General Motors, Ford and Mopar fans have been known to feud over their favorite brands, but this home-built muscle car fuses together parts and styling from all of the Detroit Big Three, making it a custom coupe that everyone can love.

This car was originally listed for sale through the Hemmings classifieds section for $25,000, but the ad has since been taken down, so it’s possible the car may have sold. As Hemmings outlined in a later article providing some additional detail on the nameless custom car, it was built by brothers Dmitry and Arkady Khudobin, who earn a living making custom motorcycle fairings. They built and added to the car over a 10-year period, starting with a stock 1984 Pontiac Firebird and completely re-doing the exterior with Ford and Mopar inspiration. Dmitry Khudobin told Hemmings the front end is inspired by the 1971 Plymouth Fury, while the rear takes after the 1969-1970 Mustang Mach 1 and 1970 Mustang Shelby. The rear glass is actually taken directly from a 1971-1973 Mustang, as well. The brothers were also heavily inspired by the Ford Falcon XB GT when building the car. 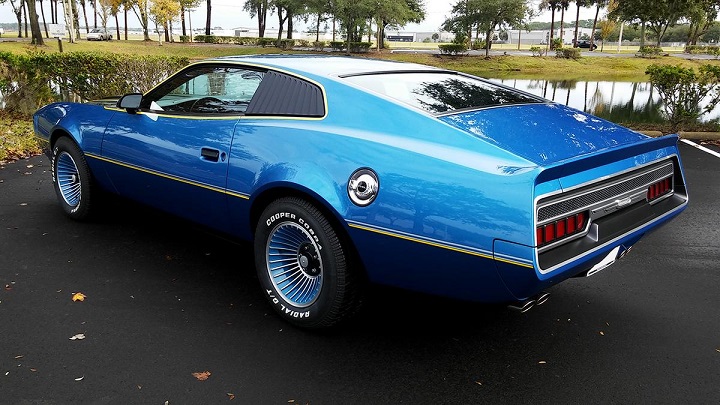 In addition to the Pontiac Firebird platform, the brothers’ homebrew muscle car also uses a 5.7-liter LT1 V8, along with the tailpipes from a 2000s Cadillac Deville sedan. The car also features a completely custom interior, which uses the A/C vents from a Pontiac G6 and the speedometer and tach from a 1996 Chevrolet Caprice. They had originally planned on keeping the interior stock, but when they raised the door waistline, they needed different window glass, which then required custom window glass and custom door cards. The interior then snowballed from there, extending to the dashboard and console. There’s also a Chevy ‘SS’ badge on the dashboard, calling upon the car’s GM roots. 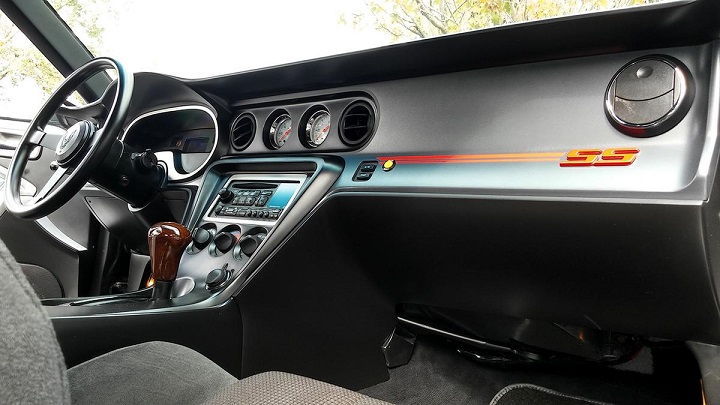 There’s even a bit of Toyota in this car, believe it or not. The metallic blue exterior color, officially called Electric Storm Blue, was first spotted by one of the brothers on a neighbor’s 2017 Toyota RAV4. A black hood accent split by yellow pinstriping and blue painted wheels complete the look.

What do you think of this homemade muscle coupe? Feel free to let us know down in the comments.