Before crossovers were all the rage, station wagons were the go-to choice when it came to moving people and things from A to B. The body style obviously sought to max out usable interior room, and few models followed through on that promise quite like the behemoth Pontiac Grand Safari. Produced between 1971 and 1978, these ground-pounding five-doors could swallow just about anything a family could throw at it, making it an ideal pick for suburban households looking to get away for the weekend. Now, the well-kept example featured here is up for sale at Classic Auto Mall. 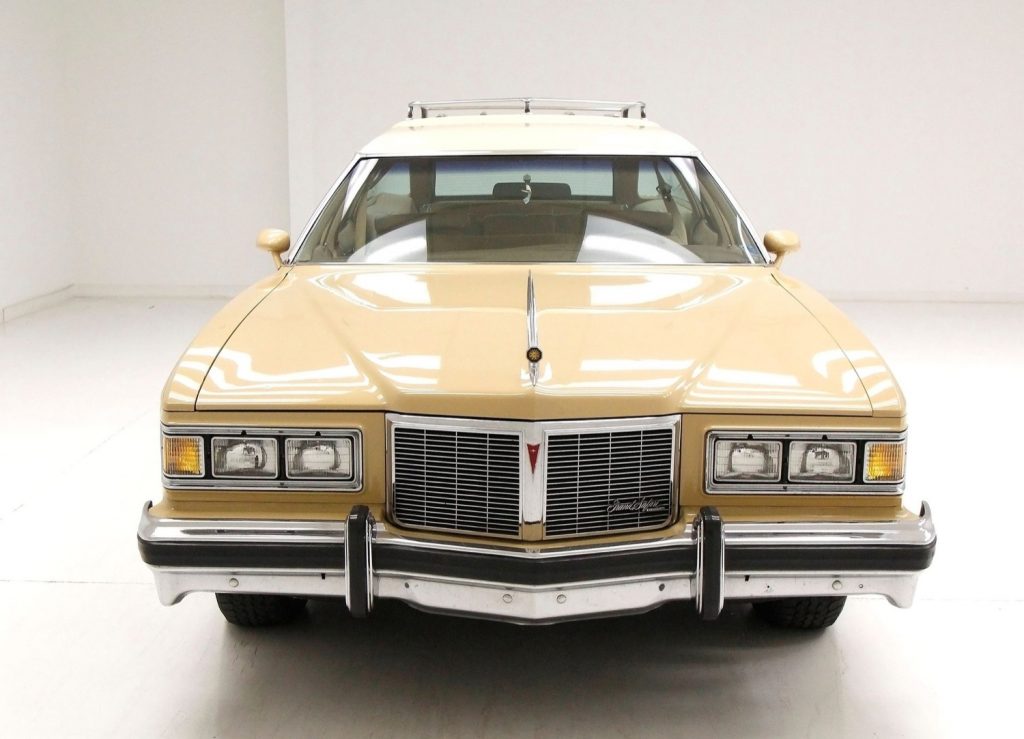 Hailing from the positively gargantuan 1976 model year (the 1977 Pontiac Grand Safari was downsized by about a foot compared to preceding models), this impressive slab of four-wheeled Americana measures in with a 127-inch wheelbase and 231-inch overall length. It also weighs in at a stout 5,300 pounds. 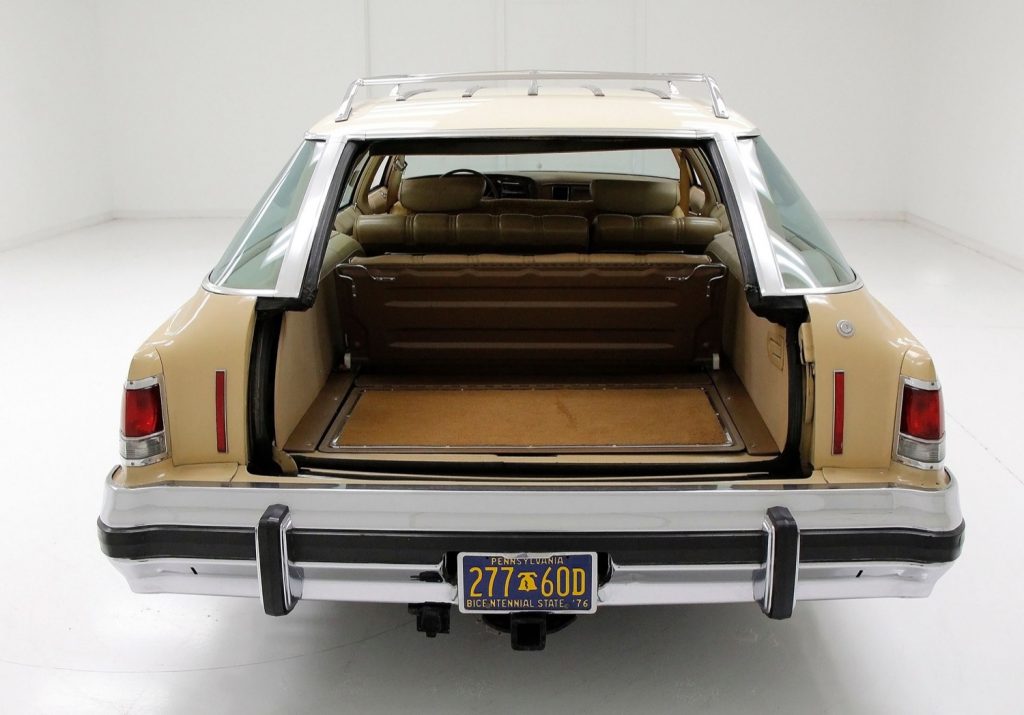 Nevertheless, all that weight and size made loading up the family and cargo a breeze, especially with the high-tech “Clamshell” rear tailgate, which features power-operated glass that slides up into the roof, while the tailgate drops under the cargo floor. It’s a neat trick, especially for the mid-‘70s, and it looks pretty cool as well. 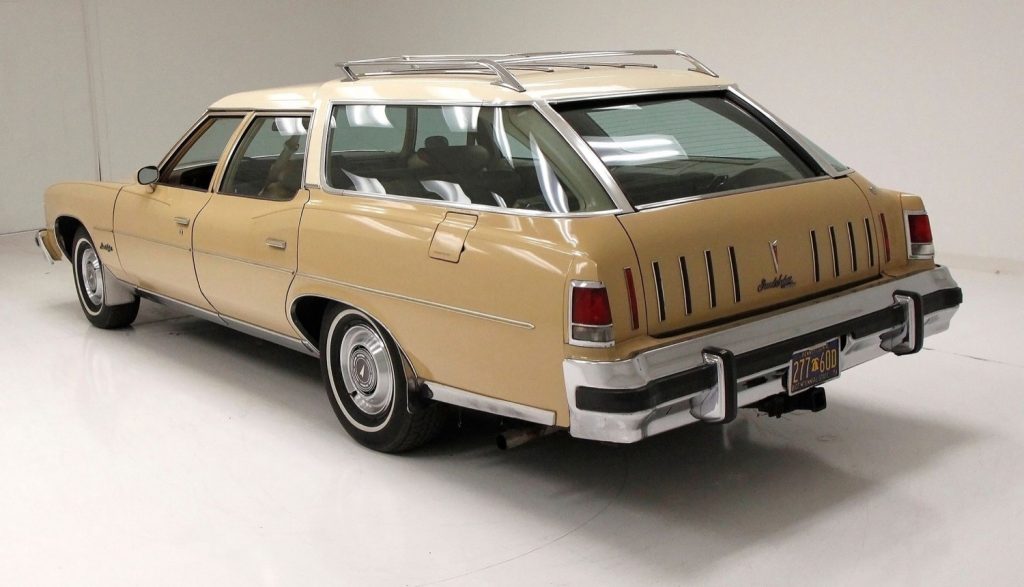 This particular Pontiac Grand Safari is covered in two-tone paint, which includes a Bavarian Creme top and Buckskin Tan lower section. According to the vehicle’s listing description at Classic Auto Mall, the paint is a one-off factory job that was added “due to owner’s wife not liking the order as it came from the factory and wanted it reversed.” 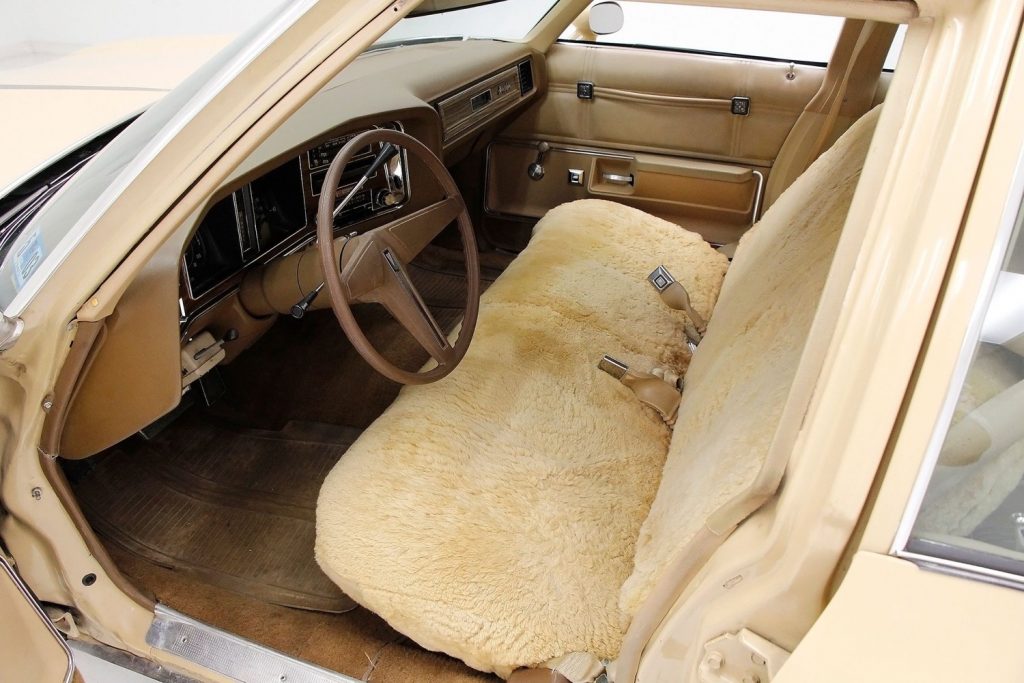 The interior is well-preserved, given the owners had no children, and simply used the car to tow their other classic vehicle to and from shows. Nevertheless, there’s seating for up to nine passengers.

As for the engine, this 1976 Pontiac Grand Safari is fitted with the top-of-the-line 455 cubic-inch V8, and comes with complementary bits like heavy-duty electrical components and a heavy-duty radiator. The ‘eight is connected to a TH400 three-speed automatic transmission. 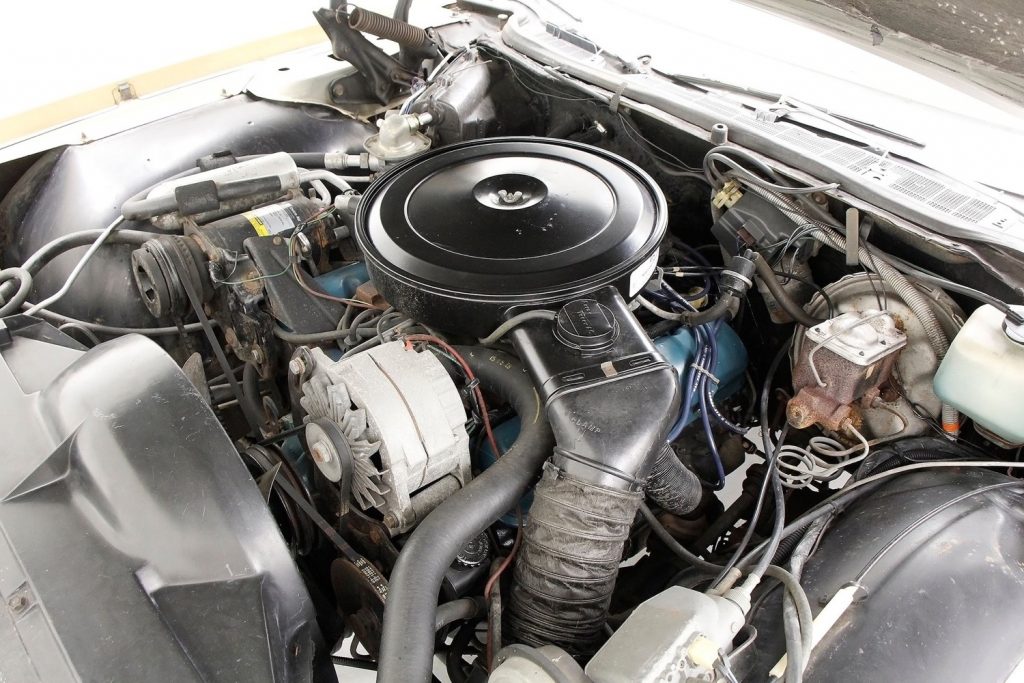 The 1976 Pontiac Grand Safari epitomizes that old school approach to making vehicles – lots of metal, lots of engine, and, well, lots of everything, really. Now, it’s up for sale at Classic Auto Mall for $35,500. 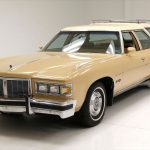 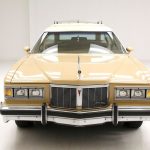 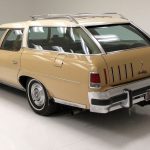 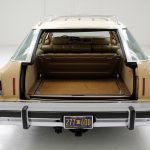 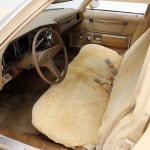 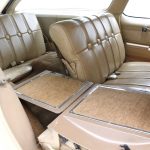 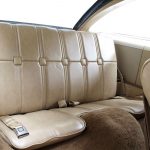 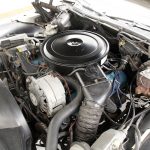 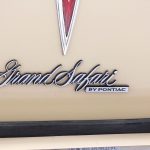