The world’s only Bertone Mantide will soon be auctioned off by Worldwide Auctioneers, giving well-to-do car enthusiasts a rare opportunity to own the coachbuilt C6 Corvette ZR1.

The oddly named Mantide was designed by now defunct Italian styling house Stile Bertone and debuted at the 2009 Shanghai Motor Show. It was originally drawn up by American designer Jason Castriota and pulled inspiration from the worlds of aerospace and Formula 1. The aerospace inspiration is on full display with the vehicle’s jet fighter-style teardrop canopy roof, while the racing theme is exemplified by its wide array of scoops of vents, along with its low-slung nose and carbon fiber body panels. 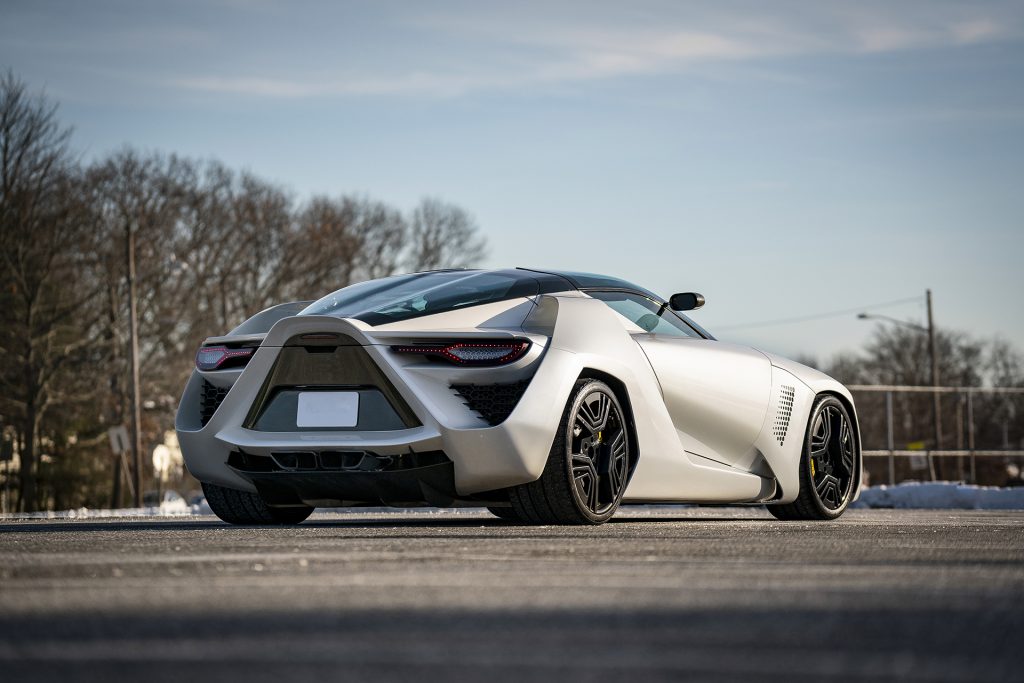 Speaking of the carbon body panels, they have helped make the Bertone Mantide around 250 lbs. lighter than a stock C6 Chevrolet Corvette ZR1. For this reason, the Mantide has slightly better performance than a C6 Corvette ZR1, despite featuring a bone-stock 6.2-liter supercharged LS9 V8 engine. At the time of its debut, Bertone said the car could accelerate from 0 to 60 mph in around 3.2 seconds and was capable of reaching a top speed of 218 mph. The 638-horsepower Small Block V8 is paired with a Tremec/GM-sourced six-speed manual transmission and sends power to the rear wheels. 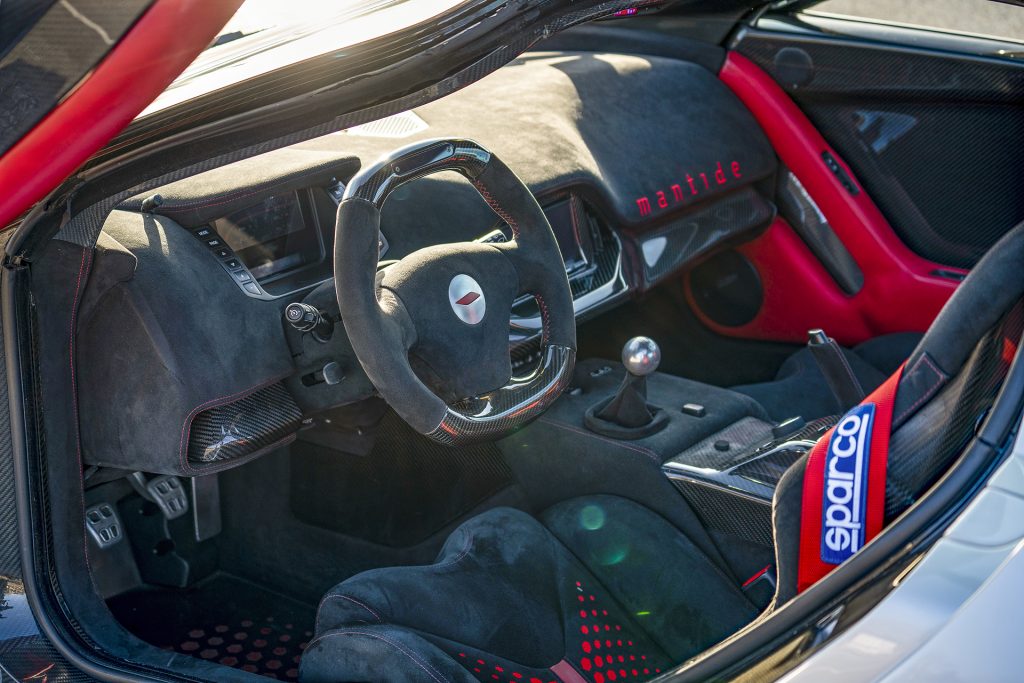 The Bertone Mantide was painted red when it first debuted in China, but the subsequent owner of the vehicle had it repainted in a shade of white called Bianco Fuji, which was originally a Ferrari color. The owner also had the interior re-trimmed in black Alcantara and installed an upgraded Pioneer audio system to replace the stock GM head unit. 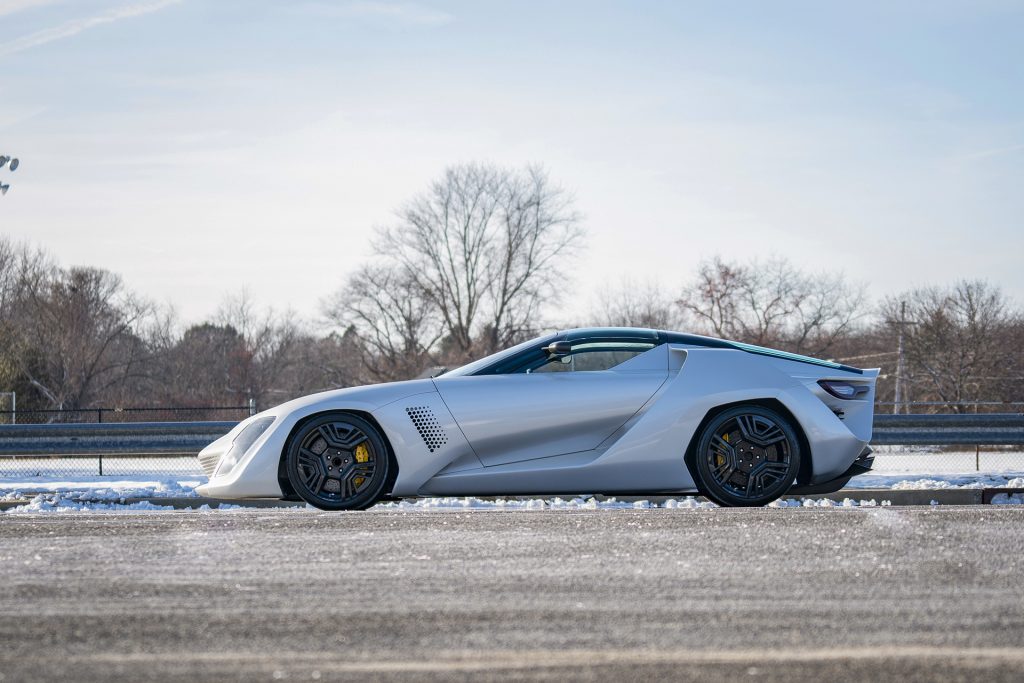 While undeniably odd, the Bertone Mantide is actually part of a lineage of coachbuilt Chevrolet Corvettes styled by Bertone. The Italian company styled the C4 Corvette-based Bertone Ramarro, which has some similarities with the Mantide, and also released custom, mid-engine version of the C4 Corvette called the Bertone Nivola. Bertone also lent its design talents to Chevy for the 1963 Testudo Concept, which was based on the Corvair.

Bertone had originally planned to build 10 examples of the Mantide, but interest in the car seems to have been minimal, as this was the only one that was ever built.

Worldwide Auctioneers did not provide an estimate as to what the Bertone Mantide will sell for when it crosses the auction block in Scottsdale, Arizona on January 15. Check out the listing at this link for additional information and photos before the gavel drops on it later this month.