The Chevrolet Corvair nameplate was produced between 1959 and 1969, with a total of two generations introduced during that time period. Throughout its lifespan, the Chevrolet Corvair saw a multitude of body styles come and go, including two-door coupes, four-door sedans, convertibles, vans, and yes, even pickup trucks. 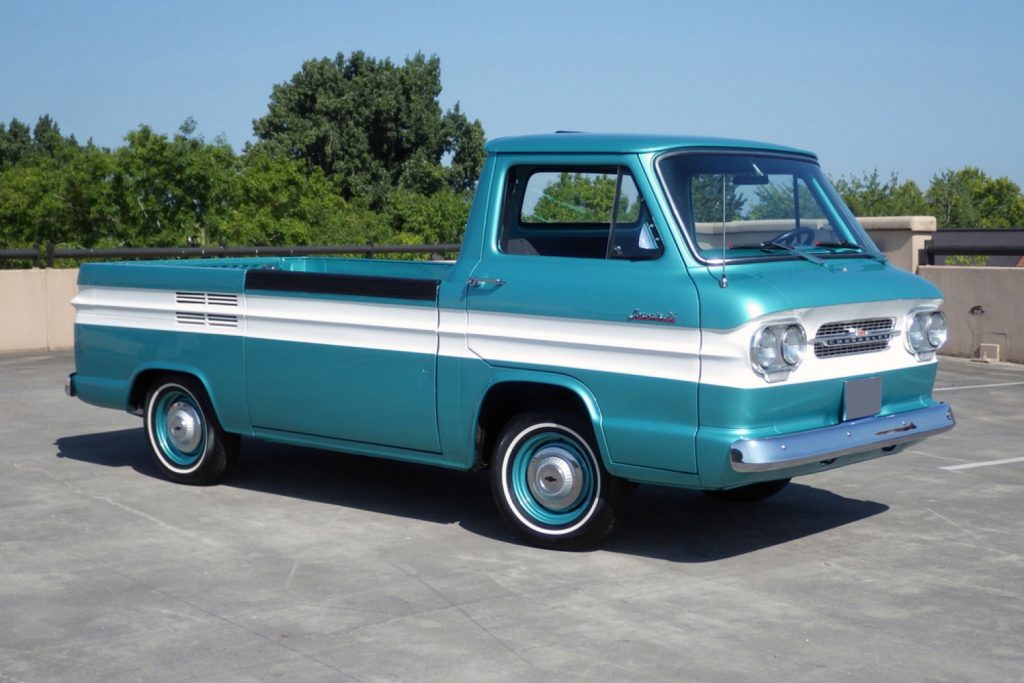 As for the pickups, two models were offered – the Rampside, and the Loadside. This particular example hails from the former group, and received a well-executed restoration to get it into the condition seen here. It looks phenomenal, albeit a bit strange by modern standards, with long, straight lines, an upright front cabin space, and a low rear bed. 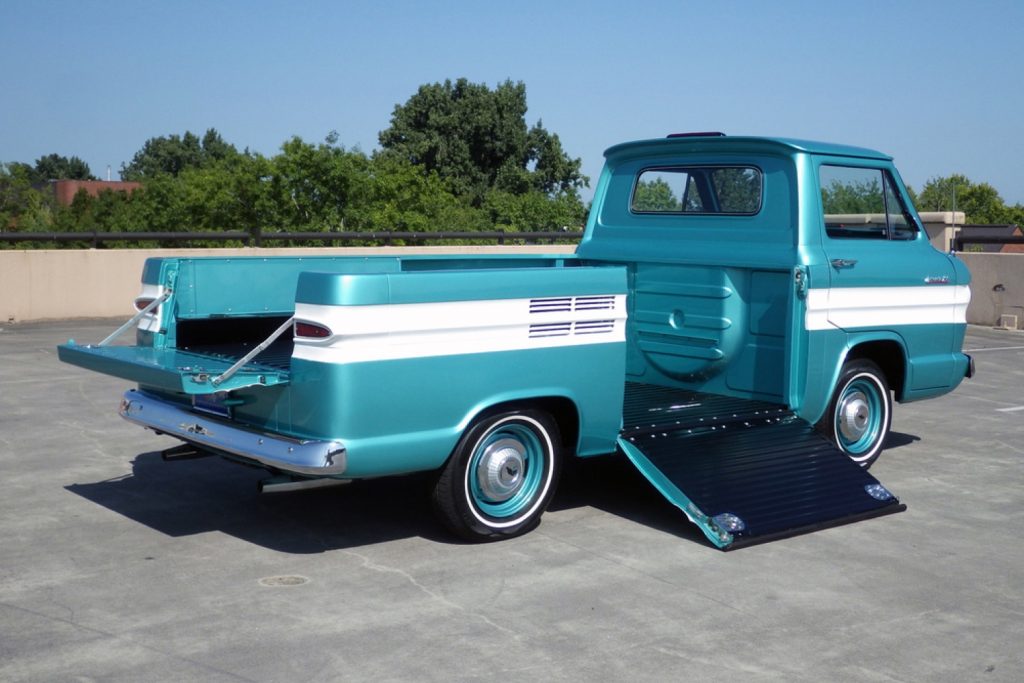 All told, this machine is in stunning condition, and features new glass and body trim, not to mention a pair of very shiny chrome bumpers. The two-tone paint includes Seafoam Teal with white stripes running through the midsection and into the rear. The corners get a set of factory-spec 14-inch wheels wrapped with whitewall tires. 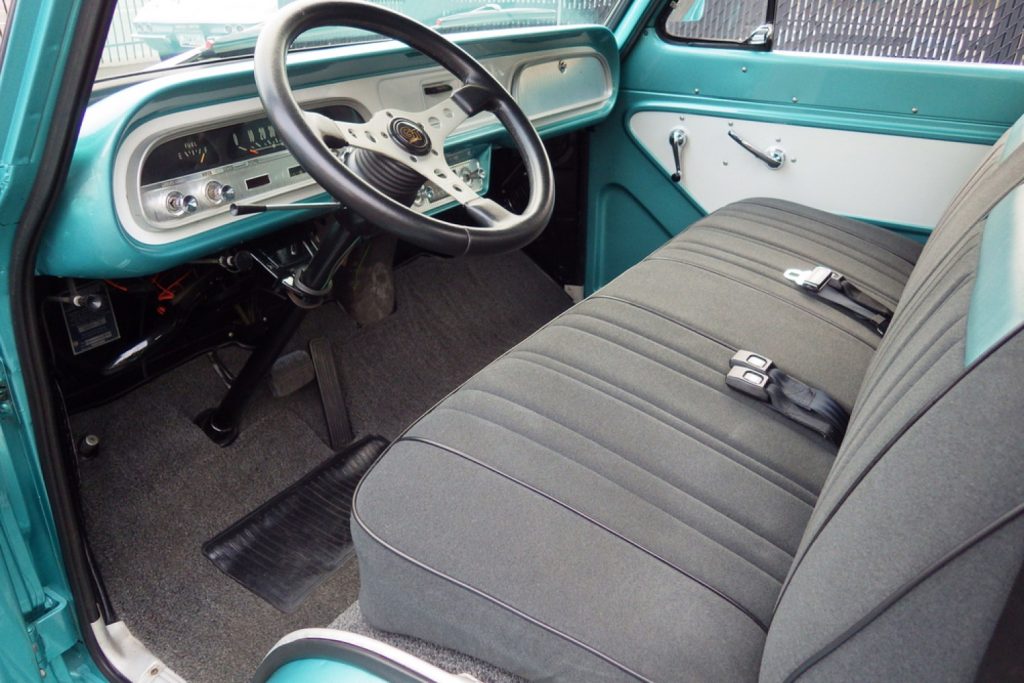 The cabin looks quite nice as well, and comes with complementary teal and white painted surfaces, as well as Graphite upholstery and carpeting. 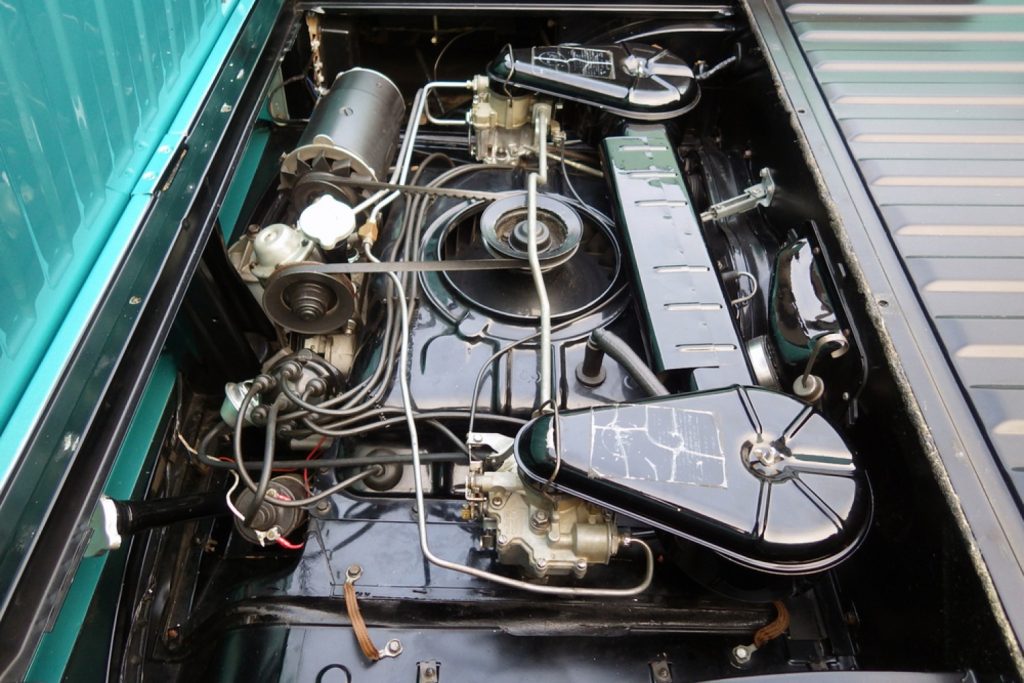 Like their car-bodied counterparts, the Chevrolet Corvair pickups feature a rear-mounted, air-cooled engine, which was mounted underneath the bed. This particular example was fitted with a rebuilt 145 cubic-inch six-cylinder with dual Rochester carburetors, which mates to a two-speed automatic transmission. There’s also a new dual exhaust system, and rebuilt front and rear suspension. 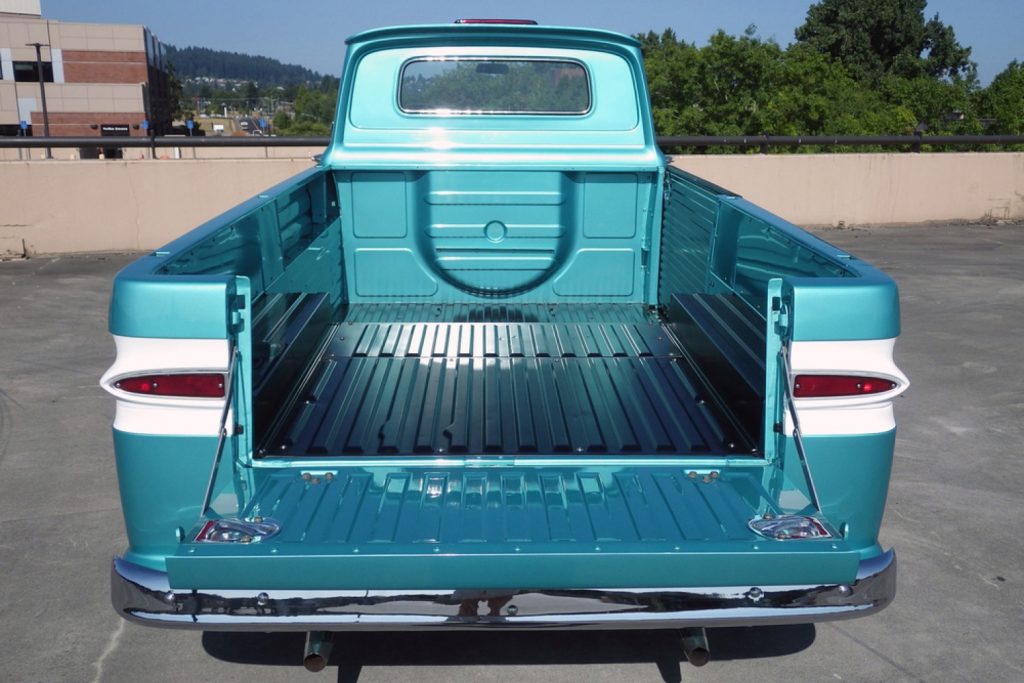 Now, this 1961 Chevrolet Corvair Custom Rampside Pickup is headed to the Barrett-Jackson Auction in Scottsdale, Arizona, as Lot #444. The auction is scheduled to commence January 12th. The truck is offered at no reserve.

In addition to the Chevy featured here, the Barrett-Jackson Scottsdale auction will also host a 1955 Chevrolet Nomad Resto-Mod, a 1969 Oldsmobile Hurst 442, and a lifted, Ferrari-themed Pontiac Fiero. 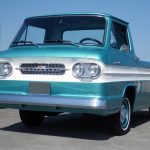 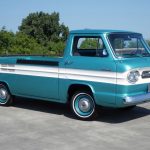 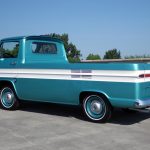 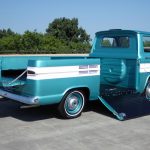 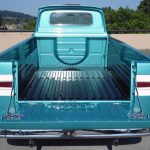 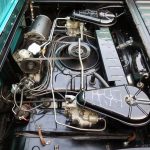 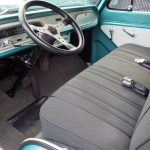