There’s no question the 2020 Chevrolet Colorado ZR2 Bison is a highly capable off-roader, with all the right equipment to handle dirt duties. But what about snow and ice? To find out, Driving Sports TV took the Bison up to the mountains to test its capabilities in a blizzard, and the result is this 33-minute, 37-second video review.

The video starts off with a quick rundown on the Chevrolet Colorado ZR2 Bison’s litany of upgrades. Built in collaboration with American Expedition Vehicles (AEV), the Bison is equipped with chunky 31-inch all-terrain rubber, a two-inch suspension lift, locking differentials, Multimatic DSSV dampers, a unique front and rear fascia, and extensive underbody protection. 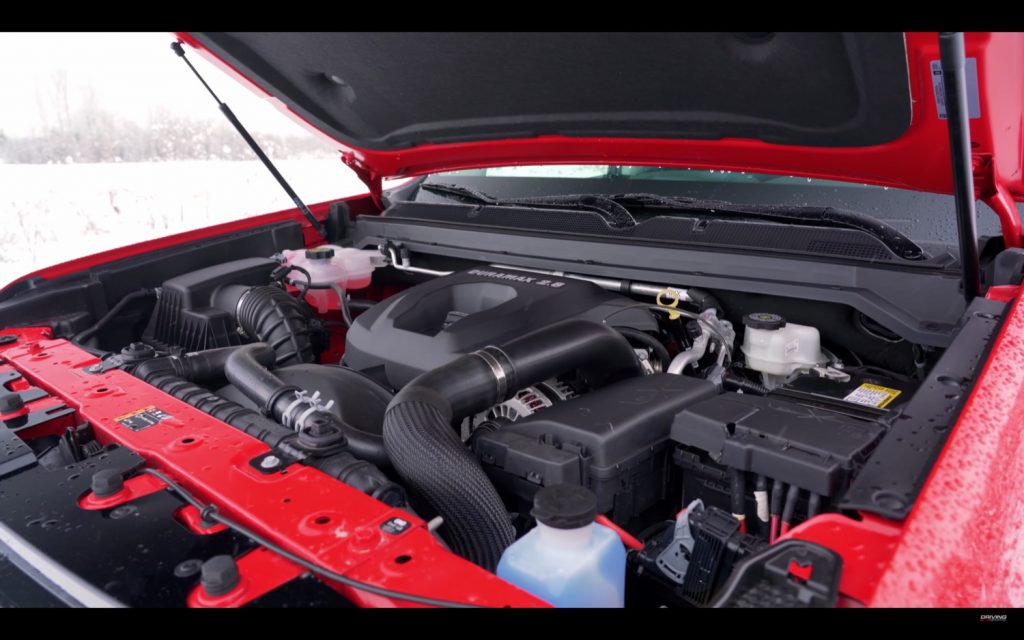 The tester in the video is equipped with the optional 2.8L LWN four-cylinder turbo-diesel Duramax powerplant, which connects to a six-speed automatic transmission and dual-range four-wheel-drive system.

According to the video review, total outlay for the setup hits at $53,345 with destination.

After going over the interior spec, comfort features, and various tech bits, the reviewer then goes over the drivetrain modes, including the automatic four-wheel-drive system and off-road mode. 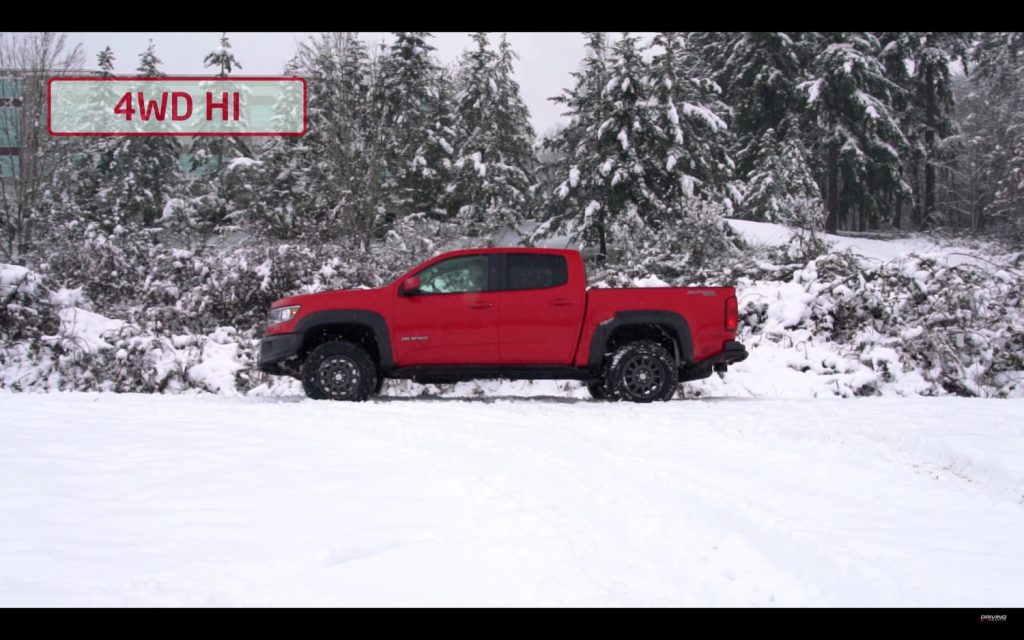 About ten minutes in, the reviewer heads up the hill and runs into some deep snow, making progress even in the cold, wet blizzard conditions. The road starts to look a little treacherous, and at one point, the truck starts to get stuck, and even begins sliding back down the hill. In response, the driver engages the lockers and off-road mode. The tires struggle to grip the icy surfaces, but after a few tense minutes (and more than a little backwards sliding) the driver gets some momentum going back up the hill. 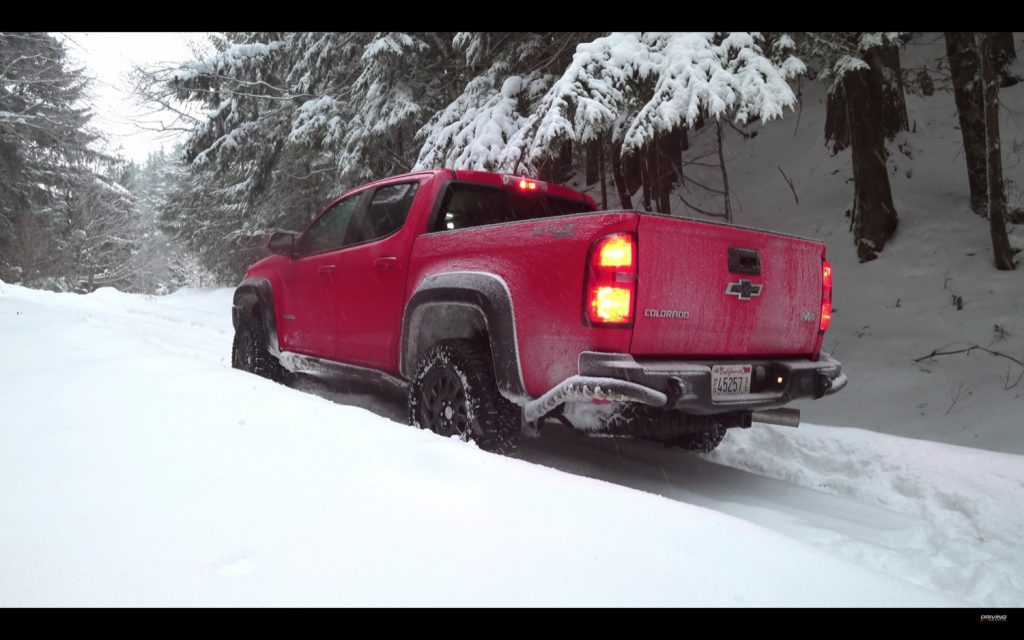 “That was a situation where it would have been really good to have chains on these tires,” the reviewer admits before pushing on.

For anyone that loves off-roaders mixing it up in the white stuff, this video is definitely worth a watch. 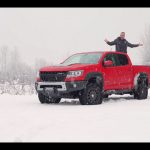 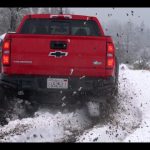 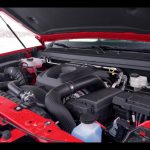 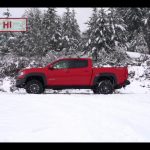 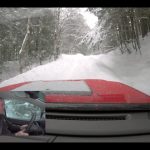 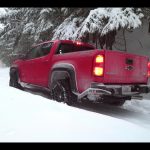 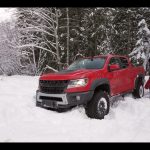