In the late 1970s, General Motors came up with the idea of producing a four-door version of the C3 Corvette, hiring California Custom Coach in Pasadena to design and build the sports car-inspired sedan. The automaker had planned to produce 40 examples of the four door Corvette each year, but with the price tag for the so-called Corvette America coming in at over $35,000, the vehicle was deemed two expensive and the production plans were abandoned. CCC built one prototype and five customer cars before GM pulled the plug, however, a handful of which still exist today.

One of these rare CCC-built four-door Corvettes is currently for sale at NBS Auto in Milpitas, California, giving Corvette collectors or enthusiast to own one the rare, little known piece of Chevrolet history. The dealer says the car has numbers matching, all-original parts “from the carburetor right down to the suspension,” so it sounds as though almost nothing on the car has been replaced – save for a few seals and other wear and tear items, we imagine. It also has just 20,000 miles on the odometer – many of which were racked up driving to and from car shows. The dealer is asking $102,562 for it, which actually seems quite reasonable given that this is an official GM-commissioned vehicle. 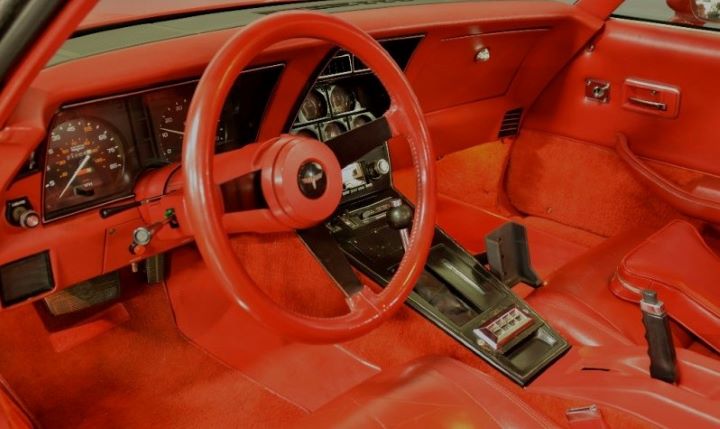 It’s easy to see why people weren’t interested in the four door Corvette America to begin with, though. It cost more than $30,000 at a time when a base model Corvette was only $13,000 and it also looked odd, to boot. The cars were assembled by cutting two donor C3 Corvettes in half, which helped retain the C3 Corvette proportions, but also made the Corvette America appear uncharacteristically long. On the plus side, the dimensions ensured rear seat passengers had plenty of space, though we imagine this also made the Corvette America much less nimble than its two-door counterpart.

Check out the listing for this rare 1 of 6 four door Corvette at this link for some additional information and photos.