Two weeks after its official launch, General Motors held the production ceremony of the all-new Chevrolet Trailblazer in South Korea. The event formally marks the series production start of Chevy’s new global SUV at the GM Bupyeong plant, which will supply both the domestic market and dozens of export markets worldwide.

As such, the 2021 Chevrolet Trailblazer is a highly strategic model for the Bow Tie brand and for GM Korea. The company states that the new “subcompact-plus” sized SUV, which fills the empty space that existed between the Trax in the Equinox in Chevrolet’s utility vehicle line, will establish itself in a segment that will accumulate the largest volume of global automotive sales within the next few years.

“Trailblazer will enhance the Chevrolet SUV line, with a stylish design that defines consumers’ individuality and expands their experiences,” said GM Korea President and CEO, Kaher Kazem, in a statement. “This new Chevrolet global SUV, proudly developed and manufactured in Korea, is the next-generation core model that will lead the brand’s future.” 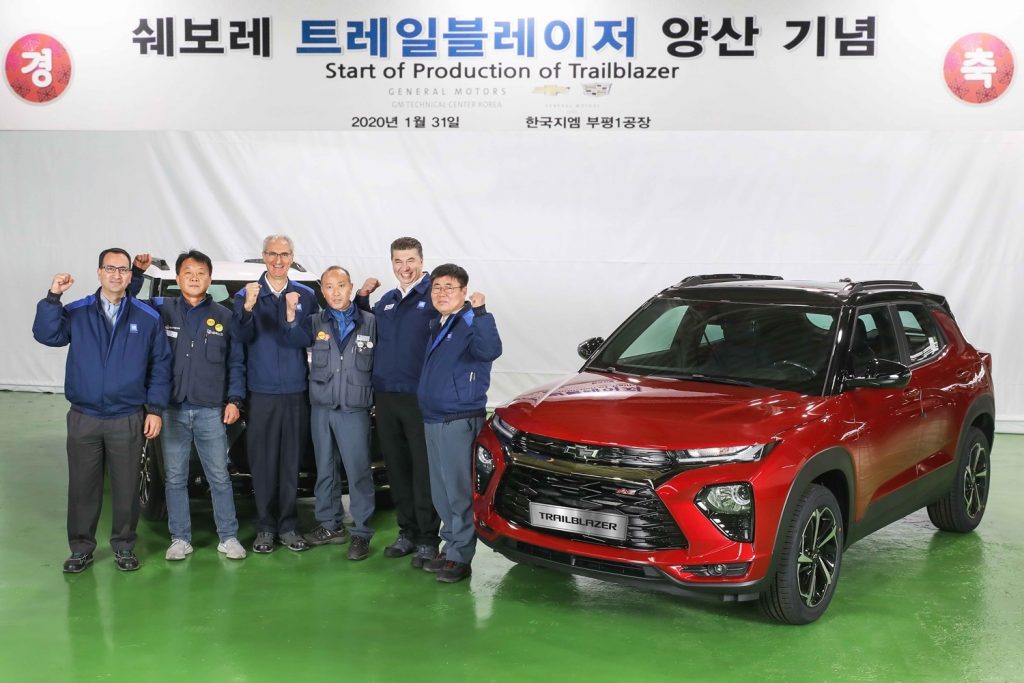 Today’s ceremony was attended by more than 100 specialized employees who played a leading role in the development of the all-new Chevrolet Trailblazer, as well as in the setup for its production at the Bupyeong plant. The team was led by Mr. Kazem, the President of the GM Korea Technical Center, Roberto Rempel, and the General Manager of the Workers’ Union, Sung-Gap Kim.

In addition, all executives and employees who participated in the start-up ceremony of the new Trailblazer have committed to high product quality before beginning deliveries to customers. In this regard, GM Korea established a stricter quality control system to ensure impeccable manufacturing quality that exceeds the expectations of national and international customers. 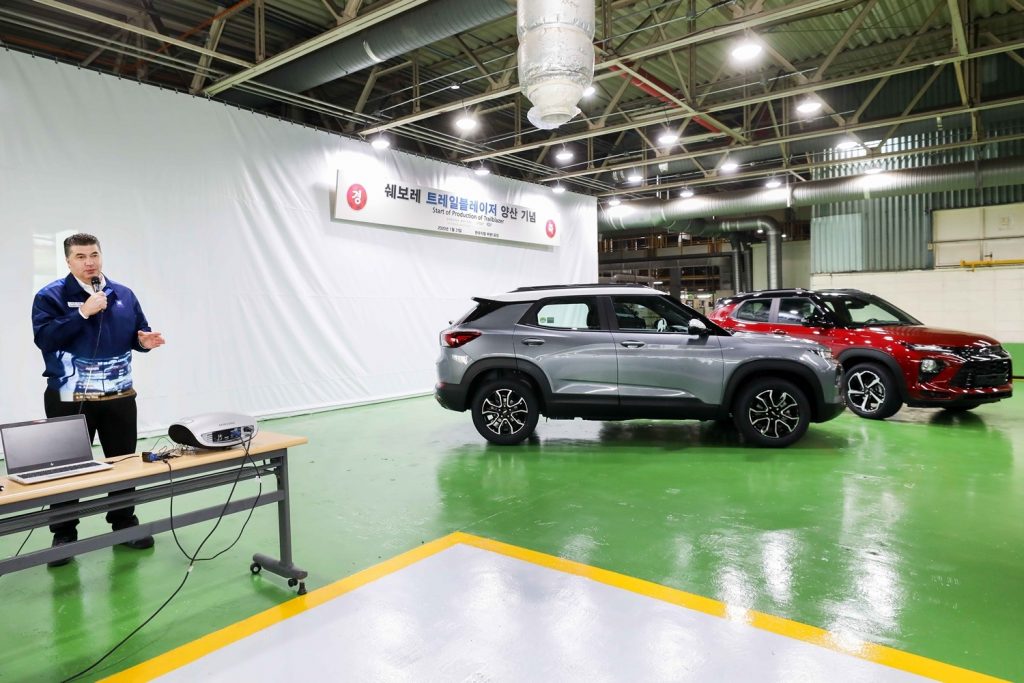 Deliveries of the all-new Chevrolet Trailblazer will begin as soon as next week in the South Korean market, where the first batch of 2020 model-year units was pre-sold online in just 15 days. Meanwhile, the first shipments to North America and the rest of the global regions are also expected to begin in the month of February.