While most of us are stuck inside this winter, pro snowboarder Austin Smith is out traveling North America in search of the best spots to throw down. Taking him and to and fro is his custom GMC Firetruck, which was converted into a full-fledged, snow-cruising RV, as featured in the following 11-minute, 11-second video. 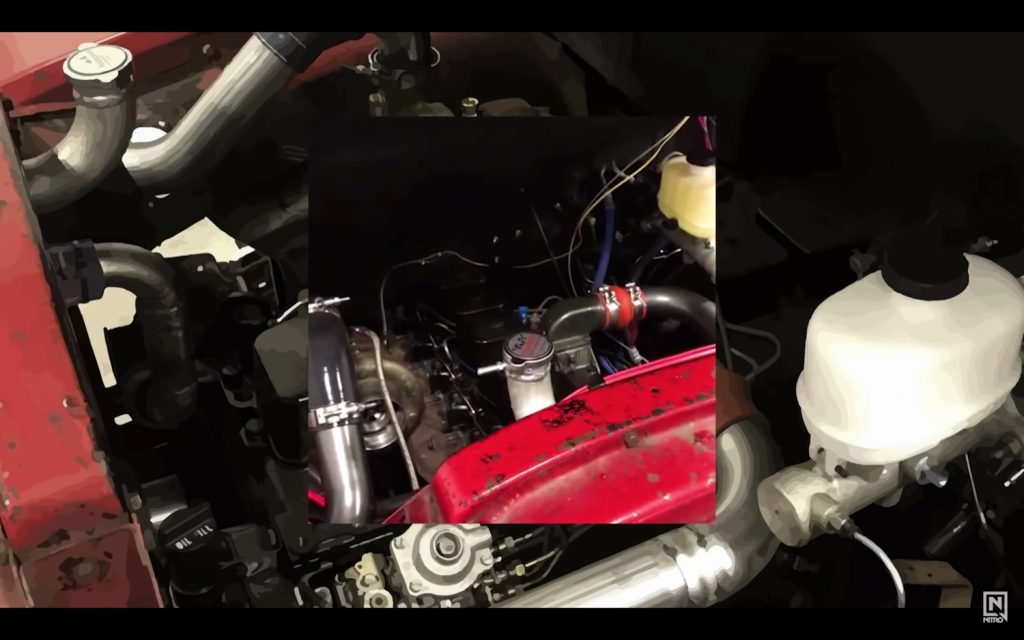 The GMC Firetruck in question is from 1953, and was retrofitted with a number of custom touches to make it worthy of live-in snow duty. This includes a 4WD conversion and modern Cummins turbodiesel powerplant, not to mention a wood-paneled living space out back with enough room to sleep, eat, and cook. 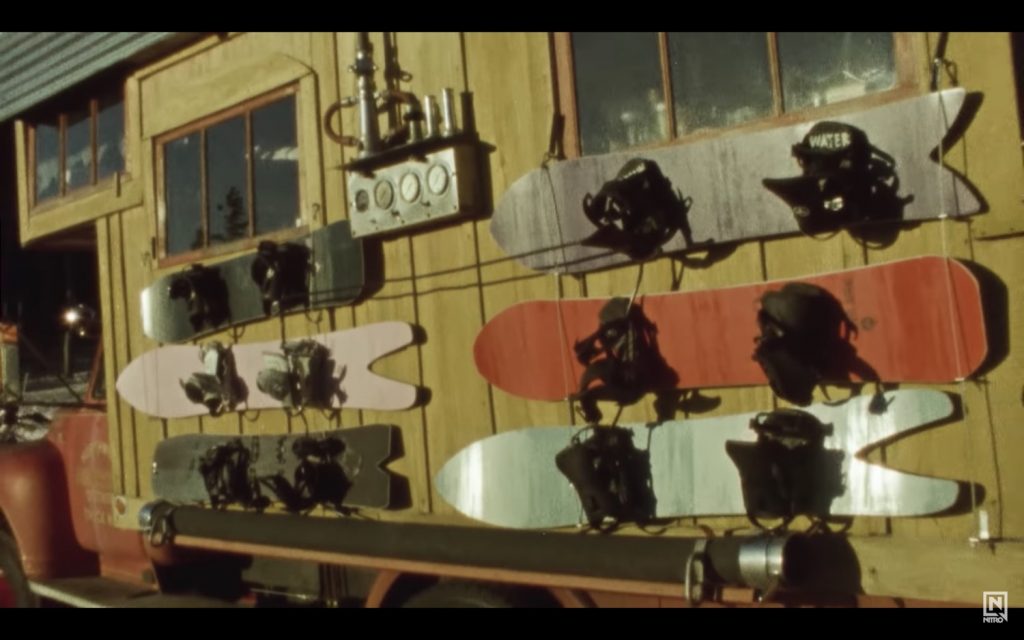 Keeping it warm in the converted GMC Firetruck is a small wood-burning stove, while Smith’s numerous shred sticks are mounted outside. He also managed to mount a dirt bike to the front of the truck.

Smith says he built his retrofitted GMC Firetruck in order to get back to his teenage roots, when he was snowboarding more regularly than at any other time in his life. 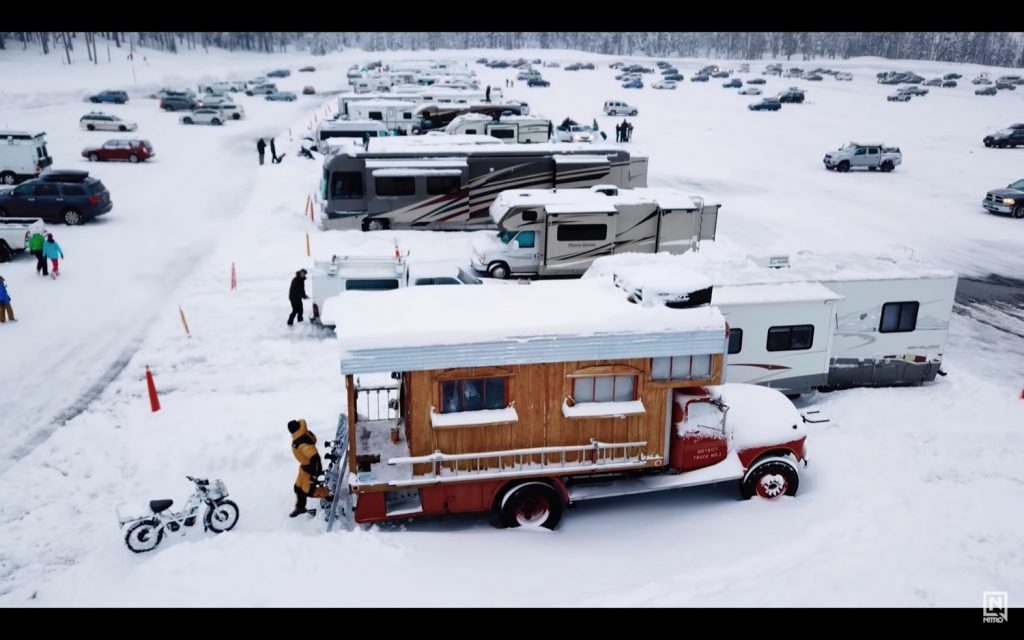 “The intention was just to go back to my 15-year-old self, snowboard every single day, which means traveling less,” Smith explains in the video. “Because traveling takes up days snowboarding, and if you don’t travel, it’s another day you get to snowboard. I just wanted to live in the parking lot and snowboard every day.” 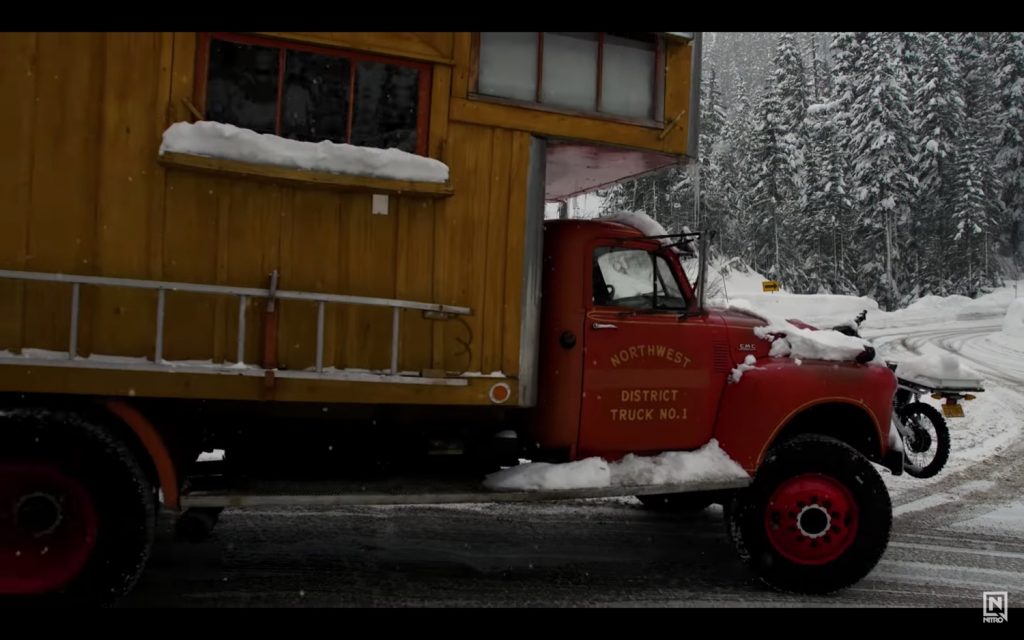 For those readers that love old GMC Firetrucks, or maybe just crave a day out in some powder, this video is definitely worth a watch. It shows Smith’s custom build out in its element as he tracks down the next local spot. There’s also some quick footage of Smith performing repairs work in a pinch. And of course, there’s loads of snowboarding action as well, if you’re into that kind of thing.

While this isn’t the most outrageous custom build we’ve ever seen, it certainly gets the job done, and looks like a fantastic conveyance in which to criss-cross the nation. Unfortunately, the very end of the video shows the custom GMC Firetruck getting a tow after breaking down, but as Smith points out, “Let it be known it did make it to Alaska, which was a surprise to everyone.” 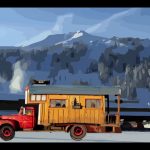 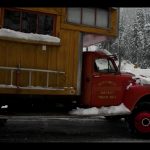 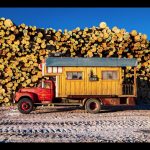 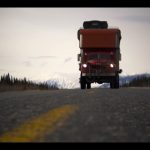 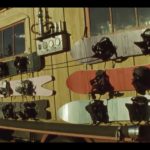 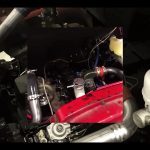 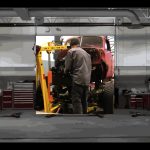 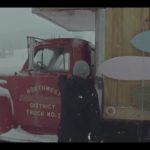 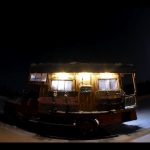 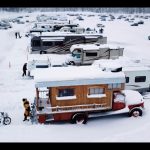 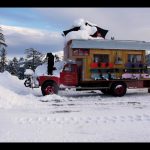