The Ford F-Series could eventually offer all-wheel steering, if a patent filing from the Dearborn, Michigan-based automaker is any indication.

The patent is for a rear steering system with an Ackermann steering linkage, and while the patent itself makes no mention of the Ford F-Series, the vehicle pictured in the example illustrations is an F-Series Super Duty. The patent also pertains specifically to a rear-wheel steering system for vehicles with a solid rear axle. More on that below. 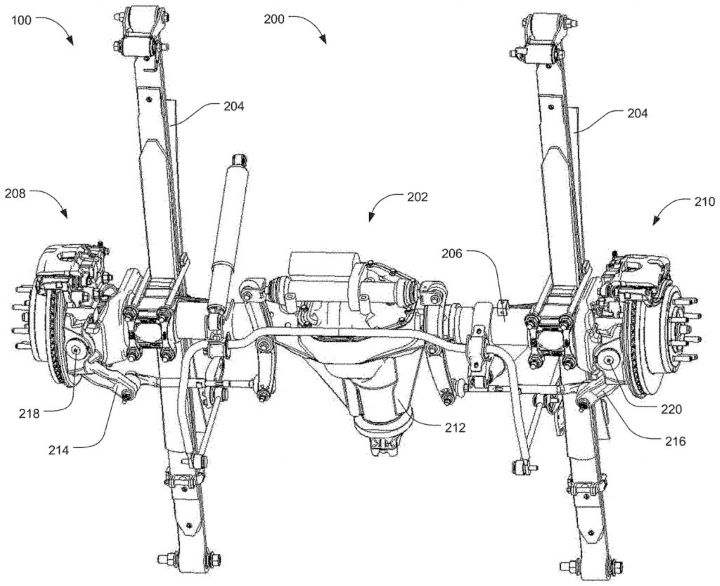 As the patent explains, “Ackermann steering geometry enables mechanically linked steerable wheels to move together simultaneously during turning and steering movements,” and prevents unwanted slip on the tires. However, certain space constraints of a vehicle’s suspension “can prevent desired Ackermann geometry between steering components,” the patent states, “thereby resulting in less than desired Ackermann (e.g., negative Ackermann) and reducing vehicle maneuverability, handling and/or performance.” In short, Ackermann suspension helps ensure the front and rear wheels turn around the same axis. 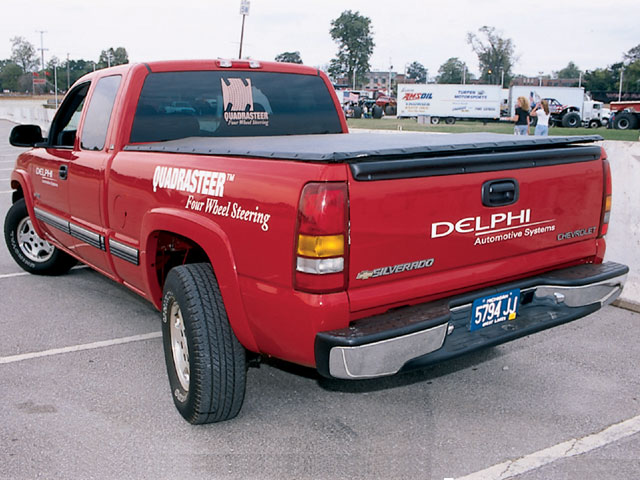 General Motors is no stranger to all-wheel steering on its trucks. Many readers of this site will be familiar with Quadrasteer, which was available as an option on GM’s full-size pickup trucks and SUVs for the 2002-2005 model years. With Quadrasteer, the rear-axle was controlled via steer-by-wire system, which could be turned on and off with a button on the dash. The front and rear wheels turned opposite of each other at low speed, giving the vehicle greater manoeuvrability, and turned in unison with each other at speeds over 45 mph for increased stability and control. We imagine the system Ford is looking at would work in a similar fashion.

You can view the patent in full at this link if you want a more in-depth explanation of the system before it potentially appears on a future Ford F-Series.