Rumors of a Corvette hybrid have been on our radar for a while now, dating back to the December 2015 trademark filings of Corvette E-Ray. And now, brand new spy shots obtained by GM Authority show what is believed to be the upcoming C8 Corvette E-Ray undergoing testing. 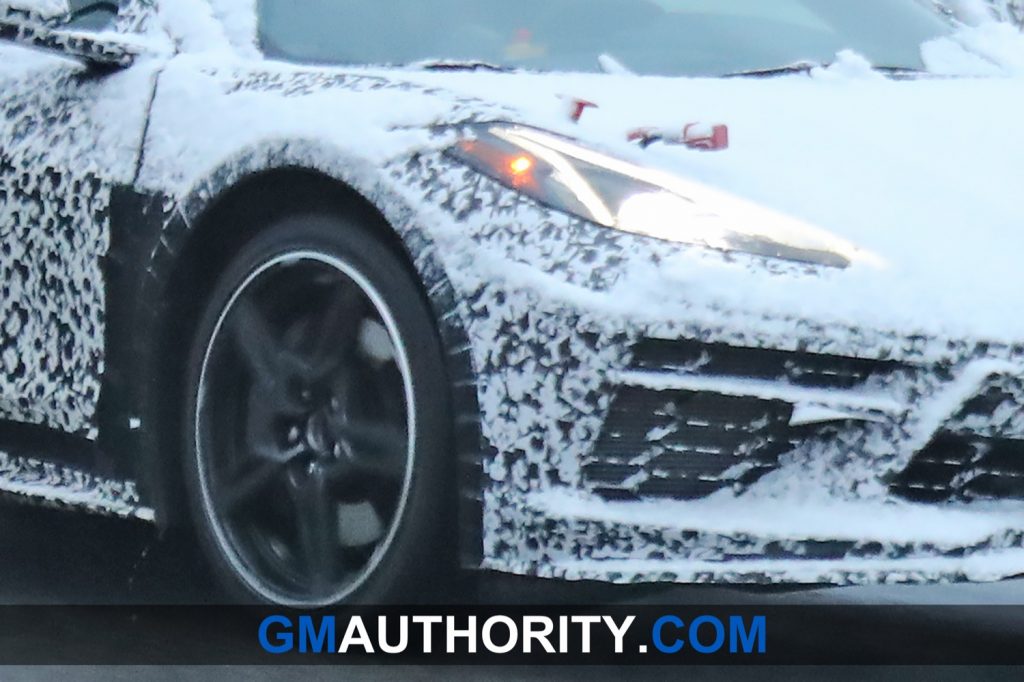 The tell-tale sign that we’re looking at a C8 Corvette Hybrid is the orange charging harness protruding from beneath the front cargo cover. Other than those cables, the exterior does not seem to contain any other visible differences from a 2020 Corvette with the optional Z51 performance package. 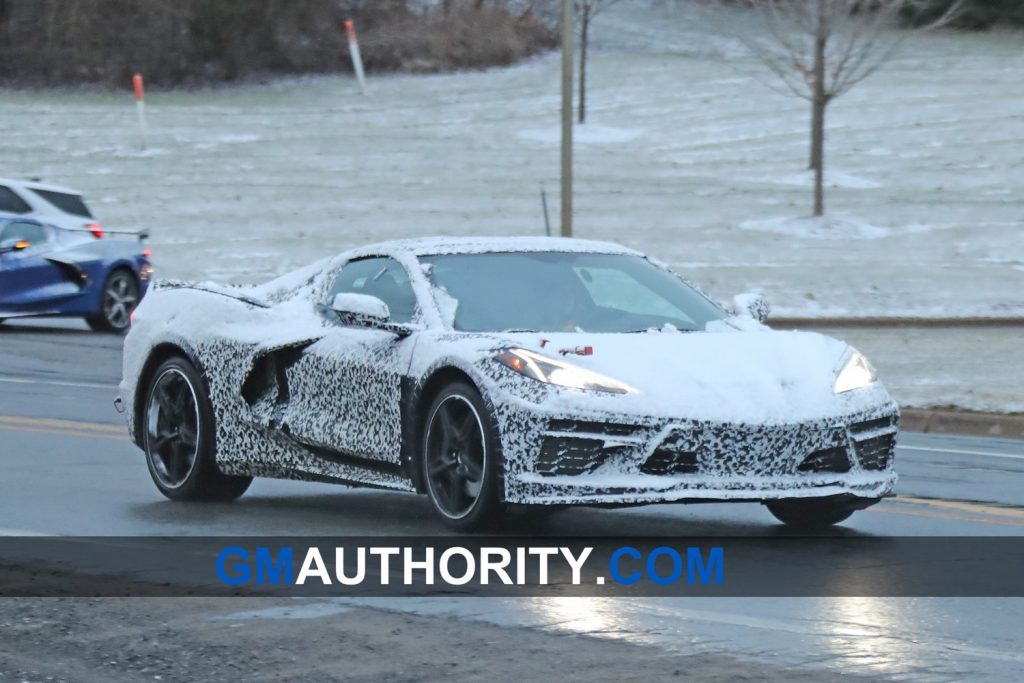 The Corvette E-Ray is expected to be analogous to the current Stingray model, but with a hybrid powertrain consisting of an electric drive unit placed in the front cargo area plus four 1.94 kWh batteries located in the middle of the car. Peak output of the hybrid system is expected to be around 85 kW (115 horsepower) and 111 pound-feet of torque, with some rumors pointing to the electric motor being able to spin to 16,000 RPM. 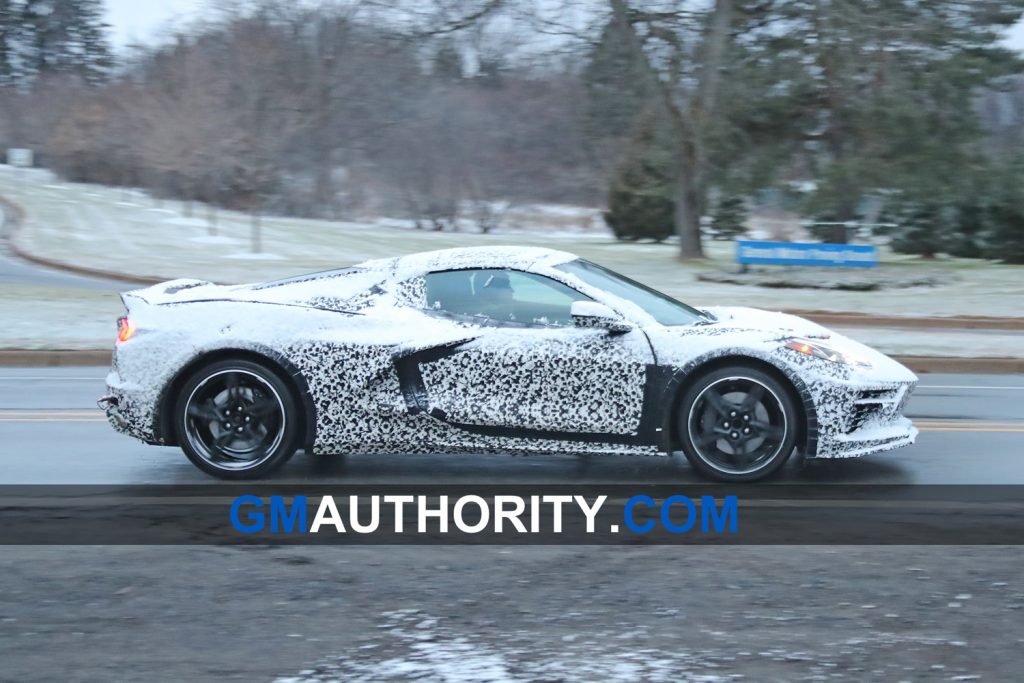 The hybrid system will be mated to the atmospheric 6.2L V8 LT2 gasoline engine good for 490 horsepower that powers the 2020 Corvette Stingray today. As such, total system power is expected to be in the vicinity of 600 horsepower, with a focus on improving performance rather than on efficiency.

The hybrid Corvette E-Ray is expected to launch either in late 2020 or early in the 2021 calendar year. It’s expected to be available as a Coupe (with the removable roof panel) or as a hard-top convertible. 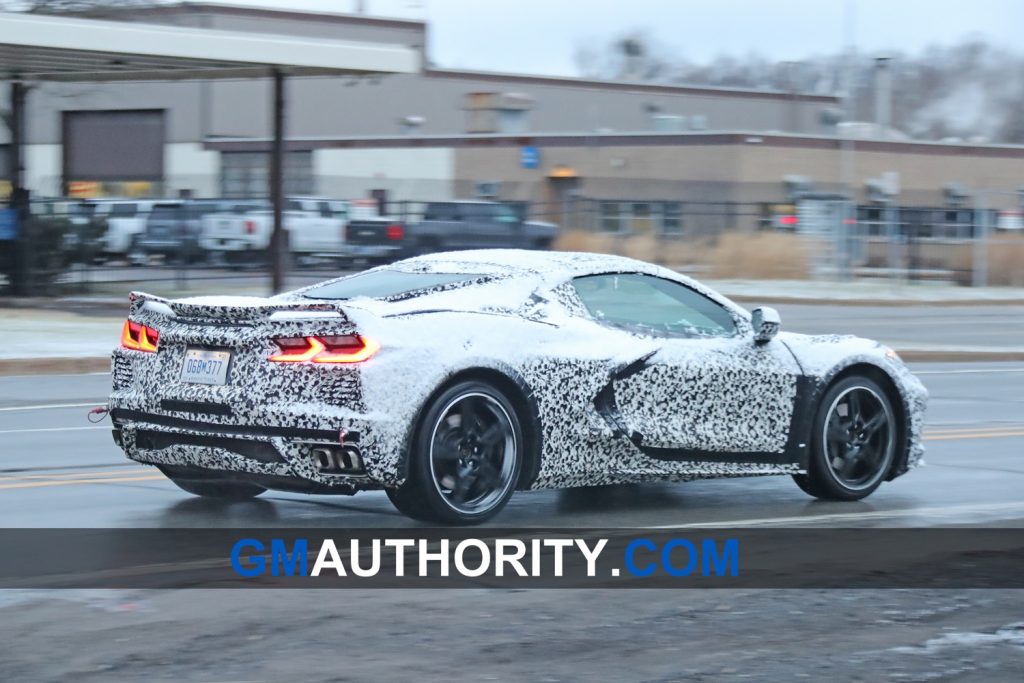 But that’s not all: some time after, GM is expected to release the Corvette Zora – a range-topping variant of the C8 Corvette that delivers an ultra-high-performance drivetrain with a twin-turbo 5.5L V8 DOHC engine and all-wheel-drive. Total output for that model is expected to surpass the 1,000 horsepower mark.

Update: Chris Bonelli from GM Communications has reached out with the following statement:

“The snowy car in your pictures is actually a very early test mule for the 2020 Stingray. The orange cable sticking out of the front hood is simply for ease of access to the 12V battery. We used this for a lot of testing that required running accessories, so this was an easy way to keep the battery charged when doing so without running the engine all the time.”