Update: we have learned that the most pictured here is not the Bolt EUV, but rather the Buick Velite 7.

GM Authority was the first to report that General Motors was working on a variant of the current Chevrolet Bolt EV called the Bolt EUV. We previously managed to catch a prototype of the upcoming model in heavy camouflage as it underwent public road testing, but we have something better for you today: our best look yet at the future Chevrolet Bolt EUV. That’s because the prototype seen here finally swapped its heavy vinyl camouflage for tight-fitting graphic camo, revealing all the key elements of its exterior design. 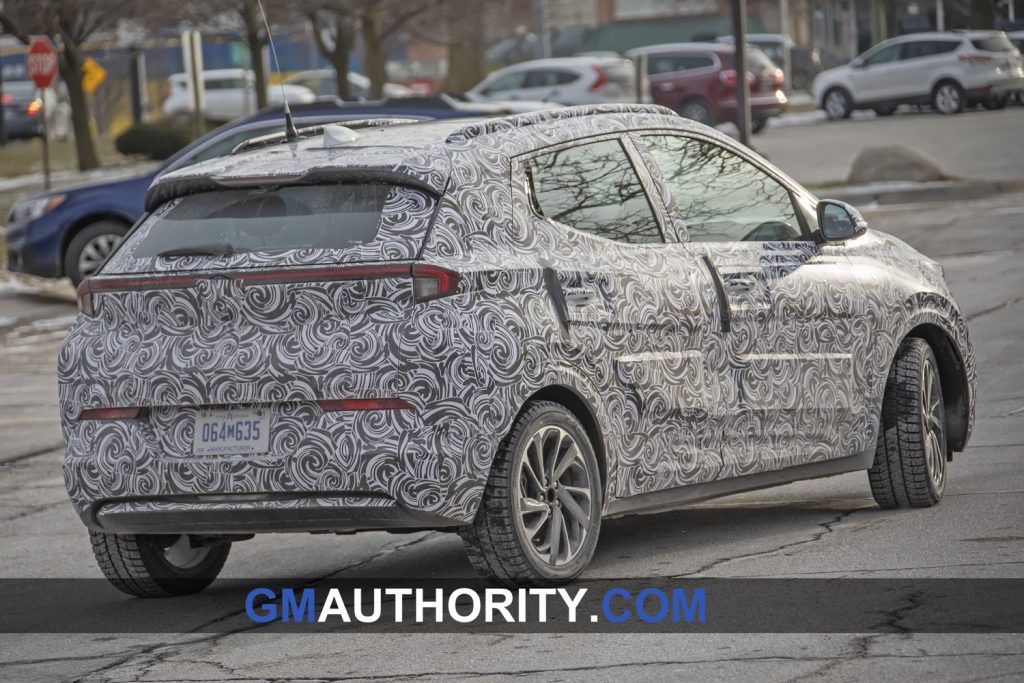 The design of the IREV prototype seen in the spy shots is identical to an image of an upcoming GM electric vehicle leaked in late 2017 via a GM presentation. At the time of the leak, however, the vehicle in question did not wear a logo, making it difficult to identify which brand will market it.

The front end features a new front fascia, bookended by new boomerang-like daytime running lights (DRLs) and prominent vertical design elements that house turn signals. It’s very much possible that these vertical slats also play a big part in the aerodynamics of the upcoming GM EV. Meanwhile, the grille is divided into a slim upper and a larger lower portion. The hood is relatively flat, especially when compared to the rapidly-sloping bonnet of the Bolt EV. 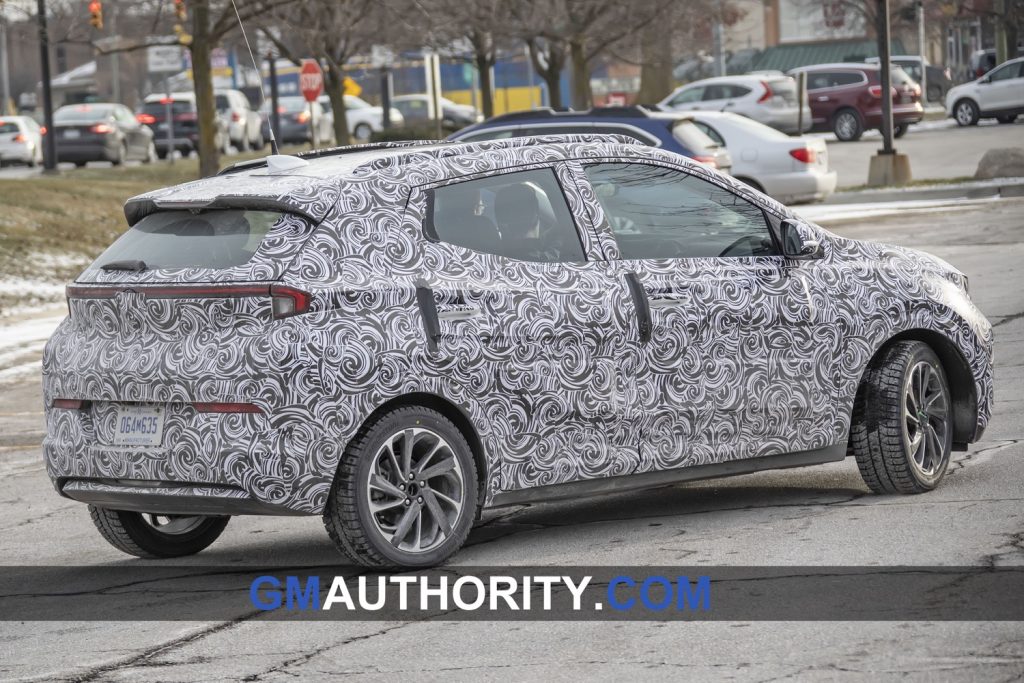 The camouflage prevents us from seeing much of the surface development of the Chevrolet Bolt EUV, but we can still see that the C-pillar design is quite slab-sided, with upright cuts to the rear door. Longitudinal roof rails are prominently placed on the roof, which also appears to have cutouts for a sunroof. Other notable elements of the side profile include integrated turn signals in the wing mirror as well as a Daylight Opening (DLO) treatment with an upward slope on the rear door. 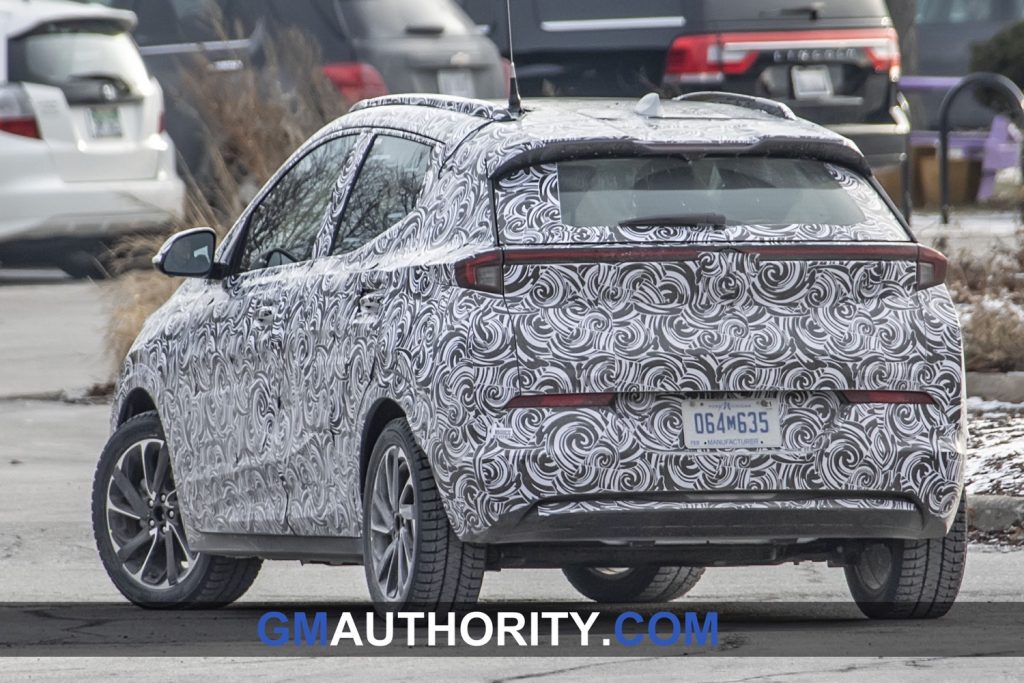 Things get more interesting out back, where the Chevrolet Bolt EUV prototype features a tail light treatment that spans the width of the entire vehicle. It doesn’t seem that the horizontal graphic is part of the camouflage meant to throw off the eye, either. The tail light design also wraps around to the rear haunches, much like on the leaked image. A set of reflectors is present and accounted for at the lower portion of the rear end. No exhaust pipes are present here – as this is a battery electric vehicle. 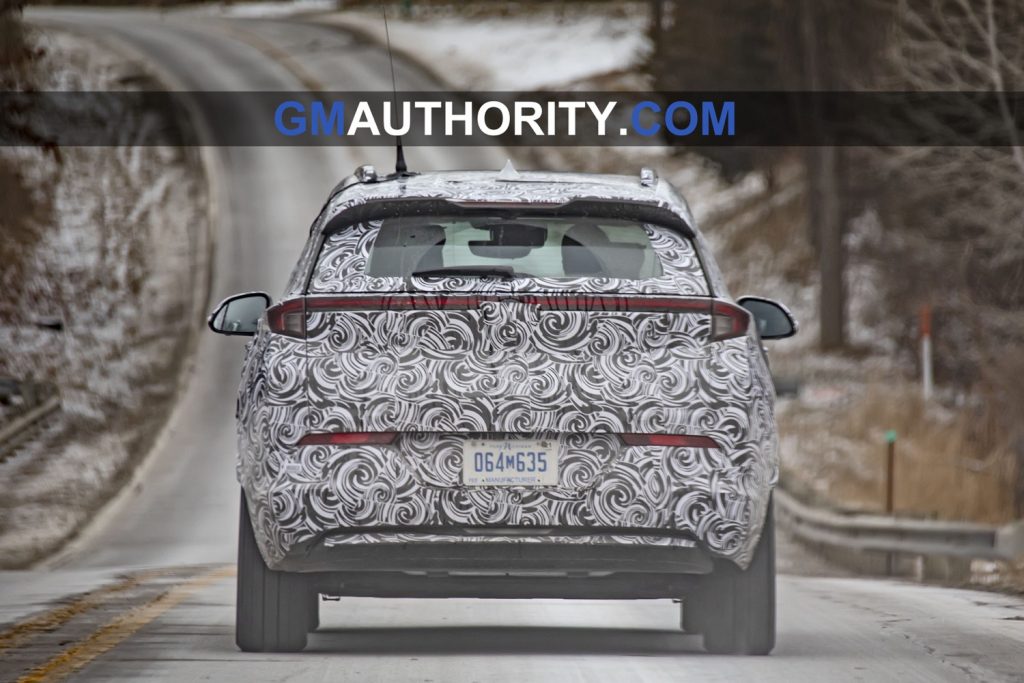 The Bolt EUV nameplate is believed to stand for “electric utility vehicle.”  GM filed to trademark the name in the third quarter of 2019. We expect the vehicle to repackage the Bolt EV platform and electric drivetrain into a different body style with a more traditional design, rather than the more “unique” style of the original Bolt EV. Expect a reveal in the near future, with a launch at the end of the 2020 calendar year as a 2021 model. 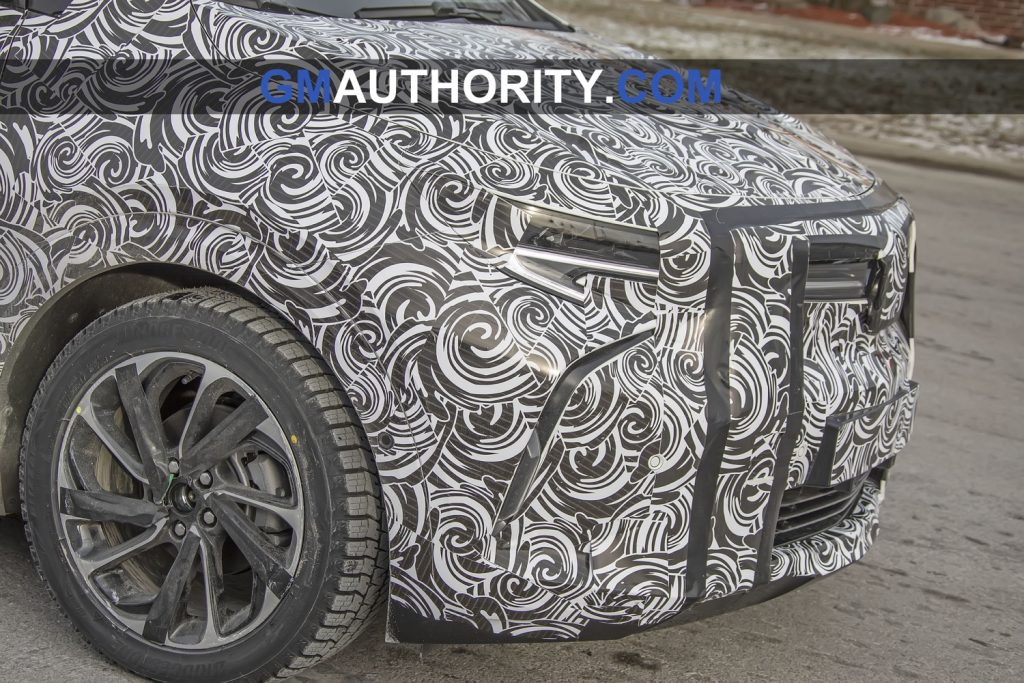