When someone mentions the Pontiac Firebird, many people will probably conjure up an image in their head of the Smokey and the Bandit Firebird Trans-Am, which helped the nameplate gain international recognition and still remains one of the most iconic cars from movie history. 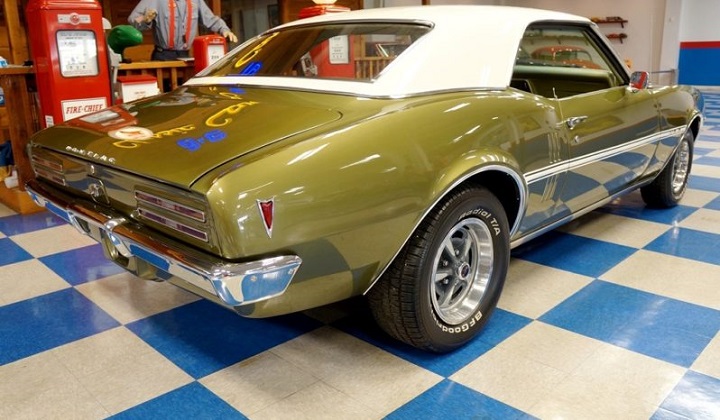 We recently stumbled across a rather unique first-gen Pontiac Firebird for sale at New Braunfels, Texas-based dealership A & E Classic Cars. While this car’s color combo isn’t nearly as iconic as Smokey and the Bandit’s black and gold scheme, the Verdoro Green exterior and vinyl green interior give this car an unashamedly ’60s vibe that we can’t help but love. 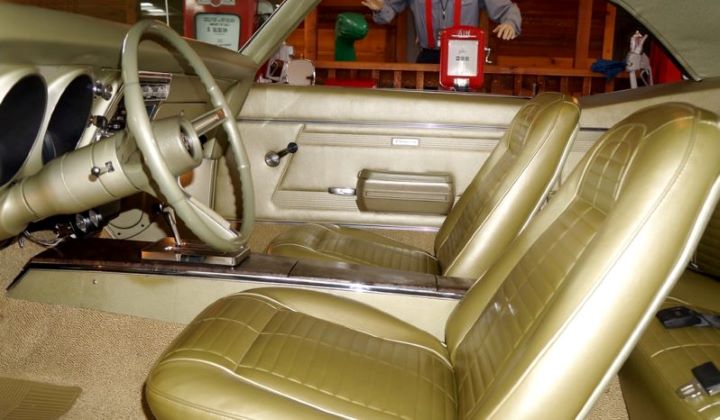 According to the dealer listing, this car features the 400 cubic inch Pontiac V8, which has been dressed up with an Edelbrock intake, carburetor and valve covers. The car has also been upgraded with aftermarket rear air shocks, a custom dual exhaust, front disc brakes and under-dash gauges. Other notable features include an aftermarket stereo and 14-inch factory-style wheels wrapped in BFGoodrich Radial T/A tires. 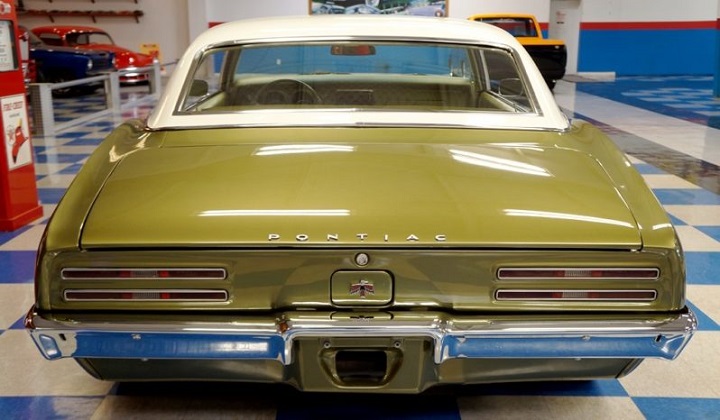 The ad does not say if this vehicle has been restored, though judging by the spotless engine bay, near-perfect interior and gleaming exterior, we imagine it was given a thorough re-working rather recently. A & E Classic Cars is asking $36,900 for the car, which is actually a bit below the going rate for a Firebird of this year and spec in excellent condition, according to Hagerty’s online valuation tool.

Check out the dealership listing at this link for some additional information and photography on this green-on-green Firebird.