The current second-generation GMC Terrain launched for the 2018 model year, introducing several big changes from the previous first-gen vehicles. Indeed, the Terrain compact crossover offers a host of good reasons to buy it, five of which we’ve listed previously (alongside five reasons not to buy it). Now, we’re taking another look at this CUV to highlight one feature which may have gone overlooked – the small “GMC” logo graphic inside the headlamp housings.

The graphic can be found directly adjacent to the headlamp’s main projector, just towards the center of the vehicle. It’s a small detail, but definitely a nice touch for those that care about such things.

The vehicle featured here is a 2019 GMC Terrain Black Edition, however, the headlamp graphic can be found across the line for all Terrain trim levels and models. That includes the LED headlamps and C-shaped lighting signatures found on the Denali trim as standard, as well as the HID headlamps and C-shaped lighting signatures as standard on the SL, SLE, and SLT trim levels.

What’s more, the headlamps also include a “Terrain” logo lower in the headlamp housings, which can be found just underneath the main forward-facing lighting element. 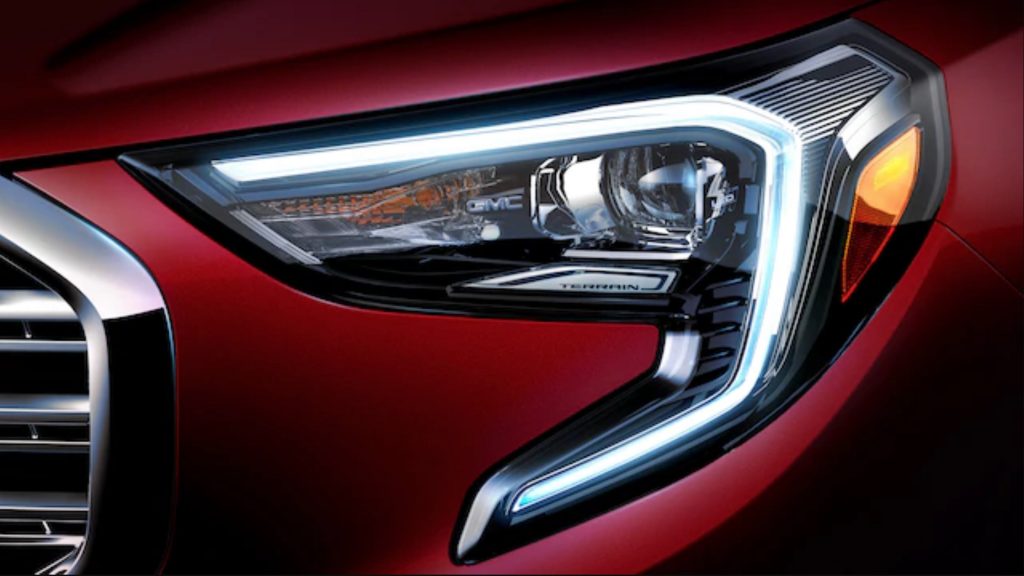 We love little details like this, and feel as though they go a long way in making a vehicle stand out from the competition. Another detail-oriented feature like this would be the all-new door handle design on the Cadillac CT5, which includes a tiny Cadillac badge on the outside corner of the handle, as we have covered previously.

As for the GMC Terrain, we also like the compact crossover’s cool interior shelf feature, which can be found next to the passenger-side air vent, and is ideal for holding things like wallets or phones thanks to a sturdy rubber lining. 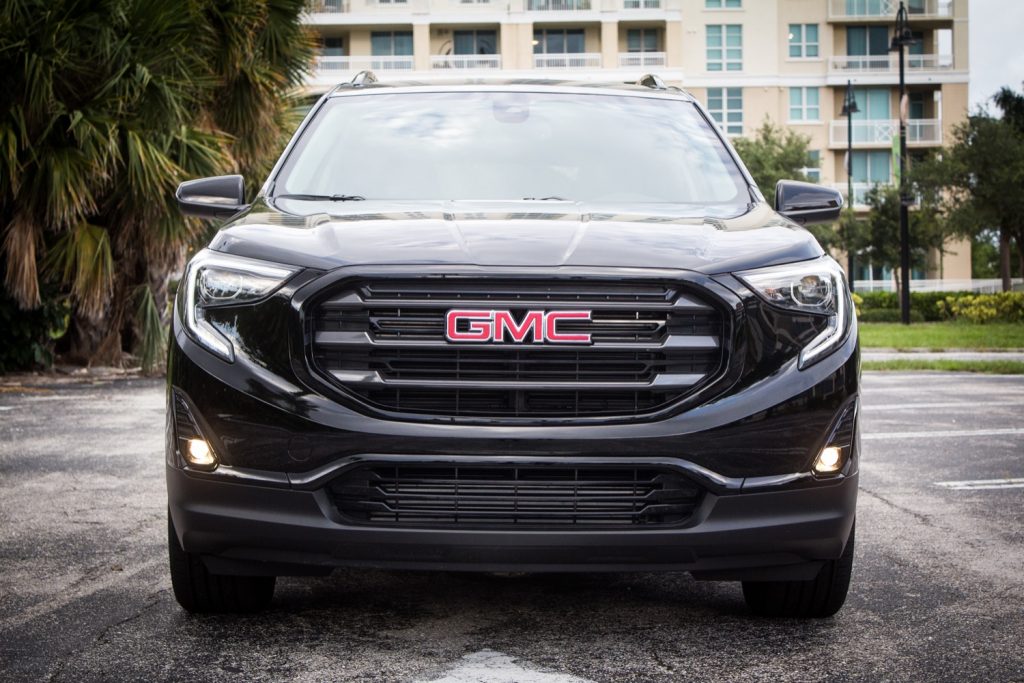