General Motors will offer a front-end leveling kit for the Chevy Colorado and GMC Canyon, GM Authority has learned.

The kit will be a dealer-installed, LPO-level item introduced for the 2021 model year, according to sources familiar with GM’s parts and accessories operations. It will be available in conjunction with the following models:

* – Only for the AT4 off-road performance edition package, which is optional on the new Canyon AT4

As of this writing, the kit will has yet to be assigned a part number. It’s also not available in the GM parts catalog, and pricing info is not available. In addition, it’s unclear whether the kit will be compatible with prior model years of the second-generation Chevrolet Colorado and GMC Canyon. Both trucks went on sale for the 2015 model year. 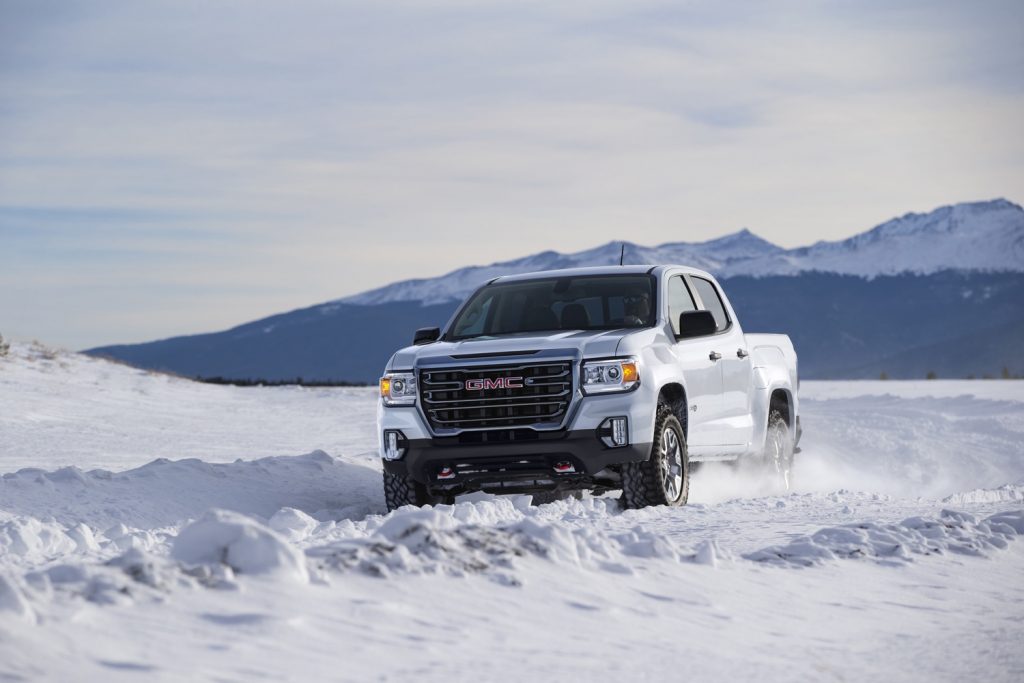 Upon reaching out to General Motors for more information, GM Authority was told that it has no further details to share at this time, and that information will be released later this year in regards to specs, functionality and pricing.

Though unconfirmed, the front end leveling kit likely does exactly what the name implies – gives the Colorado and Canyon midsize trucks a level appearance by eliminating the factory rake, wherein the front end is lower than the rear. In addition, some aftermarket leveling kits also give owners the ability to run larger tires on factory wheels. Those aftermarket leveling kits can range from anywhere between $60 to $500, depending on various factors such as the parts material and the way in which the front-end lift is accomplished mechanically.

The Chevy Colorado and GMC Canyon launched to much fanfare back in 2014. The Colorado quickly rose to become the second best-selling model in its segment. But in the recent past, both models have seen sales slip as new entrants – particularly the new Ford Ranger and Jeep Gladiator – have swayed new buyers, while the Toyota Tacoma remains the best-selling model in its segment.

Luckily, the Colorado and Canyon are slated for an overhaul around 2023. The trucks will ride on an updated version of the GMT 31XX platform, internally dubbed 31XX-2.