The full-size pickup truck segment is hotly contested, highly competitive and if done right, extremely profitable. Not surprisingly, then, the Detroit Big Three takes the battle for pickup supremacy rather seriously. They constantly have their eye on each other’s page and aren’t known to shy away from taking a jab at each other in their pickup marketing  material.

General Motors certainly isn’t scared to take a shot at Ford or Ram in its truck ads. The automaker released an ad in 2016 in which it attempted to prove the Chevrolet Silverado‘s steel bad was superior to Ford F-150’s aluminum bed by dropping heavy objects onto the bed from about roof height. The ad drew some criticism, with many online pointing out that the trucks did not have a bedliner installed – which virtually all pickup owners will have. Still, GM said the ad effectively demonstrated an advantage it had over the competition, and in this crucial, money-making segment, it’s easy to see why manufacturers don’t want to pull any punches. 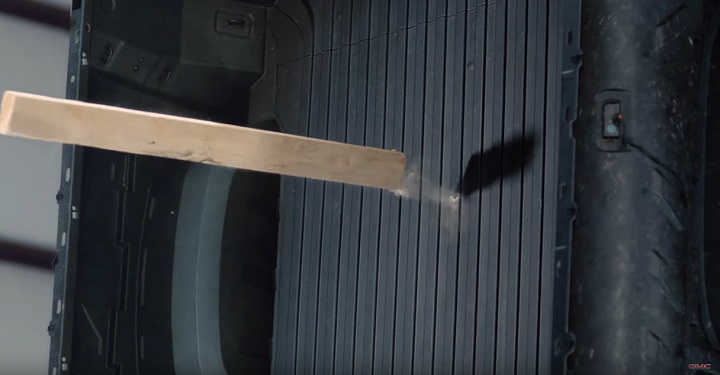 GM recently released a new series of ads that put its pickup truck rivals in the crosshairs. The ads, which are currently airing during NFL Sunday broadcasts, feature clips of heavy projectiles like bricks, rocks and wood being launched out of an air cannon at the GMC CarbonPro carbon fiber bed. After the CarbonPro bed the projectiles on the chin without so much as a scratch, the same projectiles are then launched at traditional steel and aluminum beds from rival manufacturers. The projectiles dent, scratch and even pierce right through the standard metal beds, proving the superior durability of the optional CarbonPro bed for the GMC Sierra.

“You probably won’t launch hurricane-force projectiles at your truck bed, but it’s nice to know you can,” Hollywood actor Will Arnett says in the voiceover. “Introducing CarbonPro.” 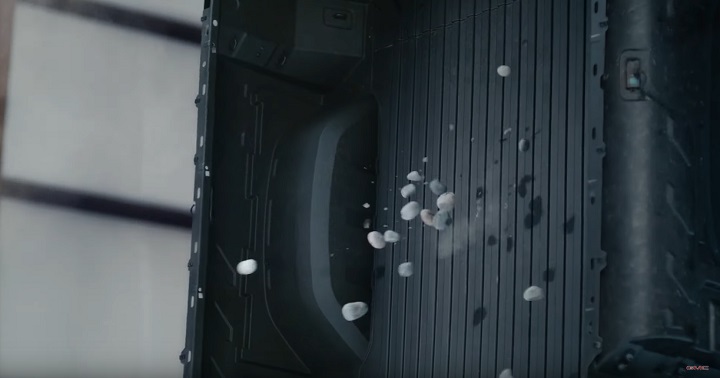 Speaking to CNBC, GMC’s vice president of marketing, Phil Brook, said his team was extremely impressed with the Carbon Pro’s performance in the test, which was intended to replicate hurricane speed winds.

“We were sort of blown away, pardon the pun, with the results,” Brook said. “It really stood up at hurricane forces. We made the comparison to conventional beds and showed the results.”

The ads will continue to appear on TV networks through to March and will also air during coverage of NCAA March Madness, Brooks told CNBC. They won’t air during Super Bowl LIV on February 2nd, however. GM is rumored to have a different ad prepared for the big game that will re-introduce the Hummer nameplate on an electric pickup, though Brooks would not speak on the rumors.

“We love football and it’s a big game. That’s all I’m going to say,” he told CNBC. 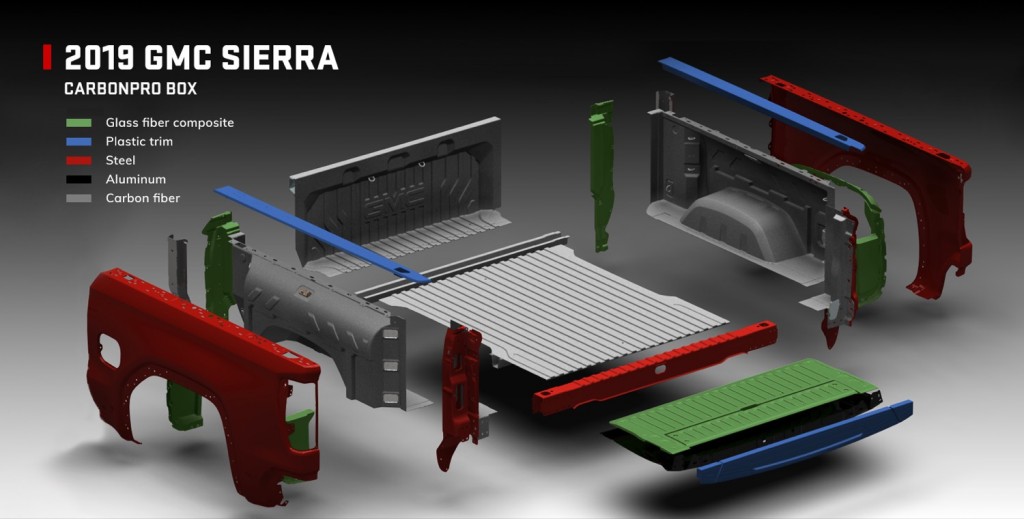 The CarbonPro bed is a carbon fiber truck box that replaces the GMC Sierra’s standard steel inner panels and floor with a lightweight carbon fiber composite called Carbon-Fiber Reinforced Plastic (CFRP). The box comprises a one-inch composite carbon-fiber thread, with CFRP sheets molded in to allow the plastic to bond with the carbon fiber. This material is less expensive than pure carbon fiber weave, but still much lighter and much more durable than steel.

An extended-length, web-only version of the new CarbonPro ad is embedded below, which shows the air cannon being used on both the carbon GMC bed and a standard truck bed. The 30-second TV advertisements, which are essentially condensed versions of the two-minute ad, are also currently on GMC’s YouTube page for those who want to watch them afterward.