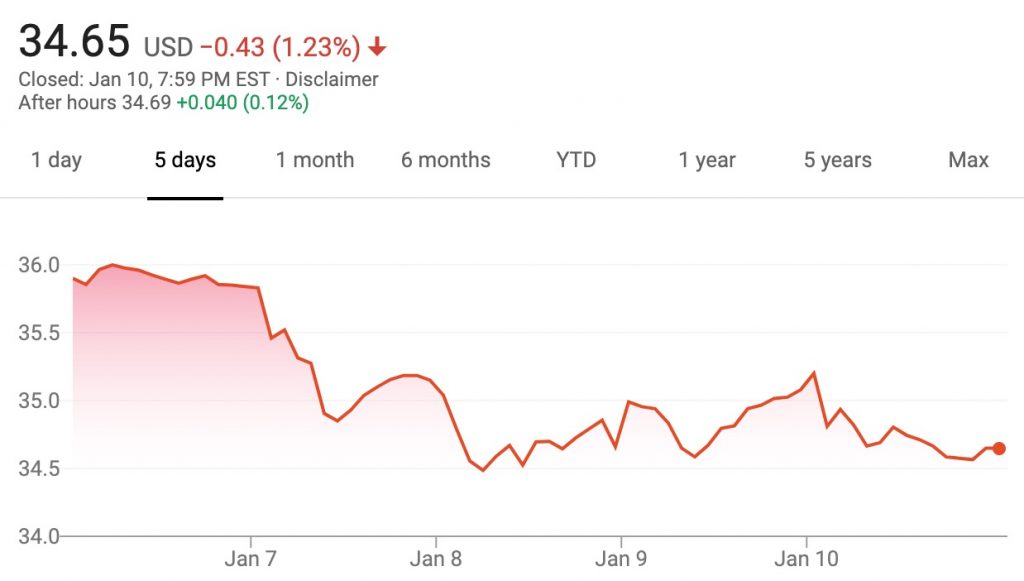 This week marks the third week of decrease in GM stock, which is rather disappointing after the previous upward movement for GM share values. Adding insult to injury is the fact that Tesla shares have been performing very well, despite a recent loss of momentum. There’s also the possibility that the announcement of Tesla’s revealing of its Cybertruck pickup truck negatively impacted GM share values, as it could make Tesla a potential threat to GM’s leading position in pickup trucks, though GM has since gone on the record to outline the obstacles that must be overcome before electric vehicles become mainstream. However, it seems as though General Motors will revive the Hummer nameplate on an all-new fully electric pickup truck.

Of course, there are many factors contributing to the current rut. For starters, GM released its Q4 2019 sales figures last week, and the results showed a decline of over 6 percent. It’s possible that the news may have contributed to the continued decline in GM stock. It’s also possible that delays caused by the UAW strike and the consequential customer dissatisfaction due to parts shortages are contributing to this decline in GM stock value. Additionally, the recalls announced recently, which involve an incorrect alternator connection in GM full-size pickups, as well as a faulty brake control module in the Chevrolet Silverado, GMC Sierra and Cadillac CT6, could have also eroded the previous upward momentum.

By comparison, shares of GM’s cross-town rival, the Ford Motor Company, increased $0.04 per share, or less than 1 percent, this week.