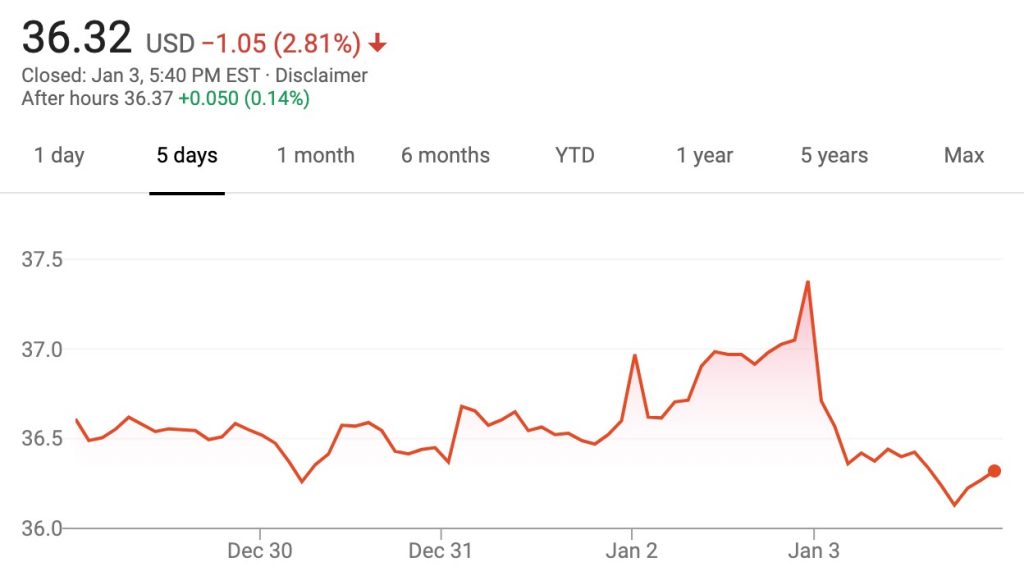 This week marks the second week of decrease in GM stock, which is rather disappointing after the previous upward movement for GM share values. Prior to the market close, GM released its Q4 2019 sales figures, and the results showed a decline of over 6 percent. It’s possible that the news may have contributed to the $0.50 drop experienced throughout the day.

It’s also possible that delays caused by the UAW strike and the consequential customer dissatisfaction due to parts shortages are contributing to this decline in GM stock value. Additionally, the recalls announced recently, which involve an incorrect alternator connection in GM full-size pickups, as well as a faulty brake control module in the Chevrolet Silverado, GMC Sierra and Cadillac CT6, could have also eroded the previous upward momentum.

By comparison, shares of GM’s cross-town rival, the Ford Motor Company, decreased $0.15 per share, or nearly 2 percent, this week.