The General Motors Small Block engine is renowned in the drag racing community for its ability to produce huge amounts of power, along with its reliability and affordability.

The venerable Small Block isn’t the only GM powertrain that is beloved by drag racers, though. When it comes to four-cylinder drag racing, there is no better engine to have than the GM EcoTec.

YouTube’s 1320 video recently caught up with the fastest four-cylinder car in the world – Carl Brunet’s 2008 Pontiac G8 GXP. This car apparently started out life as a Mike Edwards-run NHRA Pro Stock car before Brunet bought it and installed a heavily modified GM EcoTec four-cylinder in the front, along with a huge 88mm Garrett turbocharger. 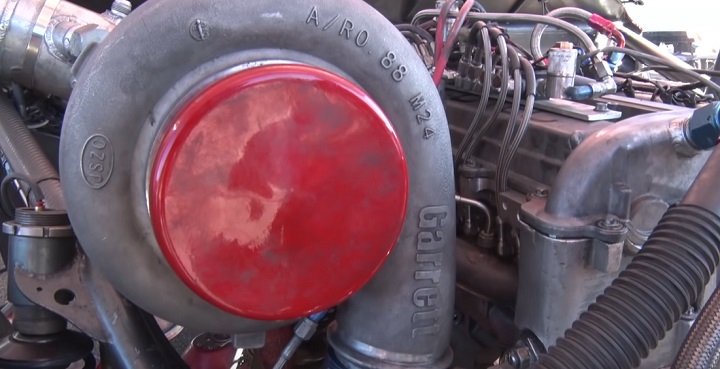 We’re left wondering if a four-cylinder car will ever break into the five-second range in the quarter-mile. Something tells us that if a car ever does, it may have a GM EcoTec under the hood. We wouldn’t be surprised if a certain French Canadian by the name of Carl Brunet was behind the wheel, either.

While we’re waiting for the four-cylinder record to fall yet again, be sure to check out the video of Brunet’s latest record-breaking pass in the video embedded below.

Don’t forget to subscribe to GM Authority for even more motorsports and racing news and around-the-clock GM news coverage.