Last year, the U.S. Army awarded GM Defense with a $1 million contract to develop a new ISV prototype to be used for testing and evaluation. The Army plans on putting the GM Defense-developed ISV through its paces in a series of tests this year, along with other proposals from OshKosh and Flyer Defense. The winning constructor will be awarded a contract in March of 2020 to produce 651 ISVs, with the possibility for the final order to grow to up to 2,065 units.

GM has now taken another major step toward winning the U.S. Army’s ISV contract after contracting Ricardo to handle integrated product support for the vehicle. This means Ricardo will produce the technical manuals and training materials for operators and maintenance personnel that may use the ISV. The partnership will also involve work outside of this, but complete were not announced for competitive reasons. The automaker is still the midst of a competition to win the Army contract, remember.

“We’re excited to join forces with Ricardo Defense to significantly strengthen our submission for the ISV contract pursuit,” said president of GM Defense, David Albritton. “Ricardo’s experience with military fleet readiness, performance and sustainment combined with GM’s expertise in engineering, manufacturing and product quality at scale creates a powerful team that is able to meet and exceed the Army’s demands for this platform.” 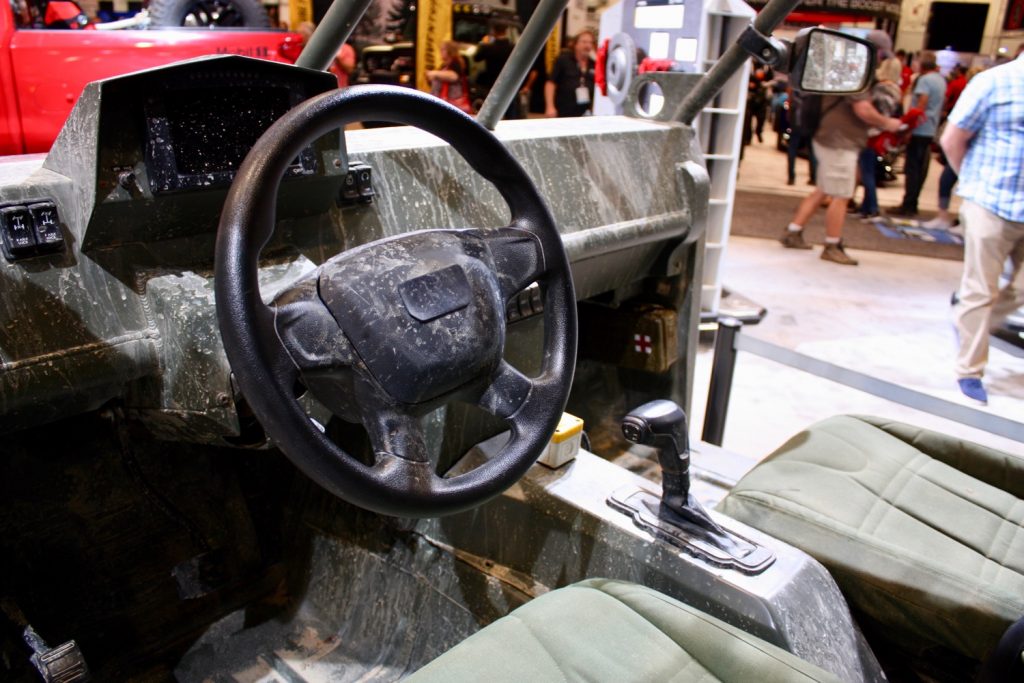 “Ricardo Defense has extensive experience in acquisition logistics and life cycle sustainment efforts for military ground vehicle programs, and I feel that we will be able to ensure the application of a COTS (commercial off-the-shelf) vehicle to the Army is both seamless and successful,” added Ricardo Defense president Chet Gryczan.

The ISV is designed to provide speedy ground transportation for infantry brigade combat teams. GM’s proposal is based on the Chevrolet Colorado ZR2 and leverages 70 percent commercial off-the-shelf parts, helping to keep the design simple and keeping maintenance costs in check. Power comes from GM’s turbodiesel 2.8L LWN inline four-cylinder, which hails from the GM Duramax engine family. The four-cylinder makes 20 percent more power than it does in a stock Colorado ZR2 thanks its less restrictive emissions controls and is now rated at 217 horsepower. The diesel four is paired with the GM Hydra-Matic 6L50 MYB six-speed automatic transmission in the ISV.

The U.S. Army is expected to make an announcement with regard to the winning ISV design later this year.