As General Motors was coming up on building its 50 millionth car in 1955, the automaker decided to plan a special celebratory parade for the people of Flint, Michigan – many of whom worked in GM’s plants or offices and helped to transform the company into the automotive behemoth that it had become.

The centerpiece of the parade would be a special 1955 Chevrolet with a gold body, gold chassis, gold-plated trim other gold parts. The car was produced at the Flint Assembly plant and was driven off the assembly line by Chevrolet’s general manager at the time, Thomas Keating, before being loaded onto a parade float and driven through the city. 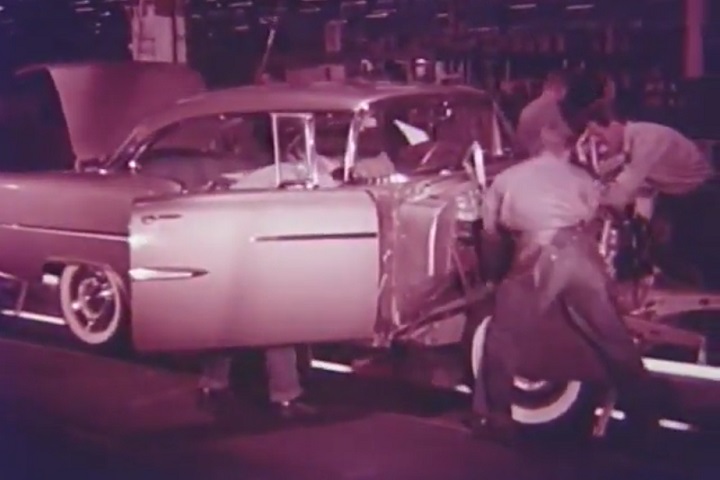 The GM Heritage Center describes the parade, called the Golden CARnival, as such:

“Flint turned out en masse as thousands of people swarmed the city to watch a giant parade travel down Saginaw Street. The parade featured 18 floats, golden cars and trucks representing all GM passenger car and truck divisions, bands from seven Midwestern high schools and colleges and the 50 millionth U.S. produced car – a 1955 Chevrolet Bel Air Sport Coupe – riding proudly on a float at the end of the procession. The Flint Chamber of Commerce distributed 50,000 gold feathers for residents to wear, representing the achievement as “a feather in the cap” of Flint. The parade terminated in downtown Flint and the IMA Auditorium, where 1,200 guests attended a civic luncheon.” 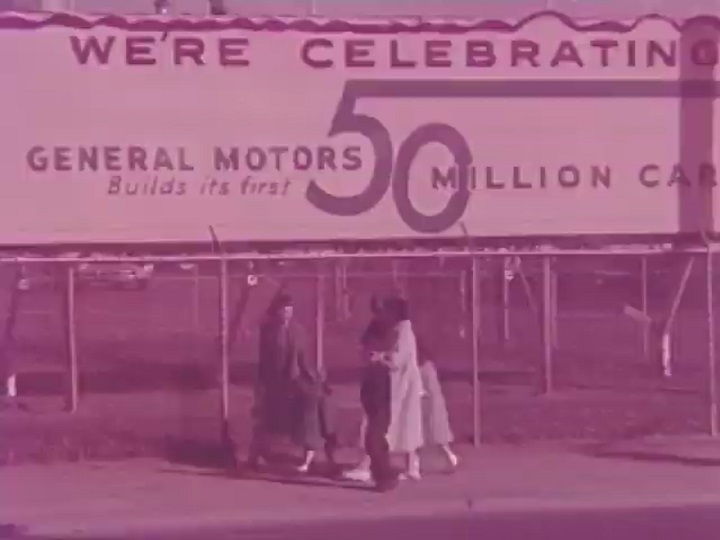 Surprisingly, the location of the 50 millionth GM car isn’t currently known. A Google search of the car only really turns up forum pages of Chevrolet fans inquiring about its fate, and many seem to believe that GM chose to sell the car at some point and lost track of it.

A short time after the golden 1955 Chevrolet was produced, the 100 millionth GM vehicle rolled off the automaker’s Janesville, Illinois assembly line in 1967 – a Marine Blue Chevrolet Caprice. Unlike the golden 1955 Chevy, GM decided to hold onto the Caprice. It is currently located in the Sloan Museum in Flint.

While 50 millionth GM car’s whereabouts are unkown you can see it in the video embedded below, which also documents the CARnival and other celebrations GM held for the 50 million milestone.