Korean luxury automaker Genesis has released a series of teaser images for its upcoming Genesis GV80 mid-size crossover, which is expected to make its official debut before the end of the month.

The Genesis GV80 is the first crossover from Hyundai’s luxury brand and will join the brand’s G70, G80 and G90 sedans in the manufacturer’s showrooms this year. The crossover represents a collaborative effort between the automaker’s South Korean, German and American design studios and is intended to appeal to customers across the globe. The automaker’s large, diamond-shaped grille sits out front and is flanked by dual-segment headlights on either side. A similar-looking pair of dual-segment taillights takes up a large portion of the vehicle’s rear end, as well. Genesis says this “Quad Lamp” design is quickly becoming a signature of the brand, having already appeared on the updated Genesis G90, and helps introduce “an unmistakable visual impression completely unique to Genesis.” 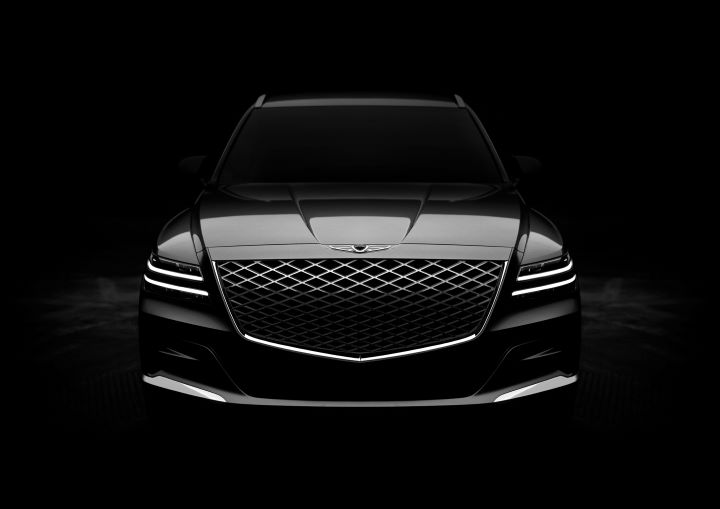 Genesis says the GV80 will ride on the same rear-wheel drive based platform that underpins the G70 and will feature optional all-wheel drive. The automaker is staying tight-lipped with regard to powertrain details, but we imagine the crossover will also tap the same engines as the G70, which is offered with a 252 horsepower 2.0-liter turbocharged engine and a 365 horsepower twin-turbo 3.3-liter V6. We’re expecting Genesis’ eight-speed automatic transmission to serve in the crossover as well – just as it does in the G70. 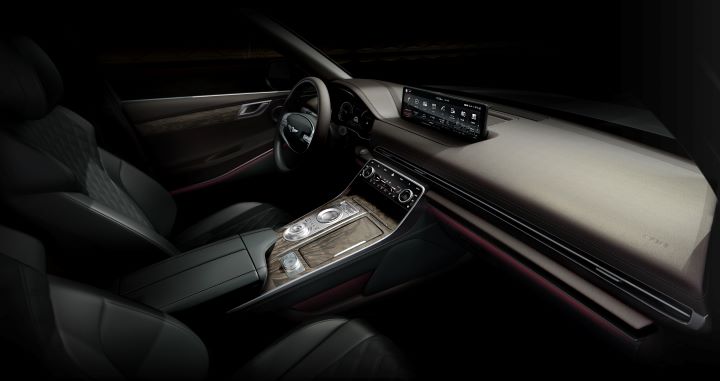 A sole, shadowy teaser photo of the interior was also released by Genesis this week, showing off a neatly designed dash with thin, horizontal heating/air conditioning vents, a widescreen infotainment display and wood center console trim. The center console features two rotary dials – one for controlling the gear select/transmission and the other for controlling the infotainment display, presumably. A second, smaller display screen also sits just above the center console and acts as a dedicated display for the various climate control settings, such as the cabin temperature and fan speed. 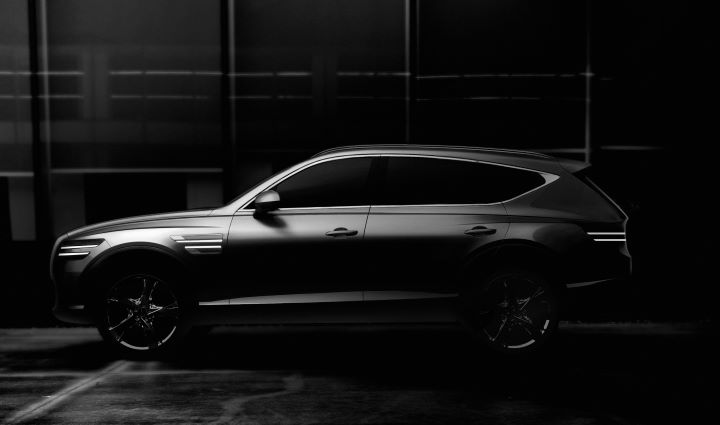 The GV80 will serve as a direct rival to the Cadillac XT5, but it will also take on the Cadillac XT6, with Genesis saying the crossover will be available in both two-row and three-row variants. As readers of this site may already know, the Cadillac XT5 is a two-row mid-size crossover, whereas the XT6 is marketed as a “mid-size plus” offering and has standard third-row seating. Genesis has not yet provided exterior dimensions for the GV80, though seeing as it will be available with two or three-rows of seating, we’re curious how large it is compared to the XT5 and XT6.

We’ll hold our judgments on the Genesis GV80 until full details are released later this month, but based off these teaser photos and Genesis’ current sedan lineup, this crossover has the potential to be a bit of a thorn in the side of the XT5 and XT6 in the United States and Canada.

Genesis says the GV80 will go on sale in South Korean showrooms before the end of the month, so stay tuned for complete details on this new South Korean luxury offering.