This year’s Pennzoil AutoFair at the Charlotte Motor Speedway will feature one of the most recognizable Cadillacs of all time – Elvis Presley’s iconic pink 1955 Cadillac Series 60 Fleetwood Special.

The car will be on display for all four days of the annual automotive exhibition, which will be held from April 2nd through to the 5th. This year’s Pennzoil AutoFair will also feature “more than 50 car club displays and more than 10,000 vendor spaces offering an array of automotive parts and memorabilia,” according to event organizers. 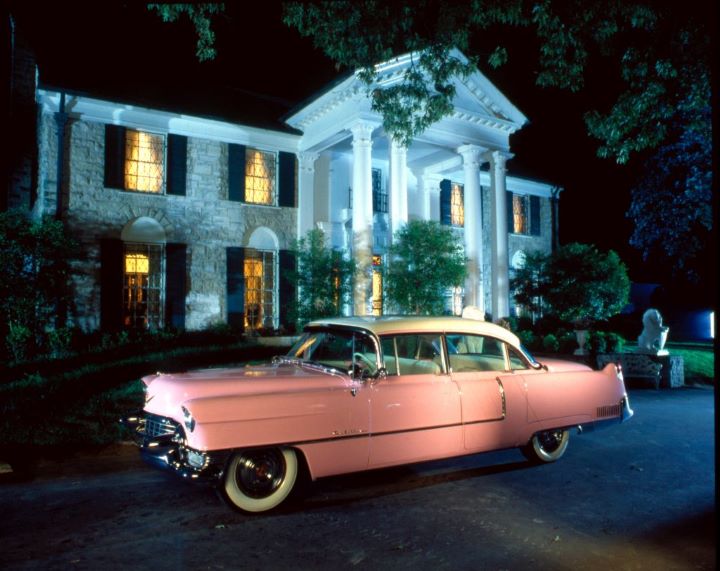 Presley’s Cadillac in front of his Graceland mansion

Presley’s 1955 Cadillac was actually purchased by the singer when he was still up-and-coming. The story goes that in January of 1955, Presley bought a 1951 Lincoln for him and his band mates to travel around in, but his bass player crashed the car in March of that year. He then replaced the Lincoln with a 1954 Cadillac, which caught fire on the side of the road that June and burned down. In need of some wheels, Presley’s manager agreed to help him finance the 1955 Cadillac Series 60 Fleetwood Special, which he took possession of in July of 1955.

Presley’s Cadillac came well equipped from the factory with optional air conditioning, a dual-speaker radio and front spotlights. Standard equipment offered on the Fleetwood that year included a 331 cu. in. V8, an automatic transmission, power windows, power brakes and a power driver’s seat. He paid $4,728 for the car new – equivalent to just over $45,000 today. 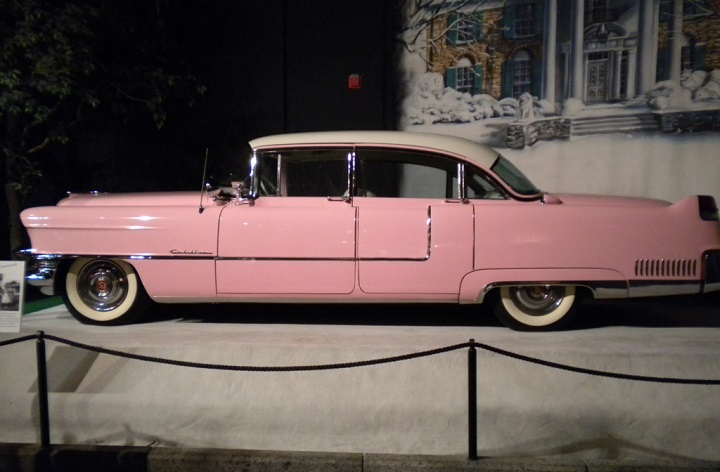 Presley’s Cadillac on display at a museum

The car didn’t feature the familiar pink and white exterior color combination from the factory, though. The car was blue with a black roof when he bought it, but he later had the body repainted pink to match many of his suits. The car was then in an accident in September of 1955 (it was a bad driving year for Presley, apparently) and he had the car repainted in the pink and white color scheme the car has become famous for. He later gifted the car to his mother Gladys.

The 2020 Pennzoil AutoFair will kick off at the infield at Charlotte Motor Speedway on April 2nd at 8 a.m. The show will remain open from 8 a.m. to 6 p.m. through to April 5th.