Although the Chevy One-Fifty was primarily designed as a fleet vehicle, it still had plenty of traction among non-fleet customers – including hot rodders. Even today, builders look at the One-Fifty as a blank canvas to create their vision, as is evidenced by this custom 1956 Chevrolet Handyman wagon. 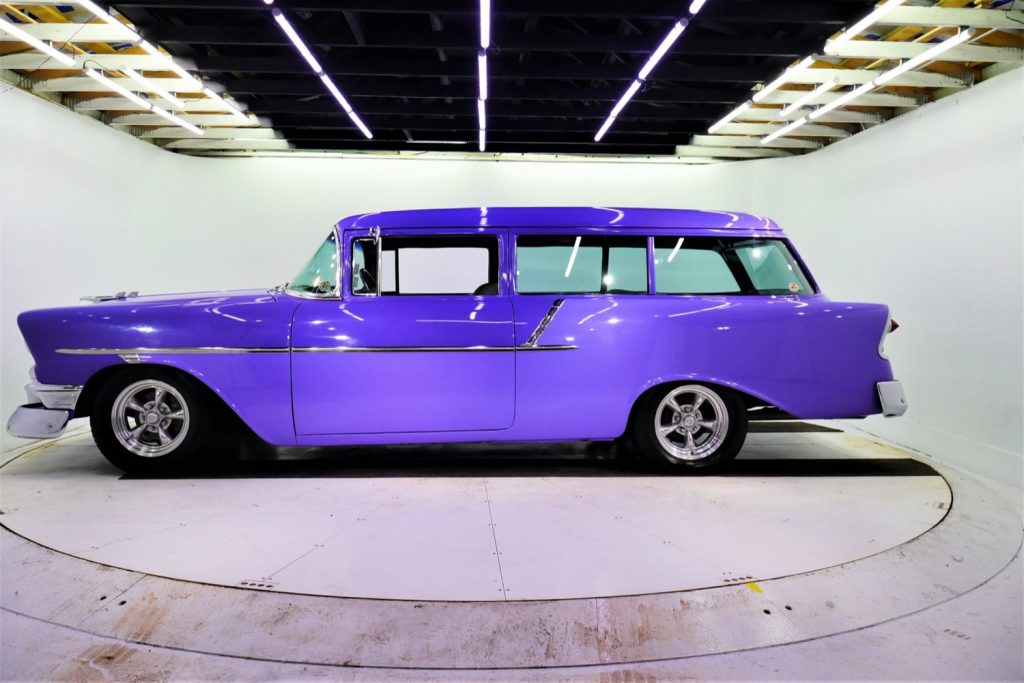 The “Handyman” nomenclature denotes a station wagon body style, with models produced between 1955 and 1957 offered as two-doors. This particular example is covered in two-tone Lavender paint, with a darker shade applied to the upper half of the body, and a lighter shade applied to the lower half of the body. New chrome trim provides the dividing line between the upper and lower portions, while 15-inch Torque Thrust wheels add extra sporting appeal. 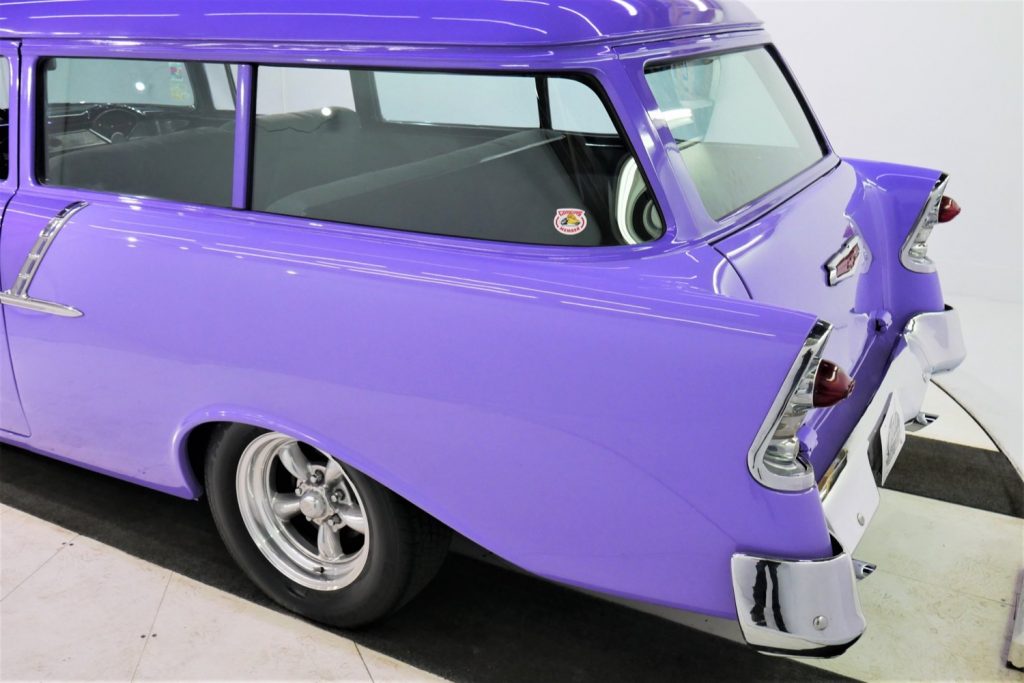 Both doors (plus the tailgate) are activated by remote, as the door handles were shaved and filled to give this Chevrolet Handyman a cleaner look. In back, we find cone tail lamps with small blue Chevy Bow Tie graphics. The driver’s-side lamp swings down to reveal the gas filler cap. 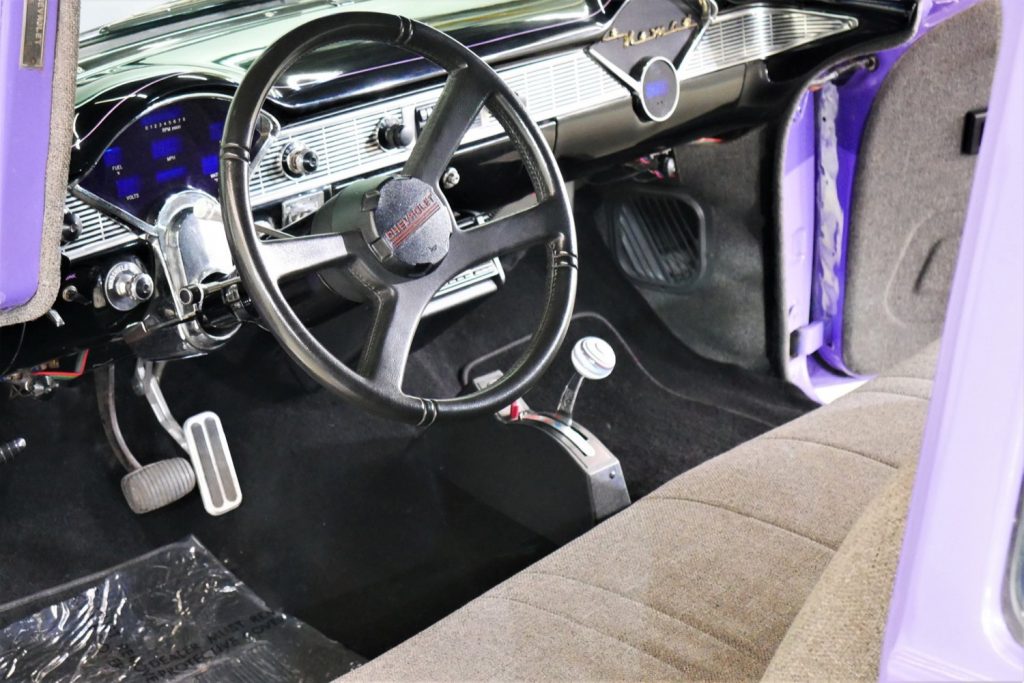 Gray tweed upholstery is the dominant material in the cabin, with additional chrome found on the dash. There’s also wood for the rear cargo floor. Dakota Digital gauge readouts can be found behind the steering wheel. There’s also power steering, power disc brakes, power windows, and a CD player. 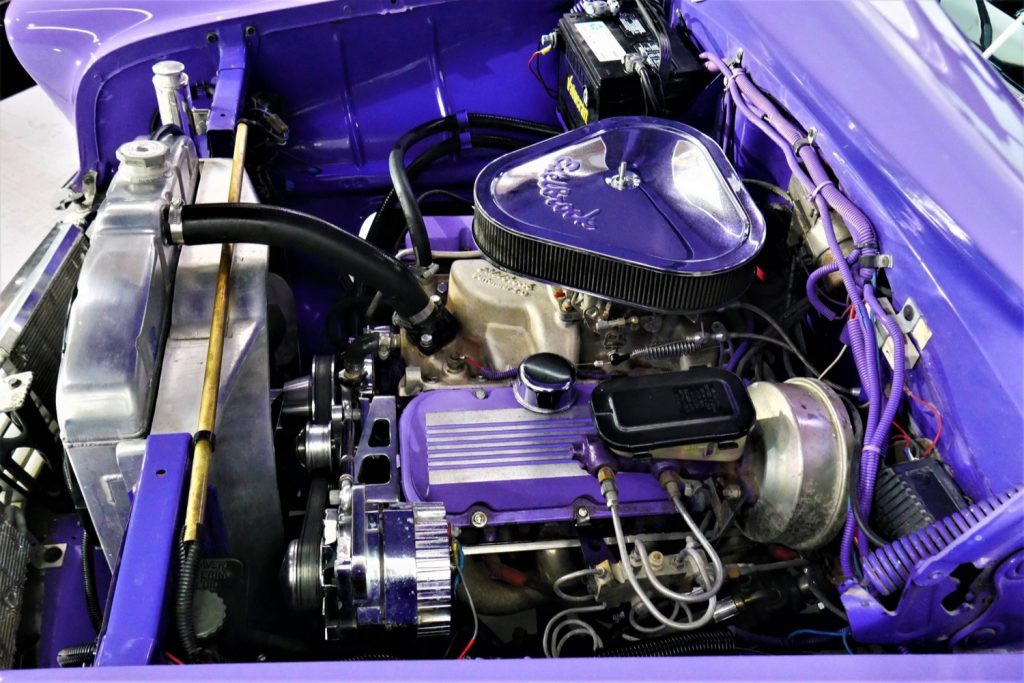 Under the hood, this custom 1956 Chevrolet Handyman rocks a 454 V8 engine. The engine was subsequently bored out to 468, and includes a number of complementary upgrades, like an Edelbrock Performer cam, lifters, carburetor, and intake. Keeping it all nice and chilly is an aluminum radiator, plus an external transmission cooler and external steering fluid cooler.

This Chevrolet Handyman’s ‘eight sits in a body-matching engine bay, while the valve covers, hoses, and wires are also covered in lavender. 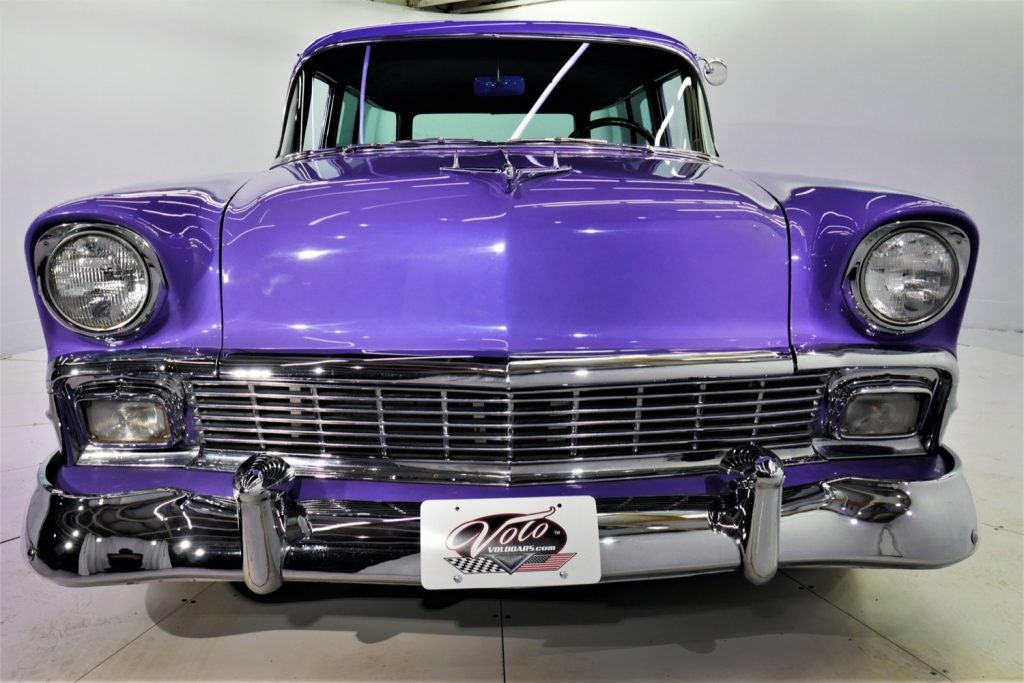 The engine connects to a Turbo 400 Automatic transmission, which drives the rear wheels through a 10-bolt Chevrolet Camaro rear end with 3.73 Richmond posi. Air shock suspension keeps it shiny side up.

Now, this custom 1956 Chevrolet Handyman wagon is up for sale by Volo Auto Sales in Illinois. Previously listed at $34,998, the custom ride is now offered at $29,998, and includes “three-inch stack of receipts” documenting the restoration process. 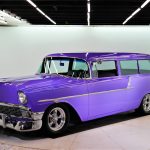 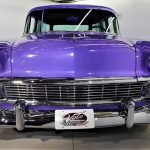 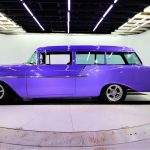 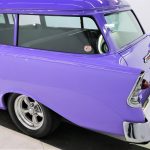 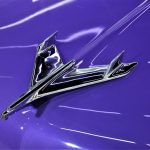 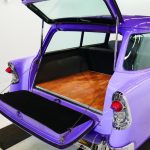 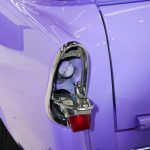 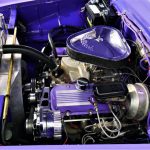 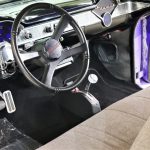