Corvette Racing is feeling encouraged following last weekend’s Roar Before the 24 at Daytona International Speedway, with the new Corvette C8.R completing 341 laps and covering 1,213 miles throughout the three-day test.

Tommy Milner posted Corvette Racing’s best time of the weekend during the Roar Before the 24 qualifying session, which decides the pit stall and garage assignments for the 24 Hours of Daytona later this month. The American driver’s time of 1:42.793 in the grey No. 4 Corvette was enough to put him a surprising third place in GTLM and was just a tenth off the pole sitter’s time.

The yellow No. 3 Corvette C8.R struggled, though, with Antonio Garcia’s qualifying time of 1:43.131 putting him at the bottom of the GTLM pile. With the majority of the team’s test plan focused on reliability, though, Garcia’s result was probably more representative of the team’s expectations, with Corvette Racing describing Milner’s strong early pace as being “a pleasing development for the drivers and team.”

“It was fun to have that qualifying session where we can go on low fuel and new tires and see how we good we could do,” Milner said. “Third is pretty good. It looks like everyone is pretty close out there on lap times. It should be another very close and competitive for GTLM class at the Rolex 24.”

Garcia was also pleased with the way the test went, though he acknowledged the team still has work to do before the 24 Hours of Daytona at the end of the month.

“I think we’ve done a good job with our test plan,” said the Spaniard. “We need to figure out when we get back what work and what didn’t work. Every lap counts when you are testing, especially with a new car. I’m confident that the car is doing the right things and we’ve been testing quite a few different things to prepare for different conditions and car behaviors. We will carry on working with our plan to get all our drivers comfortable; that is the main thing. I hope it continues to go the right way.” 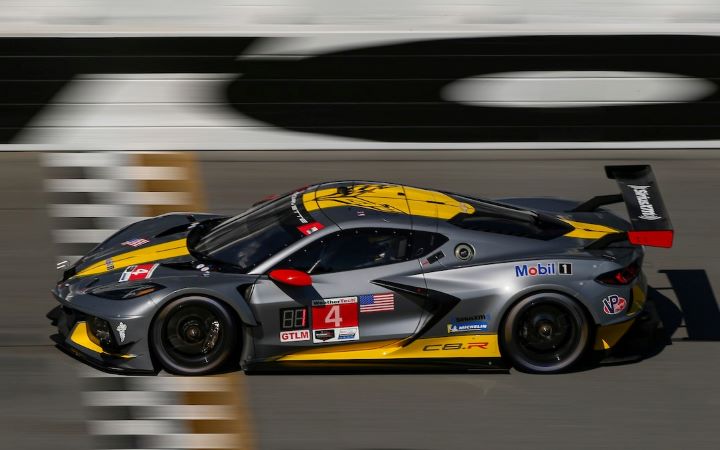 “Before this weekend, I had heard a lot already about how good the Corvette C8.R is to drive, so I was very much looking forward to getting in it for the first time,” said Fassler. “I can admit what everyone has said – that the car is amazing to drive. There hasn’t been a lot of time to get used to the car, but you can see the potential. Also you can feel how much a difference seven years makes from when the C7.R first arrived. The car is very agile, and you can fight it harder and push pretty hard.”

Corvette Racing says “analysis and further simulation work will follow between now and the Rolex 24’s first practice session on Jan. 23,” as the team looks to make further improvements to its setup and ensure drivers feel comfortable in the car.