The Corvette C8.R has received its first official balance of performance adjustment ahead of the 2020 Rolex 24 at Daytona – but before you get your pitchforks out, Corvette Racing fans, you should know that these changes will improve the car’s overall performance.

In a bulletin sent out this week, IMSA indicated the Corvette C8.R would receive a 0.33-mm larger air restrictor along with an additional five liters of fuel capacity. That means Corvette Racing’s two new mid-engine entries will be racing with an air restrictor size of 44.3 mm and a 94-liter fuel tank.

The Corvette C8.R isn’t the only GTLM car that had its performance adjusted ahead of this weekend’s IMSA season opener. The Ferrari 488 GTE of Risi Competizione has been slowed with less turbo boost and a four-degree wing angle increase. It also lost fuel capacity, having been scaled back by one liter to 87L.

Meanwhile, the always-competitive Porsche 911 RSRs were handed an additional 10 kg of weight ballast, but the German manufacturer also received a significant seven liters of additional fuel capacity – giving it the largest fuel load in the GTLM field at 97L. The BMW M8 GTE entries of Rahal-Letterman-Lanigan, meanwhile, remain unchanged. 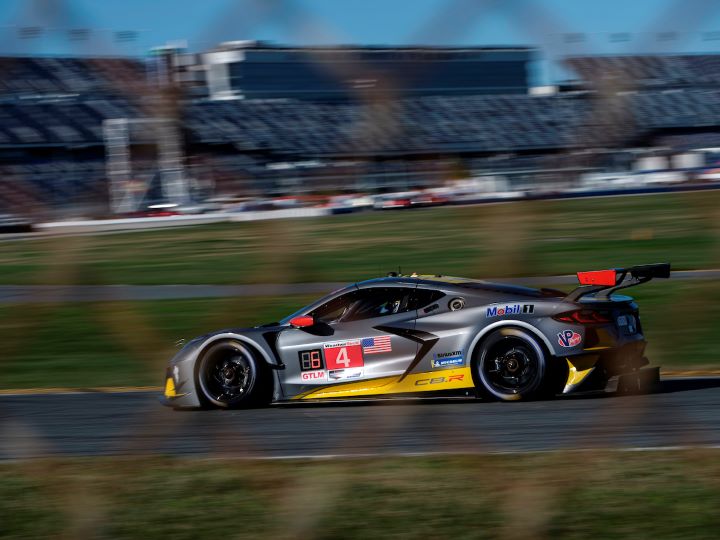 Casual fans of the IMSA WeatherTech series may only now be noticing that the two Ford GT entries of Chip Ganassi Racing are absent from the GTLM field. Ford pulled its backing for the program at the conclusion of the 2019 season and CGR elected to end the program rather than run it without factory backing. That leaves just seven cars in GTLM this year: two Corvettes, two BMWs, two Porsches and one Ferrari. 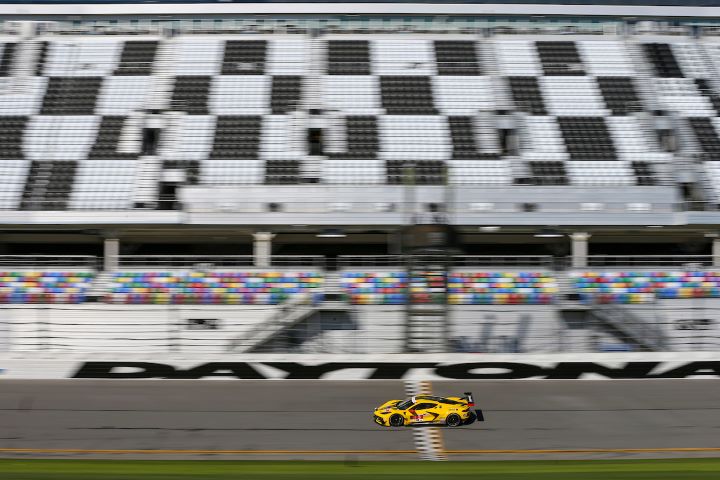 Practice for the Rolex 24 at Daytona will kick off on Thursday, with qualifying set to be held later that day. The qualifying session will be the first time Corvette Racing will be able to truly compare its new mid-engine car against its GTLM rivals – though the team’s drivers expressed confidence in the car’s raw pace following the Roar Before the 24 test earlier this month.