No doubt about it, the all-new 2020 Chevrolet Corvette C8 is a deeply impressive machine. Even so, there are some that have criticized Chevy’s decision to offer the new mid-engine Chevrolet Corvette with just a single transmission option, namely the M1L dual-clutch eight-speed automatic. That said, there are a number of motives as to why the C8 is neglecting the three-pedal setup, as explained by Chief Engineer Tadge Juechter.

Juechter recently paid a visit to Autoline After Hours, where he was asked point blank why the new Chevrolet Corvette C8 doesn’t come with a manual transmission.

“A lot of different reasons,” Juechter answered. “The biggest one is commercial.”

“Nobody buys them and no one’s willing to make them at a loss for us,” he adds, laughing. “It’s hard enough to find someone to make a bespoke, high-volume [automatic], you know, because the vast majority of people choose the automatic. We used to offer the Z06, ZR1 only in manual transmission, and as soon as we made the automatic available, [it was] 70, 80 percent of the volume.”

The Chief Engineer already discussed the absence of a manual gearbox in the Corvette back in July 2019, following the car’s world debut. 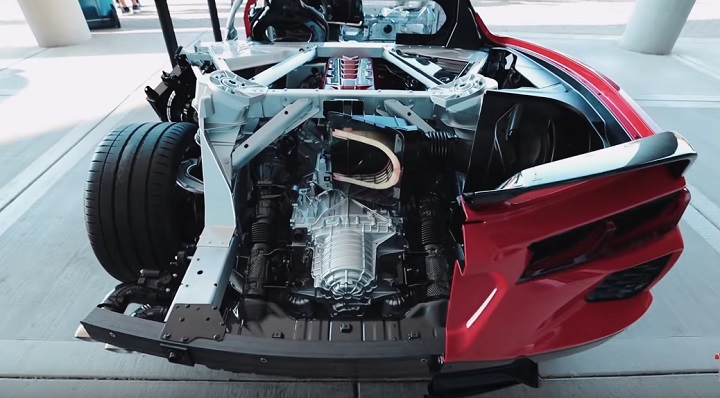 Juechter adds that the decision to go auto-only was “crushing,” as he’s personally never bought a car that didn’t come with a manual transmission. His sentiments were shared by many at General Motors, but the decision came down to stick with the M1L regardless.

The Chevrolet Corvette Chief Engineer also talks about the difficulty of adding a manual gearbox to a mid-mounted V8 platform. “You want a slick-shifting manual. Now we have an engine between your shifter and the transmission, which means you can’t use mechanical linkages, it has to be a cable, which makes it kind of rubbery and vague,” Juechter says, adding that a third pedal would compromise the cabin layout as well.

Nevertheless, Juechter says the M1L dual-clutch eight-speed in the Chevrolet Corvette offers a good deal of manual-esque feel, such as the ability to pop the transmission into neutral on the fly, as well as customizability to get it exactly as desired.