The No. 10 Cadillac DPi-V.R of Wayne Taylor Racing has claimed yet another victory at the Rolex 24 at Daytona, winning the prestigious endurance event for the third time in just four years.

With Japan’s Kamui Kobayashi behind the wheel, the black and blue Cadillac crossed the finish line a minute ahead of the No. 77 Mazda DPi of Oliver Jarvis. The Mazda showed strong pace in qualifying, with Jarvis putting the 2.0L turbo powered car on pole position, but the No. 10 Cadillac was by far the fastest car in the field on race pace – even outclassing the other Cadillac DPi-V.R teams in the field. This relative pace proved crucial when Ryan Briscoe incurred a one-minute penalty with about five hours to go, with the Australian missing the red lights at the end of the pit lane during one of the race’s few yellow flag periods. While this dropped the team from first to fourth, they were able to quickly claw back time and get back into second place. A yellow flag then put the team back on the lead lap, with Briscoe turning the car over to Kobayashi to drive it home. The pair also shared the car with Renger Van der Zande and five-time IndyCar champion Scott Dixon. 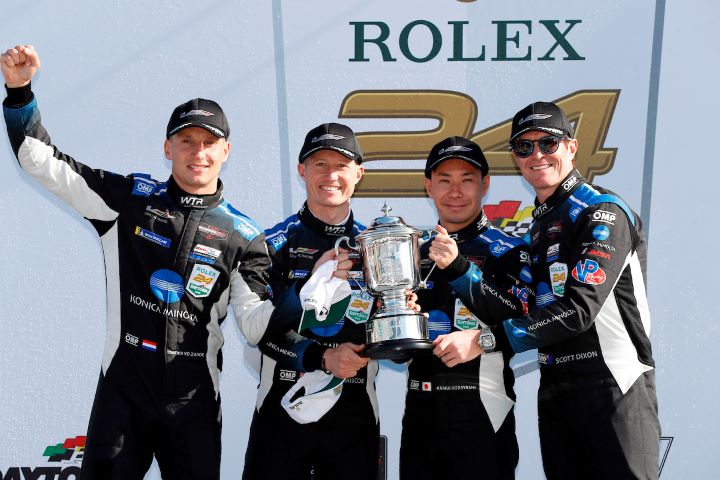 In the GTLM class, meanwhile, Corvette Racing and the No. 3 Corvette C8.R of Jordan Taylor, Antonio Garcia and Nicky Catsburg finished fourth overall. While not a win or podium result, the mid-engine C8.R was both reliable and quick in its first race, with the team saying the result “showed the potential of the mid-engine Corvette.” The No. 4 car of Tommy Milner, Oliver Gavin and Marcel Fassler had a tougher time, though. The grey car suffered a cracked bell housing that led to an oil leak, forcing them to pull it behind the fence for lengthy repairs. The team still sent the car back out, but with a result out of the question, they essentially treated the remainder of the race like a test session, team manager Ben Johnson told Sportscar365. 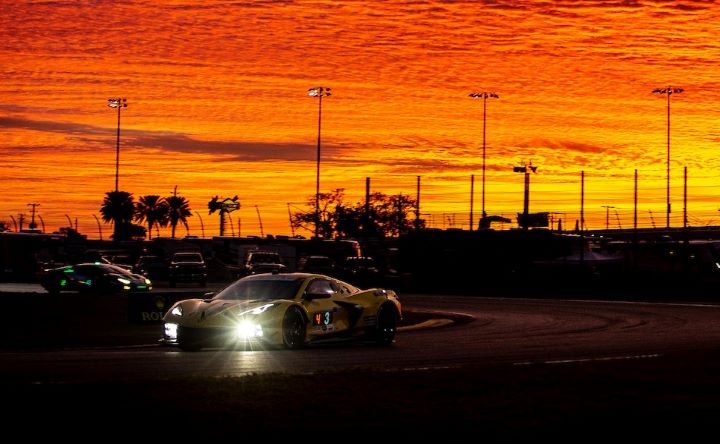 This year’s Rolex 24 at Daytona was particularly tough on the cars and drivers, with an abundance of green flag running leading to a record amount of distance covered. The No. 3 car, which wasn’t far off the GTLM field front runners at the checkered flag, completed 785 laps and covered 2,794.6 miles – the greatest distance for any Corvette entry in Rolex 24 history. 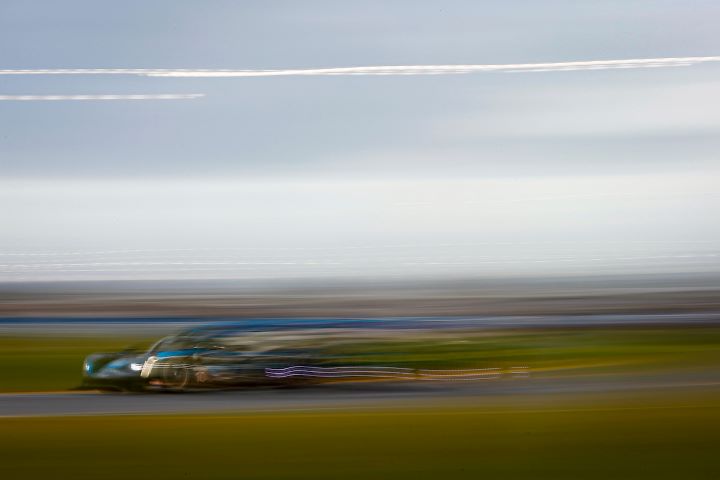 Click here for full results from the 2020 Rolex 24 at Daytona.