With the 2020 Chevrolet Corvette C8 now out of the bag, we’re anxiously looking to the horizon for the new mid-engine sports car’s various go-faster variants, including the C8 Corvette Z06. As luck would have it, a prototype C8 Z06 was recently spotted in Southern California, and we now have a brief video that shows it carving up some twisting two-lane mountain roads.

The video in question was recently posted to Facebook by Jim Lill in San Diego, and shows the C8 Corvette Z06 attack a long right-hand sweeper as it progresses up a hill. The driver is clearly digging into the throttle, giving us an earful of the Z06’s engine – a naturally aspirated DOHC 5.5L flat-plane crank V8, which was recently previewed in the new Corvette C8.R race car. Output on the street-legal Z06 will be set at roughly 650 horsepower. 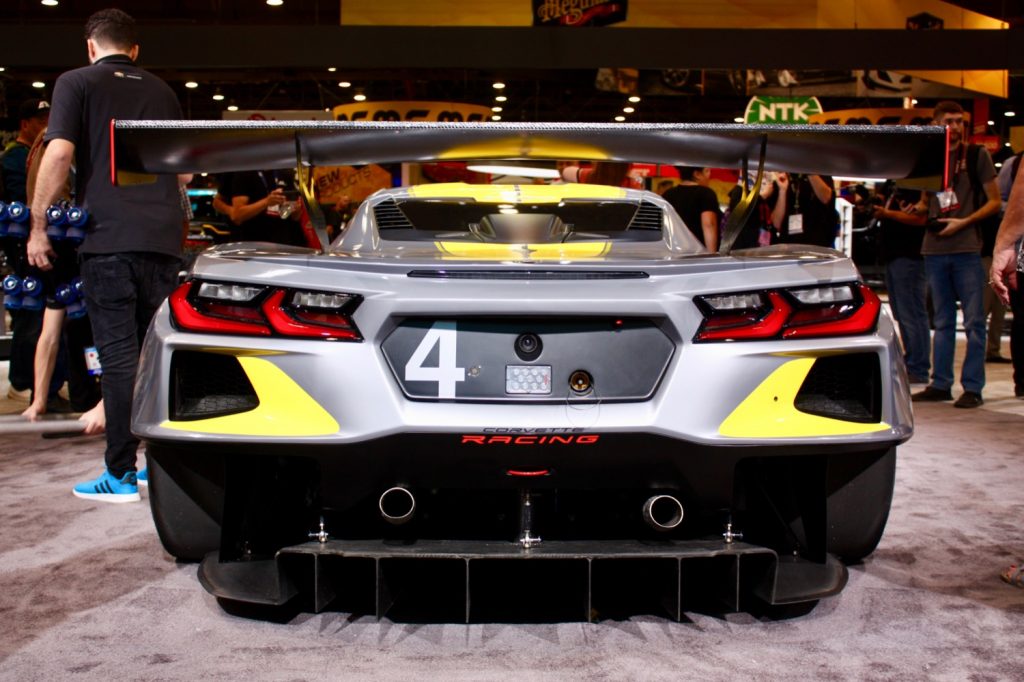 Outside, we find this C8 Corvette Z06 prototype is testing without its optional aero features. As we’ve covered previously, the Z06 will offer a massive rear wing – in fact, the Z06 will have a wing that’s even larger than the unit on the outgoing Chevrolet Corvette C7 ZR1. Complementary equipment will include a more robust suspension and brake package.

This is actually the very first time we’ve seen the upcoming C8 Corvette Z06 in testing. Earlier this month, we featured spy photos of future C8 Corvette E-Ray Hybrid, which a number of outlets incorrectly identified as the new Z06. Now, however, we not only get to see the Z06 in action, but also get to hear its new V8 engine sing!