Performance fans are chomping at the bit to learn more about the C8 Corvette Z06, and now, we have photographic evidence that the upcoming go-faster mid-engine monster is benchmarking against the venerable Porsche 911 GT2 RS.

The news comes to us from a recent social media post by Chevrolet Corvette enthusiast Brandon Byers. Apparently, the C8 Corvette Z06 prototype and its German companion were spotted in California this week conducting real-world testing on local public roads. 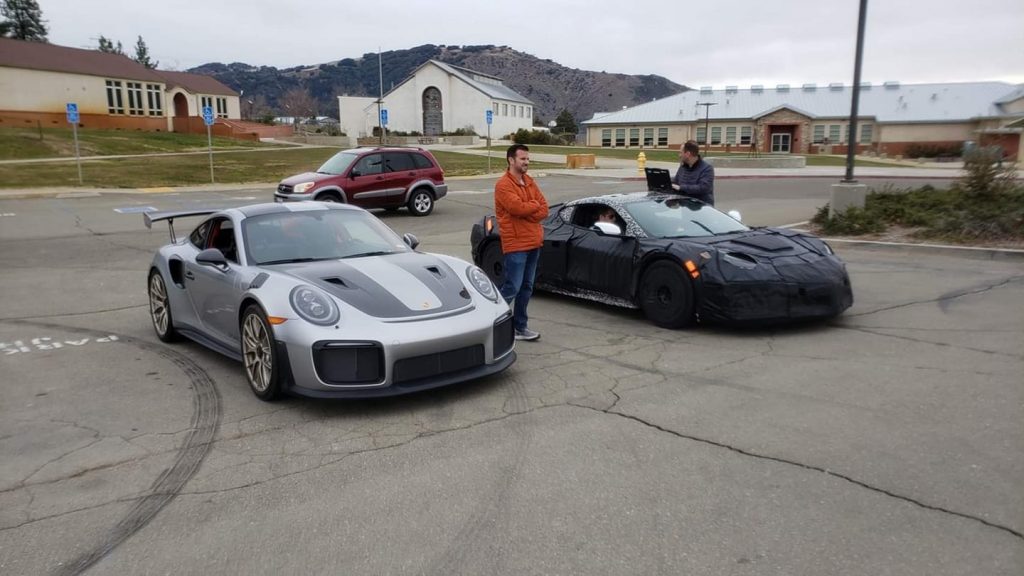 This is the second time we’ve spotted this C8 Corvette Z06 prototype out and about. Earlier this week, we covered a video of the Z06 running some canyon roads around Southern California, giving us a chance to hear the Z06’s powerplant unleash some of its V8 goodness into the atmosphere.

Speaking of V8 goodness, the upcoming C8 Corvette Z06 will come equipped with a new naturally aspirated DOHC V8 engine with a flat-plane crank derived from the 5.5L V8 found in the race-spec Chevrolet Corvette C8.R.

While exact numbers and details are obviously still under wraps, the C8 Corvette Z06 will no doubt offer some rather impressive performance specs, especially with the Porsche 911 GT2 RS providing the benchmark.

For those who may be unaware, the GT2 RS takes the 911 to the next level with a variety of track-derived upgrades. Making the go is a rear-mounted twin-turbo 3.8L flat-six throwing down 690 horsepower and 553 pound-feet of torque to the rear wheels. A seven-speed dual-clutch automatic transmission handles the cogs, while wings and vents galore move the air with purpose. 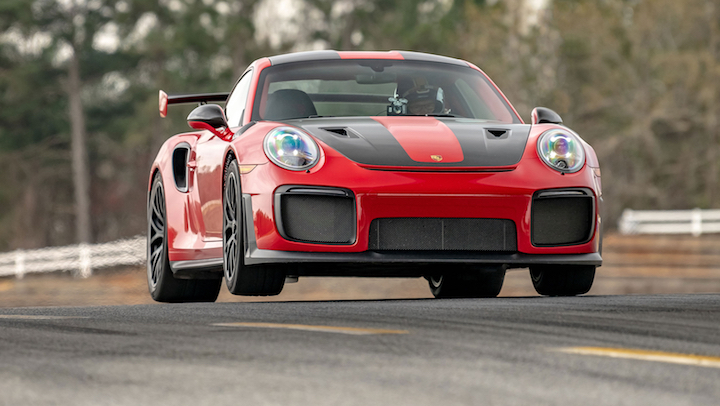