Bow Tie fans are eager to get their hands on the new C8 Corvette – some more so than others. According to a recent report, one example of the new mid-engine Chevrolet Corvette was spotted in Detroit, Michigan, up on blocks as the apparent victim of wheel thieves.

According to Car & Driver, the C8 Corvette was parked in the Detroit neighborhood known as the West Village. It’s reported that the car was parked at Parker Street and Coe Avenue, which is approximately four miles from the GM Renaissance Center headquarters. It’s assumed the vehicle in question is owned by General Motors given the C8 has yet to arrive in dealers, and it appears as though the victim vehicle is not equipped with the optional Z51 Performance Package. 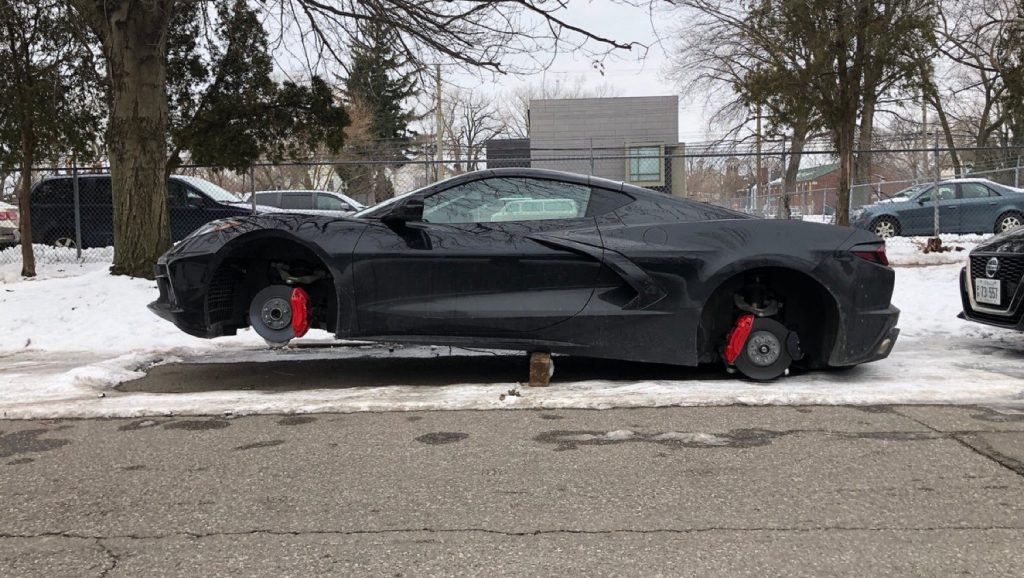 The C8 Corvette was spotted on two cinder blocks, with the car’s rear end resting on the ground and all four wheels missing, exposing the red brake calipers underneath. It’s possible the thieves’ hasty removal of the wheels resulted in damage to the black mid-engine Chevrolet Corvette.

With customer deliveries of the C8 Corvette still some time away following production delays stemming from the recent UAW strike, factory-spec C8 wheels are a rare commodity, and could be worth thousands of dollars – assuming, of course, the thieves can find a buyer willing to purchase highly publicized stolen goods. No doubt, some C8 fans are closely watching Detroit Craigslist listings to see if the rollers pop up. 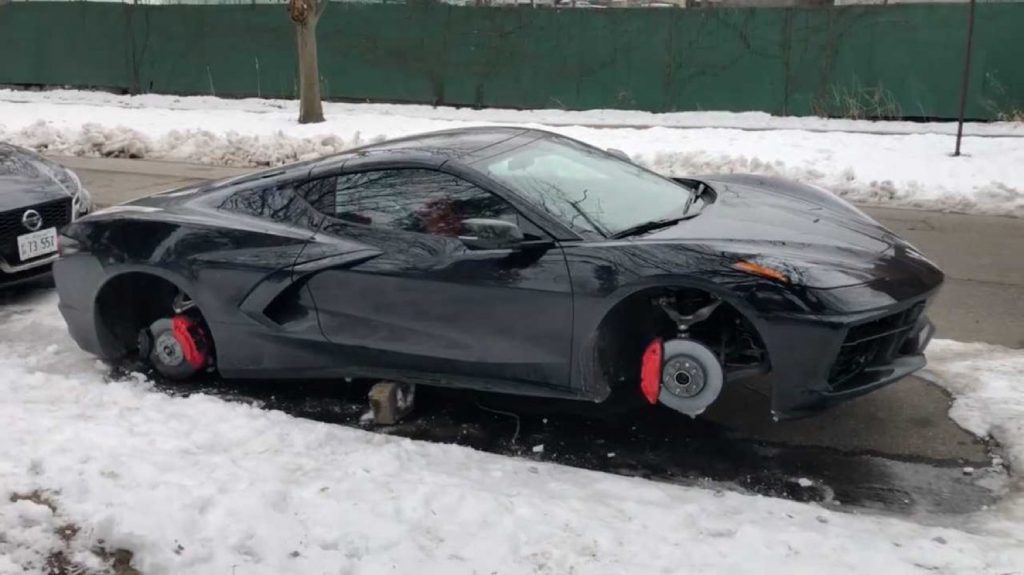 Although the deliveries of the standard C8 Corvette are still some time in the future, General Motors is currently undertaking real-world testing of the upcoming C8 Corvette Z06. A prototype of the go-faster Vette was recently spotted benchmarking against the Porsche 911 GT2 RS in Southern California, prior to which a video of the Z06 was captured providing an earful off its naturally aspirated V8 making some lovely combustion noises. 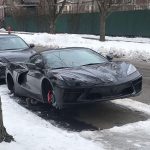 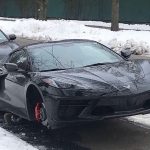 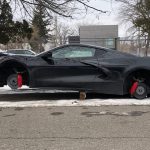 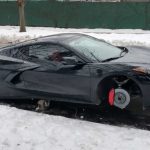