Bosch has presented a new Virtual Visor technology at CES 2020 in Las Vegas, which the German automotive supplier says is capable of dynamically shielding a driver’s eyes from the sun’s glare.

The Virtual Visor technology uses a driver monitoring camera to track the location of the sun’s casted shadow on a driver or occupant’s face. An AI system then analyzes the vehicle occupant’s view and darkens only a section of a clear LCD panel, which sits in place of a traditional, folded down sun visor. This ensures the sun out of the driver’s eyes, but also allows for the rest of the panel to remain transparent, whereas a traditional sun visor obscures a large section of the driver’s field of vision. 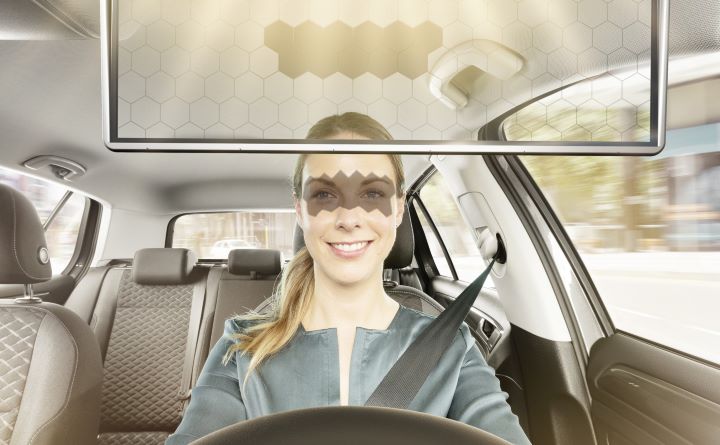 “We discovered early in the development that users adjust their traditional sun visors to always cast a shadow on their own eyes,” explained technical expert for Bosch North America and one of the co-creators of the Virtual Visor, Jason Zink. “This realization was profound in helping simplify the product concept and fuel the design of the technology.”

The transparent visor panel uses a liquid crystal technology to block out a specific area of the panel. The panel is comprised of honeycomb-shaped cells, which fill in one-by-one to make up a larger darkened area that blocks out the sun’s rays. 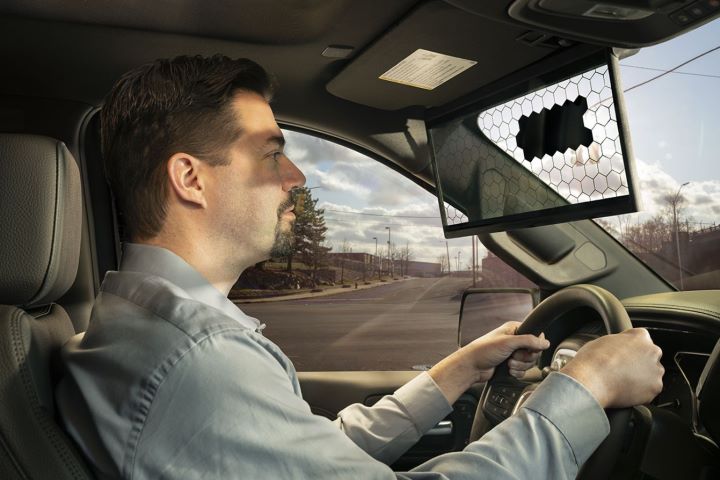 Bosch has not said if any automakers, such as General Motors, have approached it about putting this new technology in a production vehicle. We may see this tech one day in the future, though, as it earned Bosch a Best of Innovation award during the 2020 CES Innovation Awards, receiving the highest ratings from a panel of judges that included designers, engineers and members of the tech media.