The Cadillac CT6 serves as a technology showcase for General Motors. The sedan introduced a number of new technologies that will or have already worked their way elsewhere in the GM product portfolio – including the automaker’s Rear Camera Mirror system, which was an industry first when it debuted on the CT6 for the 2016 model year.

However, camera-based rearview mirrors are now becoming more commonplace in the automotive industry. Nissan offers the technology on certain vehicles and now Aston Martin is getting in on the action, too, debuting a new triple-camera rearview mirror system that was developed in partnership with Michigan-based automotive supplier Gentex. 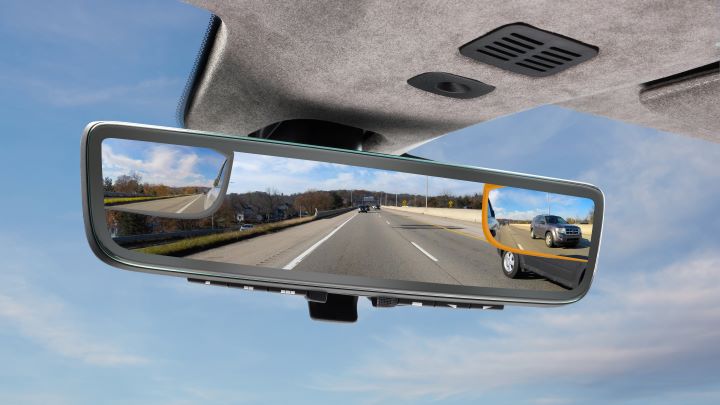 Gentex says the new technology uses three cameras to provide a “comprehensive view of the sides and rear of the vehicle.” A side-view camera is discretely housed in each of the vehicle’s exterior mirrors, while a third camera is mounted in a traditional rear-facing position. The system then combines the three camera video feeds, stringing them together in multiple composite views and streaming the video feed to a display mounted in place of a traditional rearview mirror.

The Gentex system also includes an auto-adjust feature, which alters the video feeds based on the side mirror positions. When the driver adjusts the side-view mirrors, the system digitally optimizes the camera field of view to provide “ideal sideward vision,” Gentex says. The rearview mirror display works as a traditional in-car mirror as well, so if the system fails or the cameras become obstructed by snow or rain, the driver still has normal mirrors to rely on. 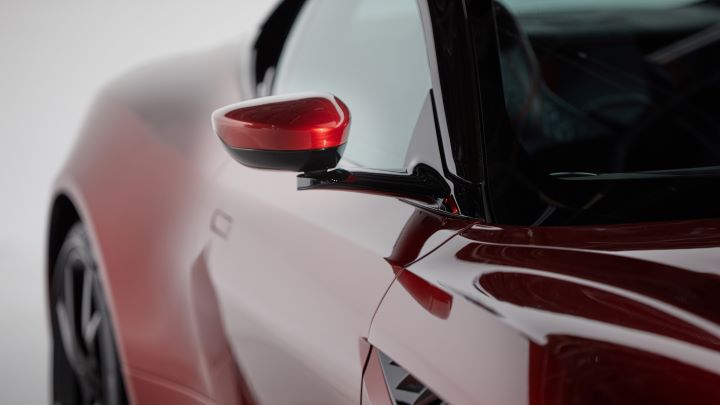 “The solution that Aston Martin chose is a hybrid CMS technology, meaning that the vehicle incorporates both cameras and standard reflective mirrors for side vision,” said Gentex’s chief technology officer, Neil Boehm. “We believe a hybrid solution is the most practical and comprehensive because it’s engineered to meet automaker, driver, safety and global regulatory requirements.”

Gentex will be showcasing its tri-camera rearview mirror system at CES 2020 in Las Vegas, where it will be installed on an Aston Martin DBS Superleggera demonstration car. That’s sure to draw some eyeballs in Vegas this month. 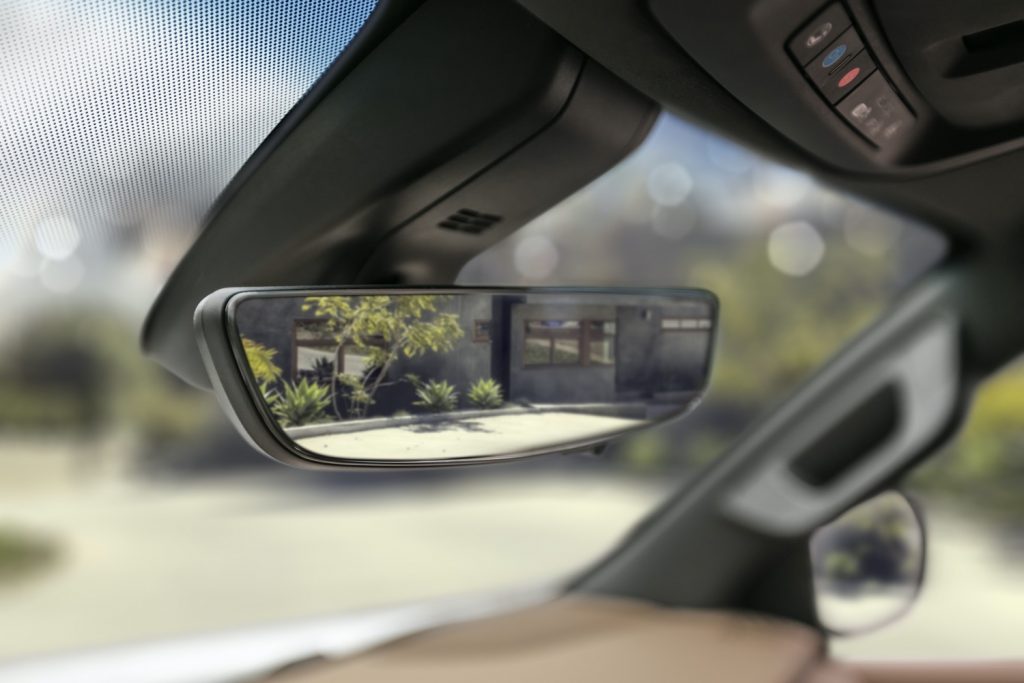 GM currently offers its Rear Camera Mirror system on a multitude of vehicles that are already in production, including the Cadillac CT6, Cadillac XT4, Chevrolet Bolt EV and Chevrolet Blazer. The automaker rolled out the second-generation of the technology on the 2019 model year CT6 and XT4 as well, which features a frameless design, more screen brightness adjustments, a zoom function, camera tilt adjustment and better screen resolution.