General Motors and Cadillac produce one of the world’s most famous armored cars: The Beast limousine. This specially developed limo, of which there have been multiple iterations, carries the president, vice president and other important U.S. political figures in presidential motorcades, featuring onboard oxygen tanks, a tear gas cannon and other defensive add-ons.

While the establishment has the most famous and potentially the world’s most advanced armored car today, one of the very first armored vehicles was owned by someone who was decidedly anti-establishment: Al Capone. 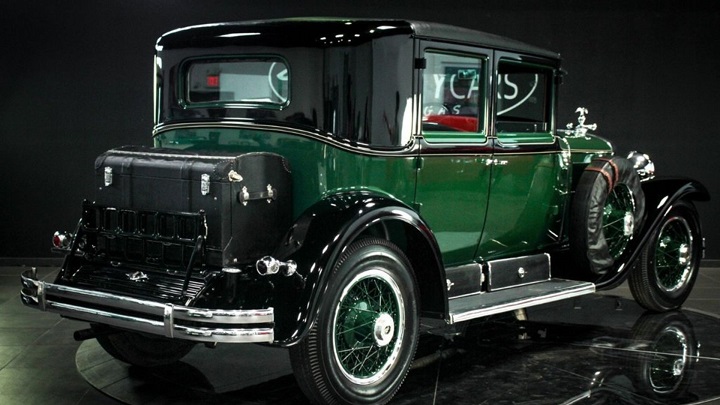 This 1928 Cadillac Town Sedan was formerly owned by the infamous Chicago gangster and is believed to be one of the first civilian-owned armored cars. The Cadillac, currently for sale via Celebrity Cars, features one-inch-thick bulletproof glass and previously featured armored plating in the door panels – though the plating was taken out during a previous restoration. A flip-down rear window was also installed, allowing Capone’s men to open it to shoot a Tommy gun, while the side windows could be cranked upward for the exact same reason.

The son of the shop owner who originally armored the car previously recalled the day Capone’s men brought it to them. When the shop owner told the gangsters that they didn’t do that kind of work there, they allegedly replied: “you do now.”

In addition to the extra-thick window glass, this car had flashing lights, a siren and a police radio installed. Capone also had the V8 engine upgraded should his men and him get into a chase with police, which apparently enables the big luxury sedan to top 110 mph. 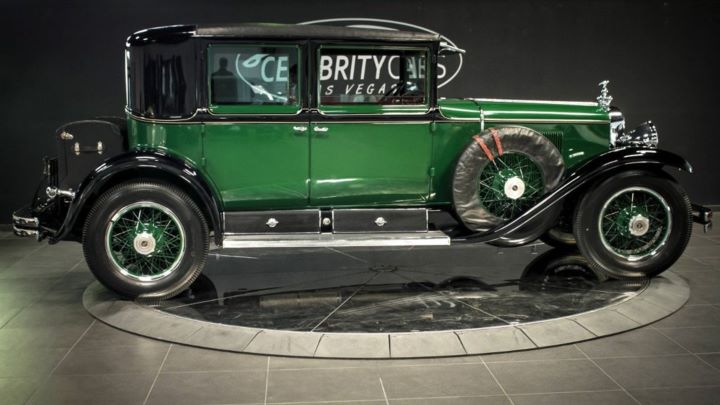 This car managed to elude police in their search for Capone and his assets, having been sold on behalf of the gangster to its second owner by a Chicago sales agent. The car eventually ended up in the Niagara Falls Antique Auto Museum and a number of other historical museums before its current owner decided to list it for sale. Celebrity Cars is looking for $1 million for the car – a rather large sum and quite a bit more than the $341,000 it sold for back in 2012.

Check out the walkaround video embedded just below for a better look at this historically significant 1928 Cadillac Town Sedan.