The 2021 Chevrolet Colorado ZR2 is gearing up to assault the midsize pickup off-roader segment with a variety of specialized rough-stuff equipment. Now, we’re getting a look at the upcoming ZR2’s front end thanks to a prototype model spotted on public roads conducting some real-world testing.

Although this is the first time we’ve seen the 2021 Chevrolet Colorado ZR2 on public roads, we previously got a chance to see it in the metal at the 2019 SEMA Show in Las Vegas, as covered in our previous Live Photo Gallery. 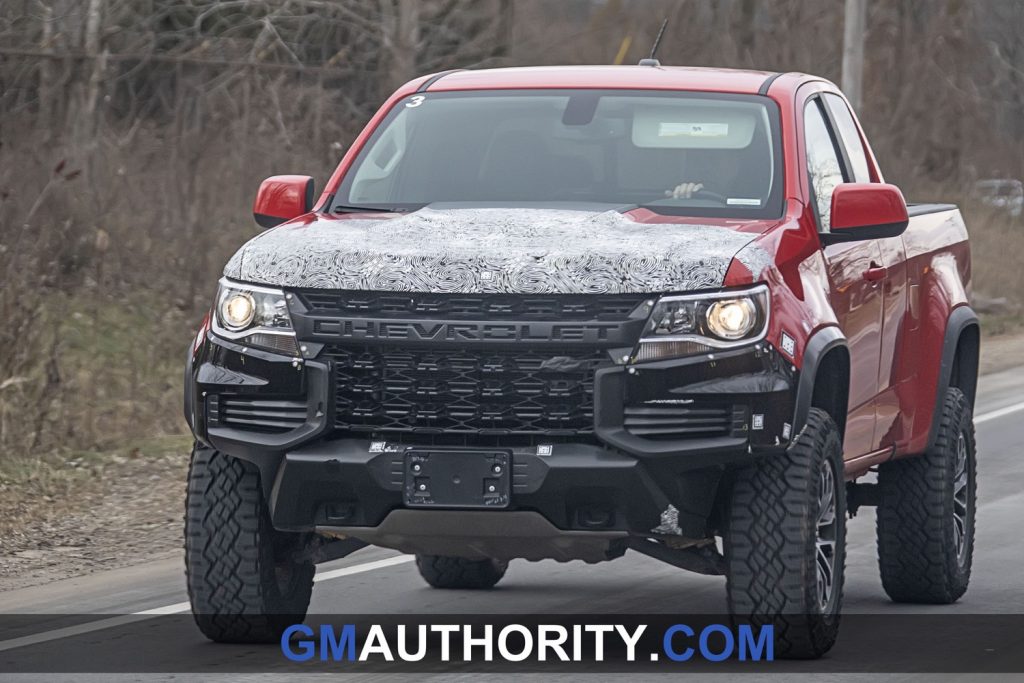 While the show-going model seen at SEMA was covered in new Sand Dune Metallic paint, the prototype featured here is finished in red and comes with some light camouflage on the hood. That said, this prototype model has the same front end styling as the model we saw before, with a large grille that stretches down and across most of the fascia.

The grille insert comes with an intricate three-dimensional treatment and mesh, as well as a flow-through logo bar stretched across the upper portion of the grille. Just below the righthand portion of the grille bar is a Chevrolet bowtie, although it appears to be covered up on this prototype. 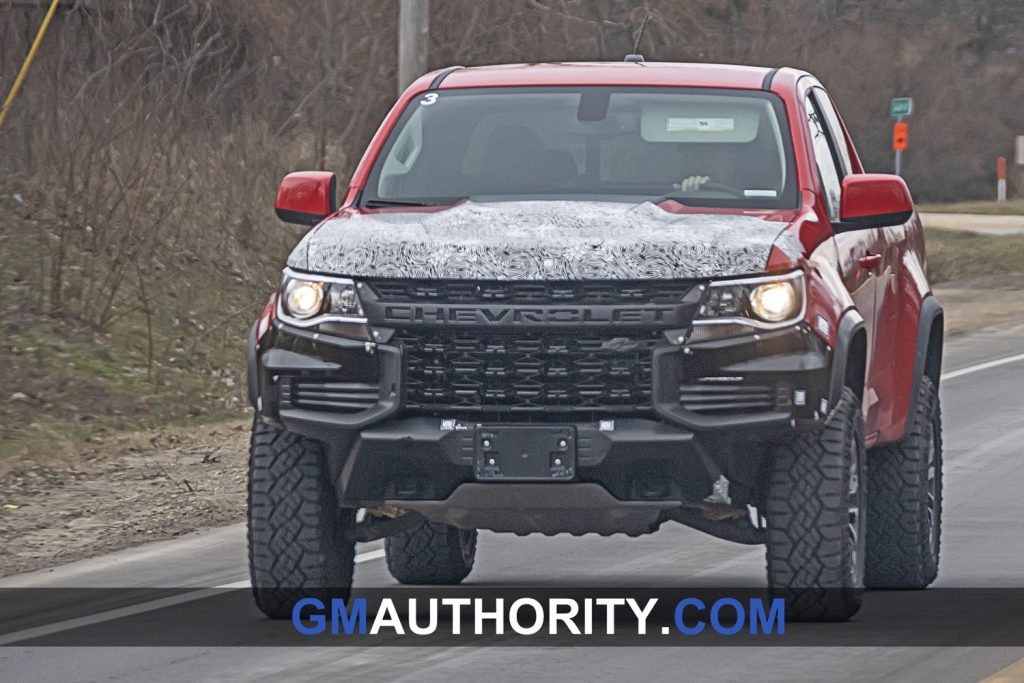 We also see two hooks mounted low in the bumper, which are expected to come with a red finish on the production model. Just below the hooks is a prominent skid plate to protect vital mechanical bits underneath, matched with additional skid plate protection elsewhere under the body.

The 2021 Chevrolet Colorado ZR2 goes on sale this year, with pricing expected closer to the vehicle’s launch.