Just yesterday, we featured spy photos of the upcoming C8 Corvette E-Ray, showing off what’s believed to be a prototype of the first-ever Chevrolet Corvette hybrid model. In those pictures, we spotted something else interesting as well – a 2020 Chevrolet Corvette C8 with the High Wing spoiler option.

As we can see here, the car in question is a new Corvette C8 draped in Elkhart Lake Blue Metallic paint. The rear end is adorned with the High Wing spoiler, the largest of the three spoiler options offered. This is the first time we’ve seen the C8’s High Wing spoiler in the wild. 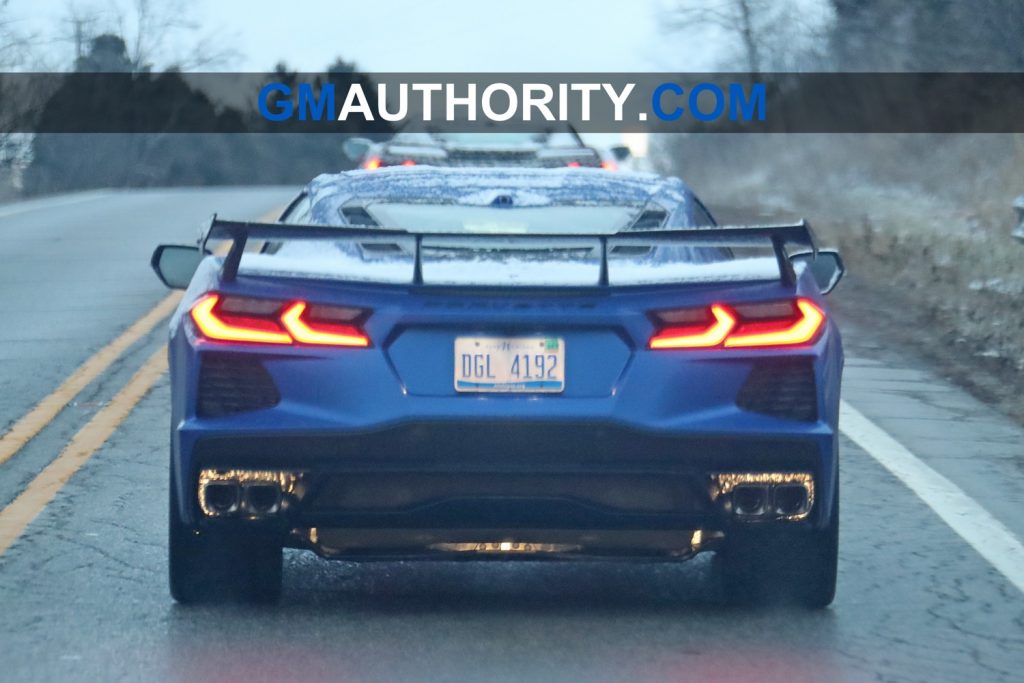 The High Wing spoiler is the third option for rear spoilers on the 2020 Chevrolet Corvette, the other two being the smaller Z51 spoiler, and no spoiler at all (wingless). 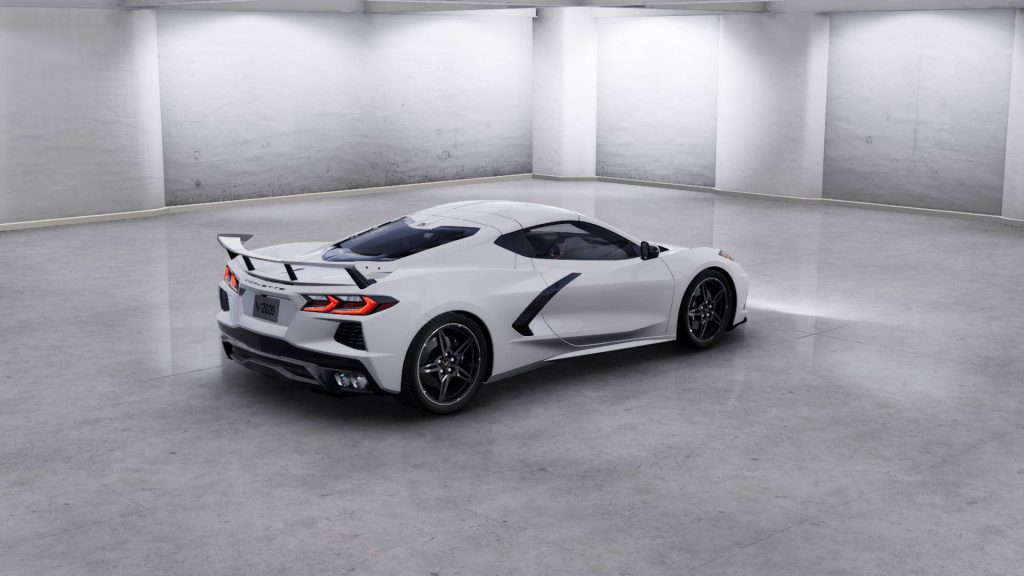 Back in October, we asked readers which 2020 Corvette C8 spoiler was best, and the majority voted for a wingless body style with 34 percent of the vote. The Z51 wing took second and third place (body color and Carbon Flash, respectively), followed by the High Wing Spoiler in fourth and fifth place (Carbon flash and body color, respectively).

What are your thoughts on seeing the High Wing spoiler on a 2020 Corvette C8 out in the wild? Does it add extra visual appeal to the new Vette’s rear end, or would you prefer a different spoiler altogether? Maybe no spoiler at all? Let us know your thoughts in the comments, and don’t forget to subscribe to GM Authority for more mid-engine Corvette news, Corvette C8 news, Corvette news, Chevrolet news, and 24/7 GM news coverage.