The 1987 Buick GNX is an absolutely iconic performance machine, offering impressive turbocharged horsepower and torque wrapped in a Darth Vader aesthetic. With limited production figures and increasing interest among collectors, the GNX is becoming quite the rare find these days. Rarer still is finding one as factory fresh as the example featured here. 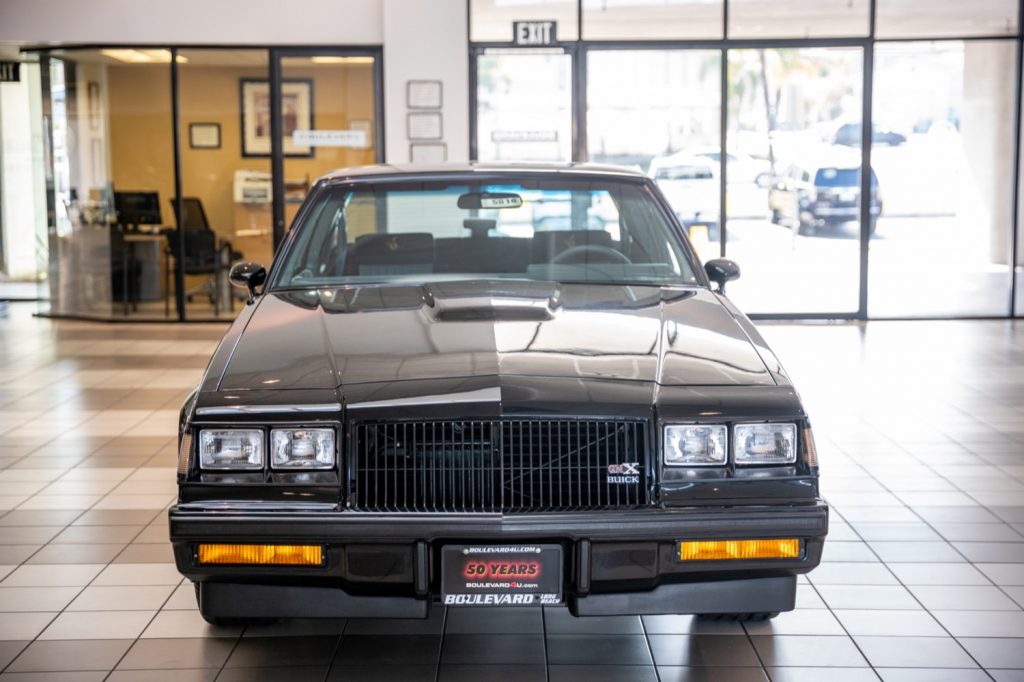 This particular example is #308 of 547 produced, and was never officially sold. In fact, it’s still on offer from the dealer where it was originally delivered, and boasts a mere 202 miles on the odometer. It was also featured on Jay Leno’s Garage. 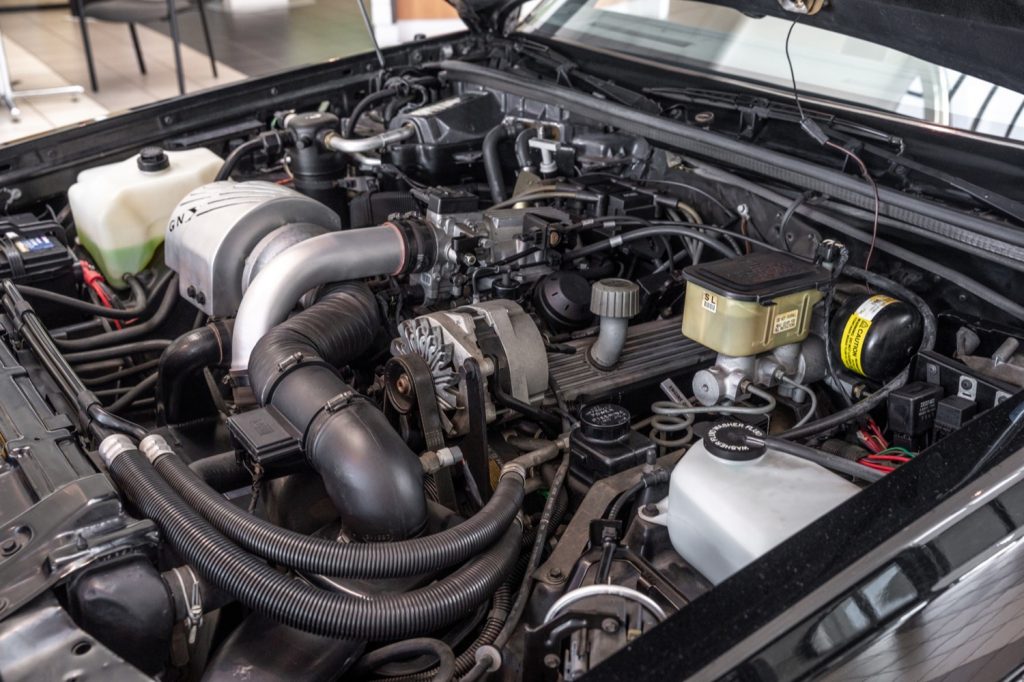 The main draw of the Buick GNX is what’s lurking under the hood. Created in collaboration with McLaren Performance Technologies/ASC, the GNX is powered by a turbocharged 3.8L V6, with a Garrett T3 turbo stuffing the cylinders. Output when new was rated at 276 horsepower and 360 pound-feet of toque, however, the figures were reportedly underrated. Actual output sang to the tune of 300 horsepower and 420 pound-feet of torque. Muscle is routed rearwards through the 200-4R four-speed automatic transmission. 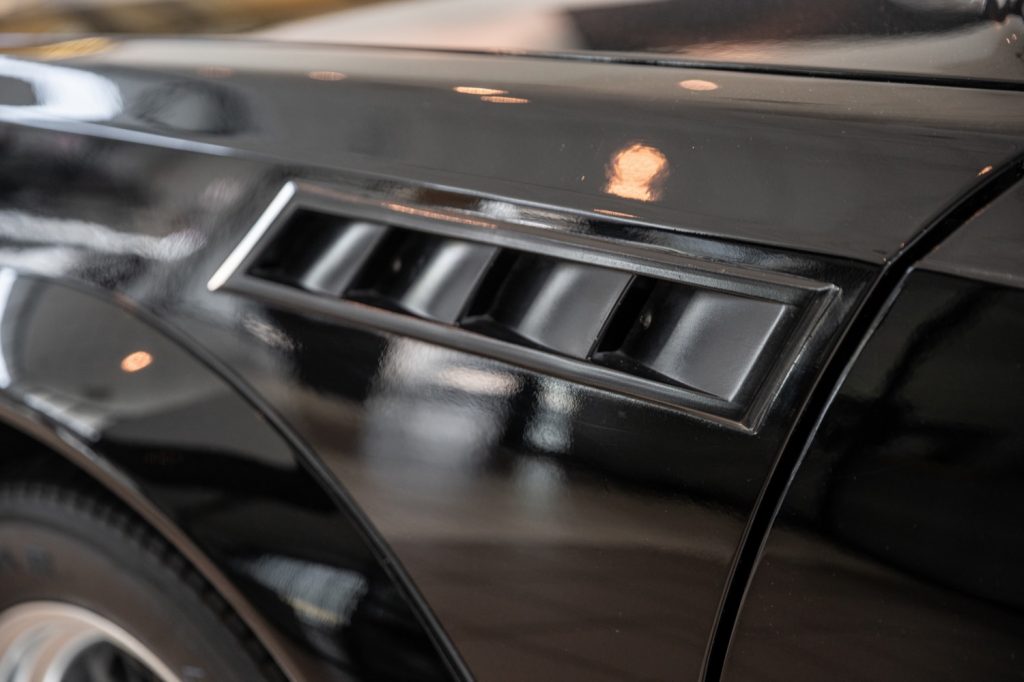 The Buick GNX looks the part of a performer thanks to fender vents, wheel arch flares, and a three-piece rear spoiler, while the black paint adds to the intimidation factor. GNX badging is found on the grille and the trunk, while 16-inch black-and-chrome wheels sit in the corners. 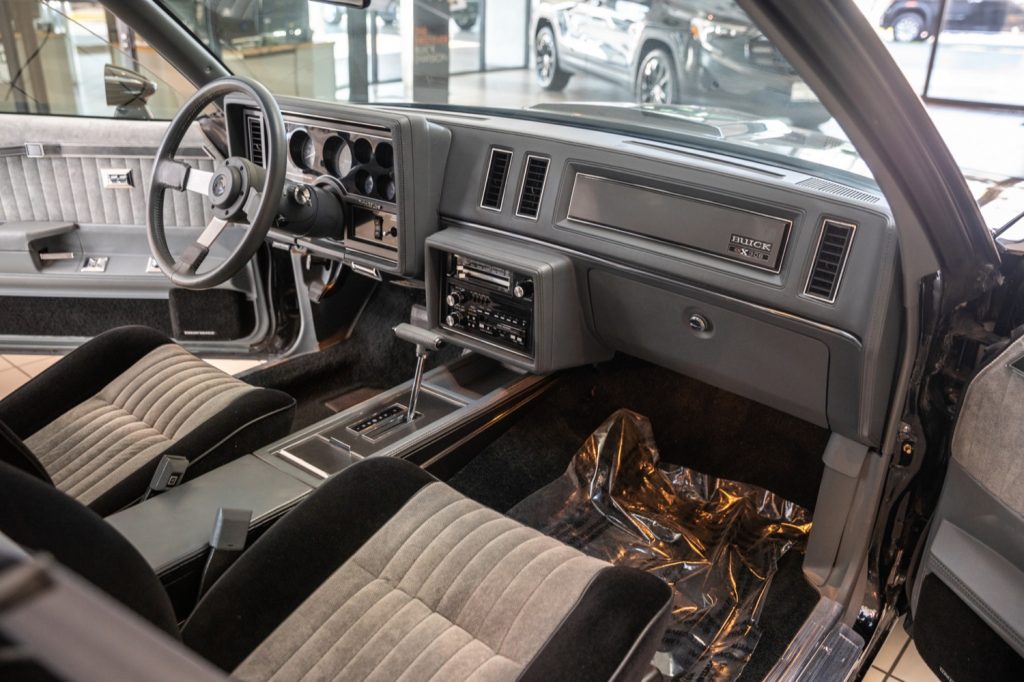 Inside, the Buick GNX comes with embroidered headrests, as well as a unique instrument cluster with a Stewart Warner speedometer, tachometer, and boost gauge. Two-tone black-and-gray cloth upholstery covers the seats. 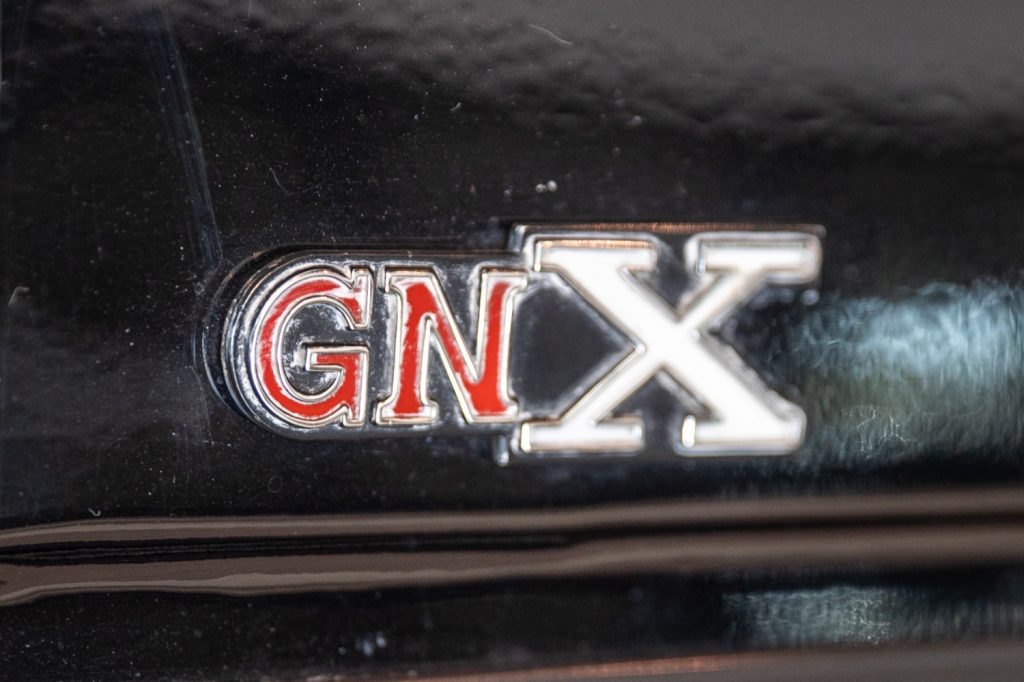 This 1987 Buick GNX is on sale now in Signal Hill, California, and is listed on Bring A Trailer. The vehicle includes a good deal of documentation, including the original window sticker, Manufacturer’s Statement of Origin, and factory literature. The current bid is set at $150,000 as of this writing (1/17/2020), with three days left in the auction. 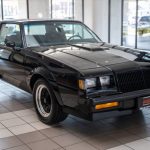 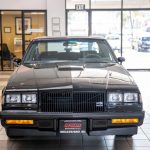 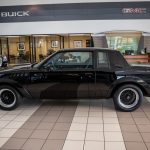 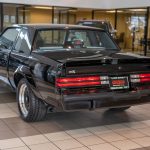 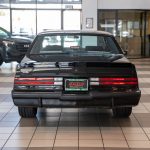 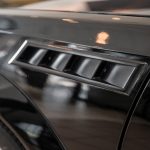 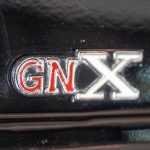 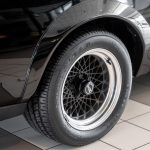 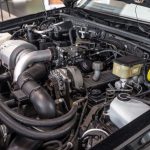 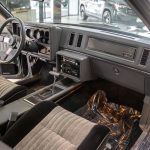