Cadillac has been trying to knock German automakers like BMW and Mercedes-Benz from the top of the sports sedan totem pole for years now. Cars like the second and third-generation CTS-V and the smaller ATS-V have successfully managed to take on Deutschland’s best, but Cadillac’s assault on the performance sedan segment is far older than those relatively recent models.

This advertisement for the 1993 Cadillac Seville STS is evidence of just how long Cadillac’s been sparring with Germany over sports sedan supremacy. The first Cadillac V-Series model was still more than ten years away when this ad aired, but even still, it touted the performance the Seville STS, which featured a 300 horsepower 4.6L Northstar V8 engine and was the most powerful front-wheel drive vehicle available at the time. The ad claims that thanks to this engine, the Seville STS could out-accelerate both a Mercedes-Benz 300E and Lexus LS400, while also reaching a higher top speed than the BMW 535i. 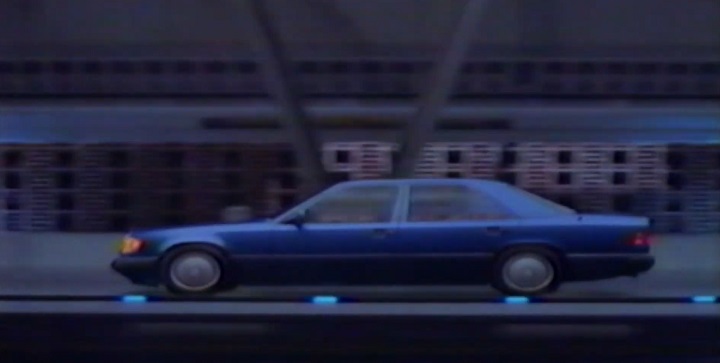 According to ZeroTo60Times.com, the 1993 Seville STS could accelerate from 0-60 mph in about 7.1 seconds and completed the quarter-mile in 15.2 seconds. It also had a top claimed top speed of 149 mph. The sedan is faster than the vehicles listed in the ad, then – though GM refrained from mentioning the existence of vehicles like the V8-powered Mercedes-Benz 500E and BMW 540i. BMW also offered the E34 M5 at the time, which could accelerate from 0-60 mph in around 5.5s and would top out at 155 mph. The Seville STS was still an impressive performer for 1993, though, and was really the only fast, V8 luxury sedan coming out of Detroit at the time.

Check out the ad embedded below to hear how Cadillac stacked up to the competition back in 1993.