By the time the late ‘70s rolled around, the venerable Oldsmobile 442 looked quite a bit different from its original muscle car roots. Facing pressure from the 1973 – 1974 oil crisis, V8 engines were no longer standard equipment, with a six-cylinder equipped in 1975 as the first standard ‘six since the 442’s introduction in 1964. Nevertheless, that didn’t stop some intrepid owners from installing their own custom powerplants, as evidenced by the unique 1978 Oldsmobile 442 featured here. 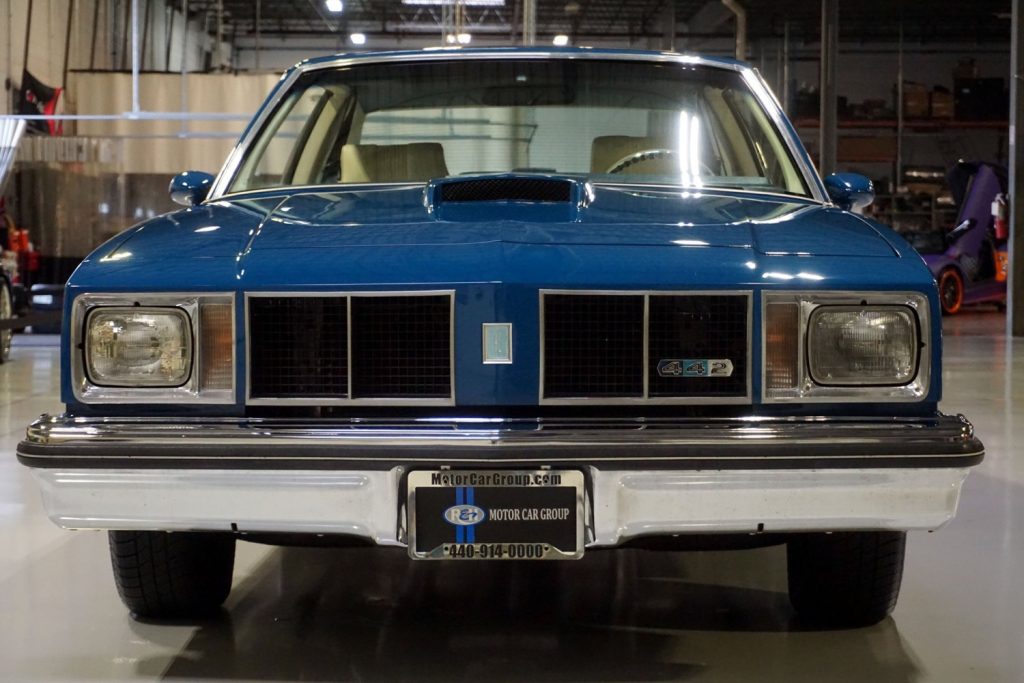 Although the 1978 Oldsmobile 442’s original engine lineup varied from an entry-level 3.8L V6 to a 305 (5.0L) V8, the 350 was conspicuously missing from the official lineup. As such, the previous owner of the vehicle featured here decided to swap one in for themselves, providing the appropriate soundtrack through a custom dual exhaust system. The 350 V8 is mated to an automatic transmission driving the rear wheels. 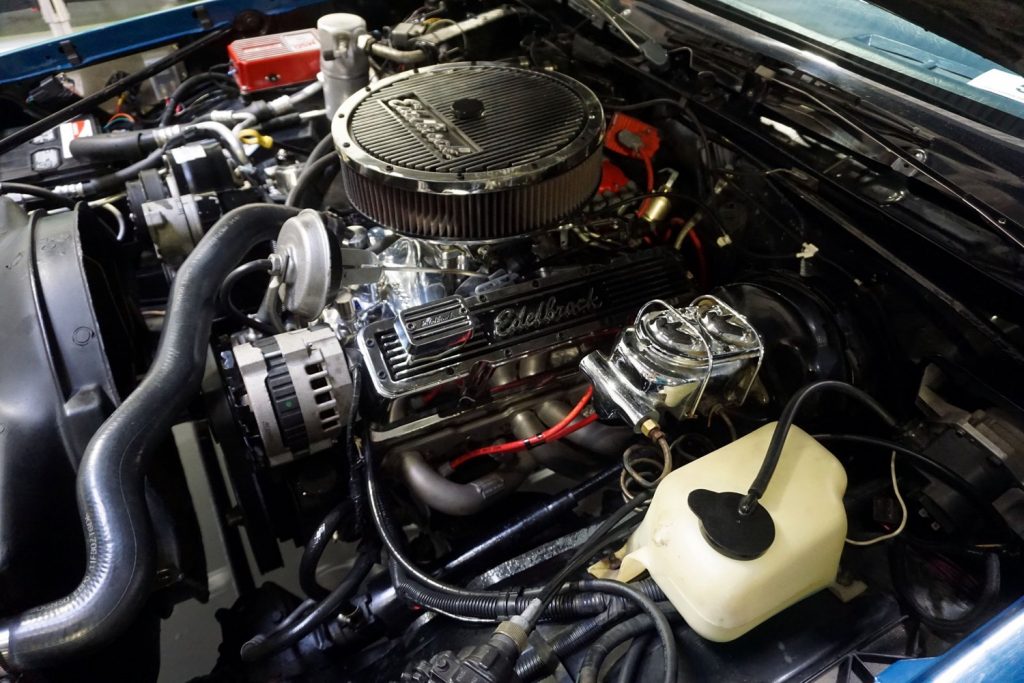 Outside, we see the 1978 Oldsmobile 442 “Aeroback” body style, which gives it a boxy appearance and a somewhat raked stance. Covered in two-tone blue-and-white paint, the look is definitely attention-grabbing, with chrome added to the fender flares and a prominent air scoop up front. We also see prominent “442” badging front to back, plus some complementary “350” badging on the fenders to hint at what’s under the hood. 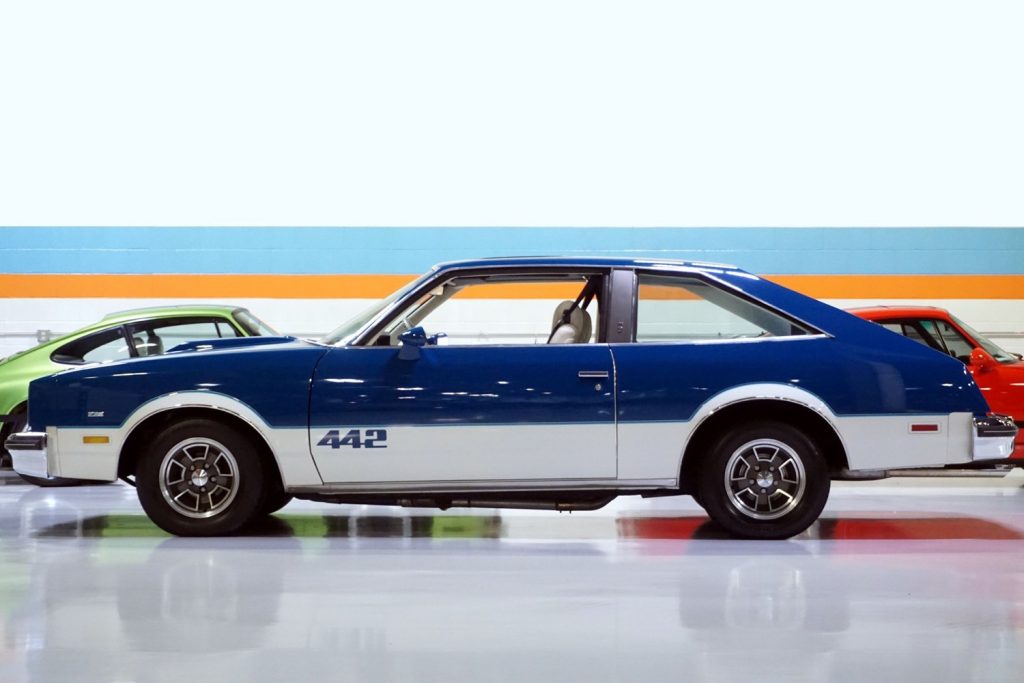 The blue-and-white color scheme is also seen throughout the custom cabin space. The leather bucket seats, rear bench seat, and door panels are finished in white, and the carpeting, dash, steering column, and door panel trim are all in blue. It looks as though the owner also upgraded the audio system with a six-disc CD changer mounted in the trunk. 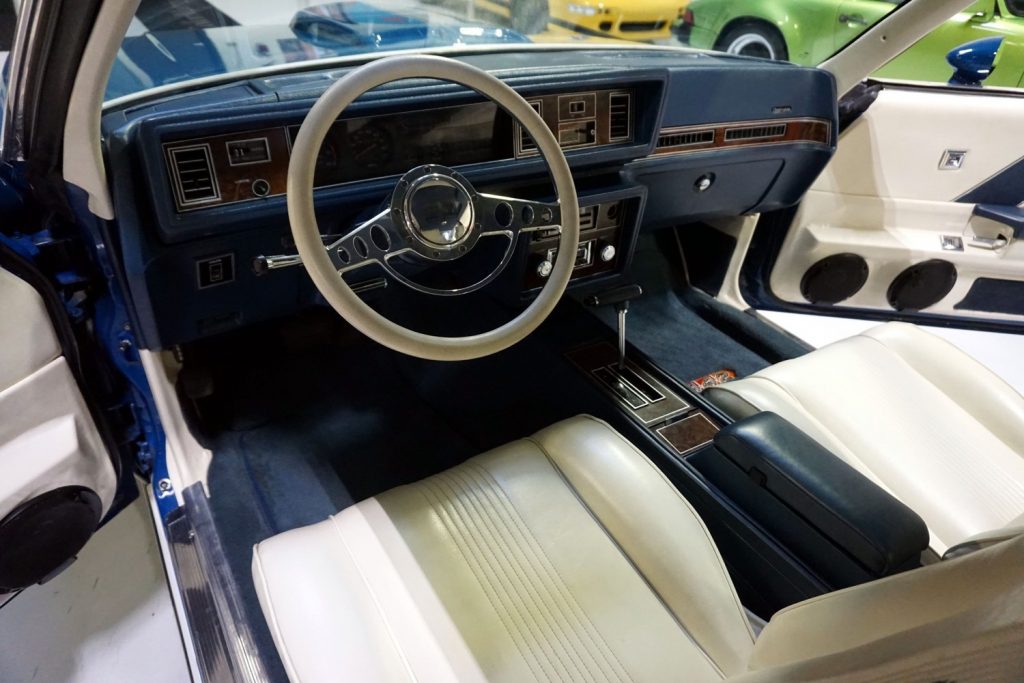 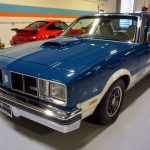 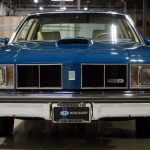 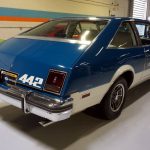 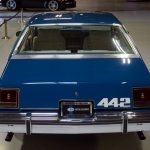 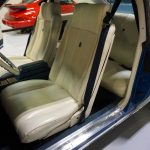 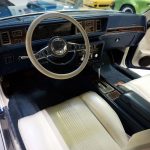 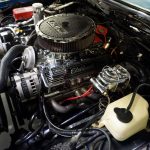 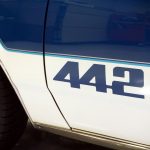 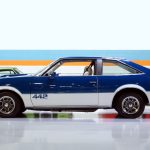