General Motors has built some of the most recognizable and most widely celebrated luxury vehicles of all time. Cars like the Cadillac Eldorado Brougham and first-generation Buick Riviera have become style icons and are synonymous with high-end 1950s and 1960s Americana. Well-known cars like these can be quite pricey, though, sometimes limiting them to wealthier classic car fans. 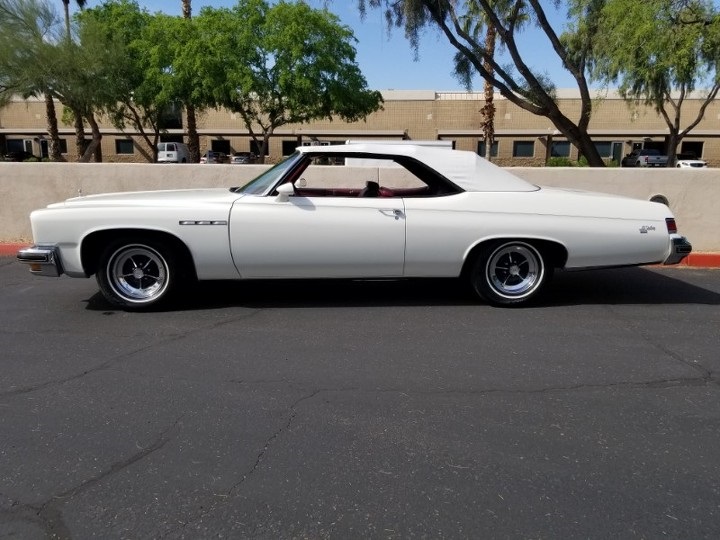 However, that doesn’t mean you can’t get yourself a showroom-quality GM classic car for a good deal. Take this 1975 Buick LeSabre Convertible, for example. The car will be auctioned off at Russo and Steele’s upcoming Scottsdale auction, and while the auction company doesn’t provide an estimate as to its value, LeSabres like this can be had for well under $20,000 – making nice examples a great deal and perhaps even a decent investment opportunity. 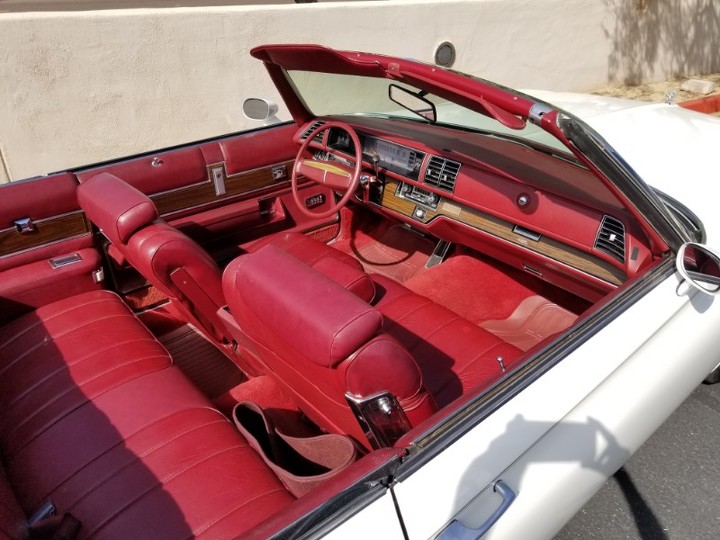 There aren’t too many details available on this particular car, but the listing says it has been owned by just one single person since it drove off the Buick lot in 1975 and has just 26,000 original miles. It is also completely rust-free, having been located in Arizona for most or all of its life. The listing says it runs and drives excellent and, importantly, the white electric folding soft-top roof works great.

If you ask us, this is also a great exterior and interior color combination for big 1970s convertibles like these, with the red interior popping against the white paint when the top is down.