In 1969, General Motors invited members of the press to the GM Technical Center in Warren, Michigan to show them a number of future mobility concepts it had developed. Among them was the GM XP 512 series – a three-car lineup of tiny two-person city cars that were intended for use in congested areas, or for short trips to the store.

While GM presented electric, gasoline and hybrid versions of the 512, the most impressive variant was the electric one. With an 84-volt Delco-Remy lead acid battery and DC Delco-Remy electric motor, the little city car had a range of 58 miles when travelling at a consistent pace of 25 miles per hour. It could be charged up at a 115-volt household outlet, which would take about 7 hours to fill the battery. According to the GM Heritage Center, the car has a wheelbase of just 52 inches, an overall length of 86.3 inches and a width of 56 inches. It tipped the scales at 1,250 pounds, heavy considering its size, but not bad for a vehicle with a 1960s lead-acid battery onboard. 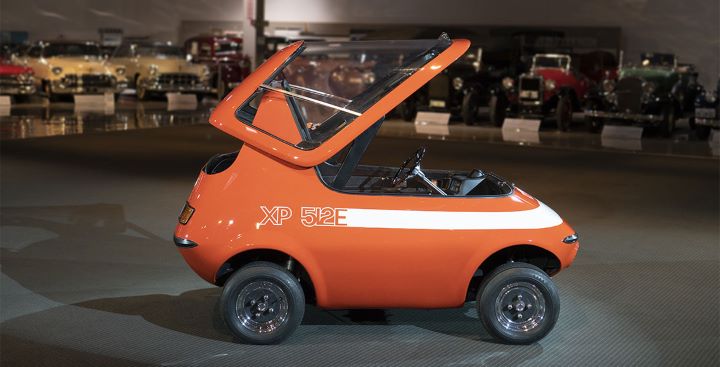 The hybrid GM XP 512 was also rather innovative for the time and was one of the world’s first-ever gasoline-electric hybrid vehicles. It used a small 200cc engine, along with a DC electric motor and a 72-volt lead acid battery. It could operate in both pure electric or hybrid mode and, like the EV, could be recharged using a standard 115 volt outlet. The vehicle boasted an estimated electric range of 5.2 miles at a sustained speed of 30 mph, while the range in hybrid mode was 150 miles using just three gallons of gas. The top speed in hybrid mode was also 35 miles per hour, making it faster than the EV, too.

In the demonstration video embedded below, the GM 512 is the red car, while the hybrid is the blue car. The two roofless cars (like the one pictured below) are the gas version, which used a two-cylinder engine, variable ratio v-belt transmission and four-gallon fuel tank, giving it a top speed of 45 mph and a range of about 280 miles. 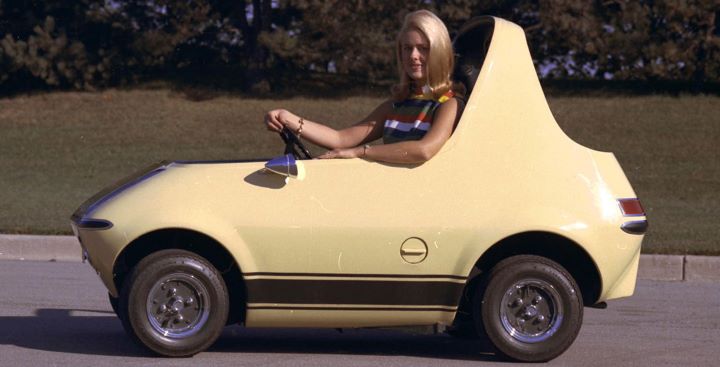 While the GM XP 512 didn’t catch on at GM in the late 1960s, the car turned out to be a rather accurate depiction of the future of mobility. GM’s Chinese joint venture venture partner, SAIC Wuling, has seen immediate success selling its Baojun E-Series of electric city cars, which are essentially modern-day versions of the electric GM XP 512. The Smart brand was built on the same idea, as well, and while it hasn’t caught on in North America, Smart sales are still strong in other markets. According to Daimler, the brand sold a total of 130,000 vehicles in 40 markets worldwide in 2018. Toyota is also working on a city car similar to the Baojun E-Series, as well, which will be sold in Japan. 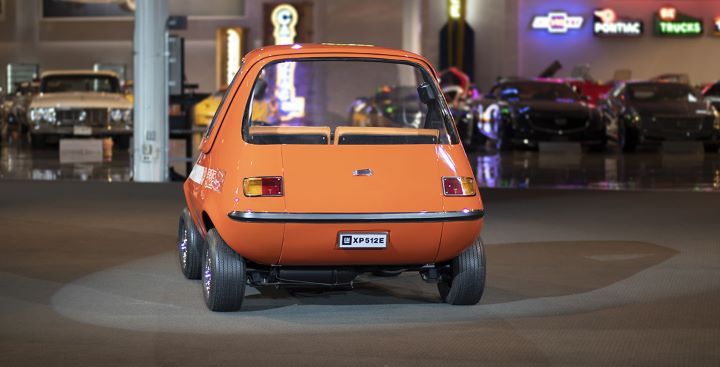 The GM XP 512 currently sits in the GM Heritage Center. Check out the video embedded below to see all three versions of the car in action and click here for some additional photos of the electric version in the collection.