Although the ‘60s were filled with impressive Chevy muscle cars, the automaker’s corporate limit on engine size and performance left many enthusiasts looking for more. In response, some intrepid dealers found a sneaky workaround via the Central Office Production Order, which allowed for unique equipment combinations straight from the factory.

While originally intended for fleet vehicles, the special orders were subsequently leveraged to fit a selection of Bow Tie products with massive engines, giving birth to the COPO line of muscle cars. This 1969 Chevrolet Chevelle COPO hails from that group of vehicles, and is now headed to auction with a number of enticing details in tow. 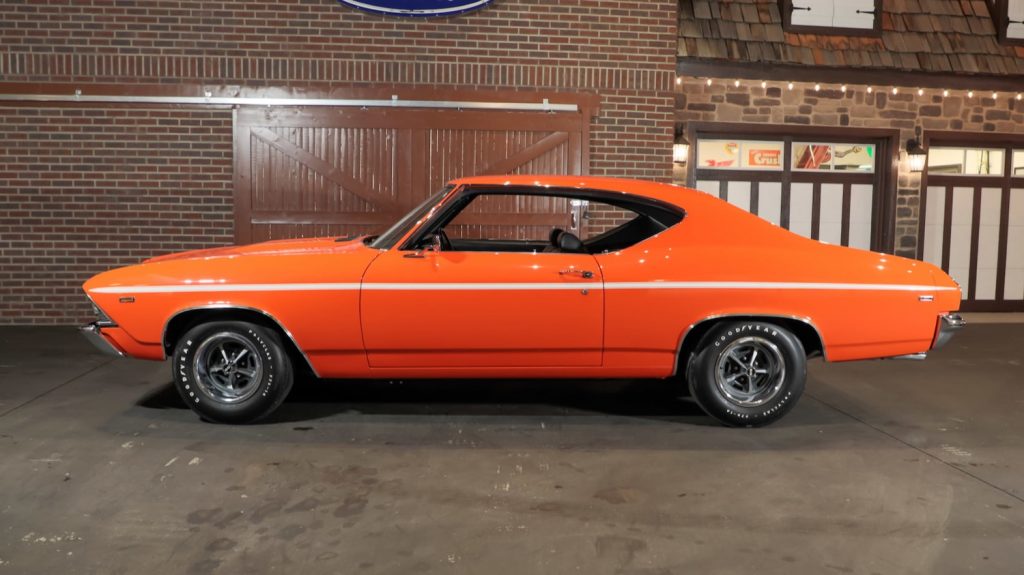 No doubt about it, the first thing to catch our attention is the Chevelle’s paint job. The color is dubbed Hugger Orange, which was a special-order shade at the time. Given the coupe was originally delivered to a dealer in Toronto, it’s just one of three 1969 Chevrolet Chevelle COPO models painted Hugger Orange and delivered to Canada. Complementing the eye-searing paint is a White longitudinal stripe running down the flanks, while SS wheels wrapped in Goodyear Polyglas tires take up the corners.

Although the sheet metal is original, this 1969 Chevrolet Chevelle COPO also received a frame-off rotisserie restoration with NOS parts galore. 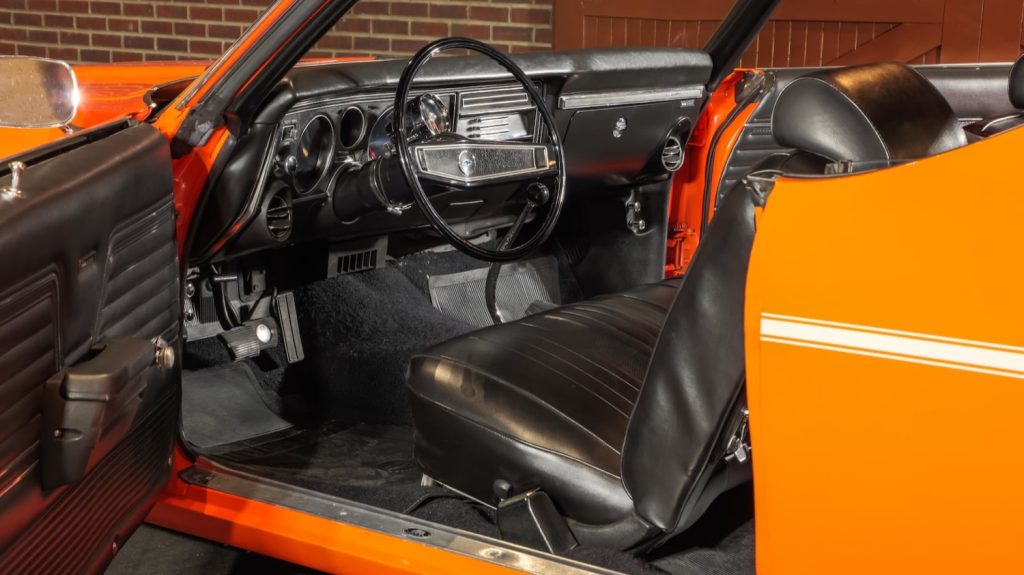 The cabin looks like a nice place to be, with all-black upholstery and bench seating, as well as a floor-mounted shifter and a steering column-mounted tachometer. 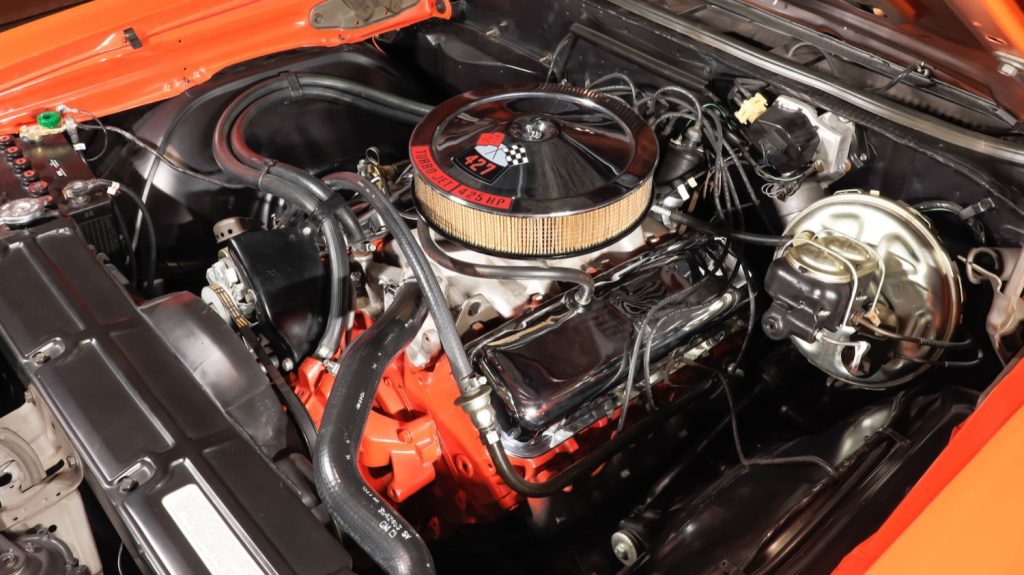 However, the true prize can be found under the hood, where this 1969 Chevrolet Chevelle rocks a COPO 9566 427 cubic-inch L72 V8 rated at 425 horsepower. Of course, that’s what the engine was originally rated at, but later testing revealed output closer to 450 horses. 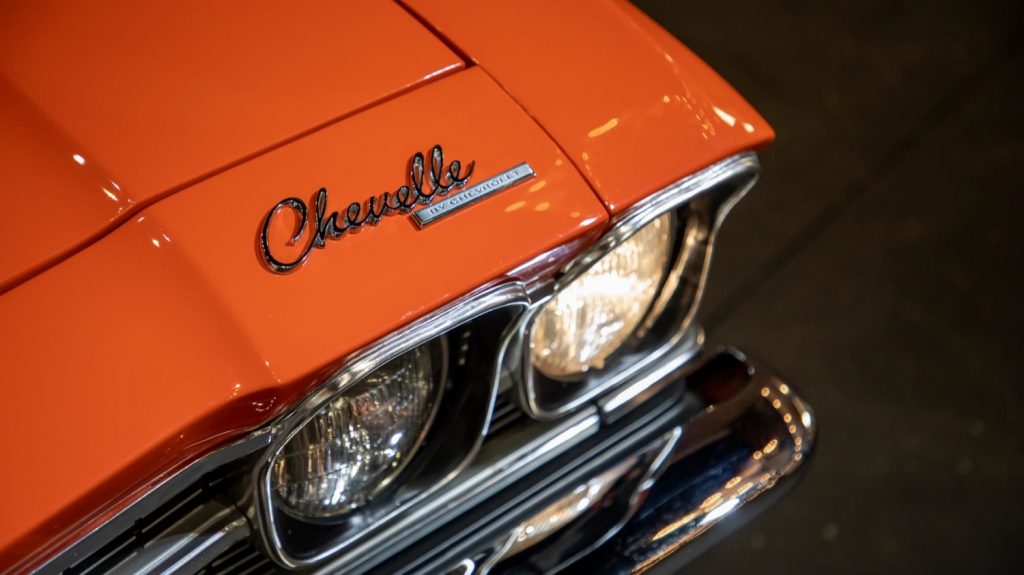 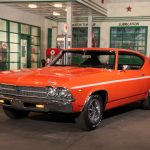 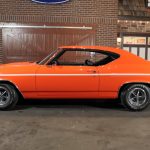 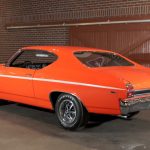 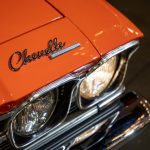 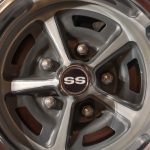 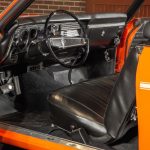 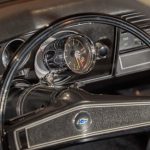 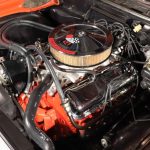