General Motors introduced the Starfire nameplate in 1953, when it debuted the Oldsmobile Starfire Concept at its annual Motorama exhibition in New York City. It then found its way to production, with GM using the name to designate an upscale version of the Olds Ninety-Eight convertible. However, GM had bigger ambitions for the Starfire nameplate and eventually made it an entirely separate model for the 1961 model year. 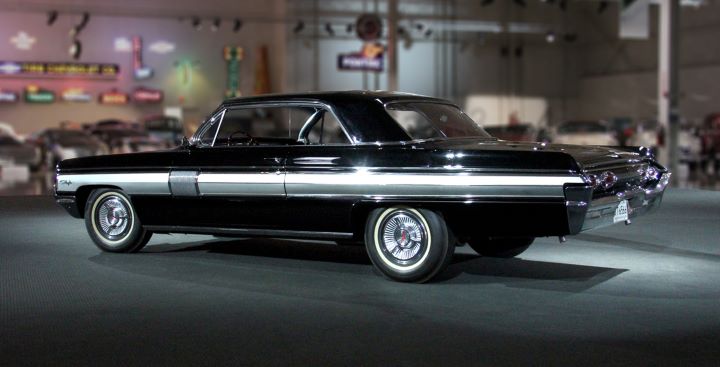 The 1961 Oldsmobile Starfire, which was related to the Oldsmobile Super 88 and Dynamic 88, was available as a convertible only and was offered exclusively with the 395 cubic-inch (6.5-liter) Oldsmobile V8 engine. This high-compression eight-cylinder motor was good for up to 330 horsepower, making it the most potent Oldsmobile engine available at the time. GM then added a two-door hardtop to the Starfire lineup in 1962, broadening its appeal. 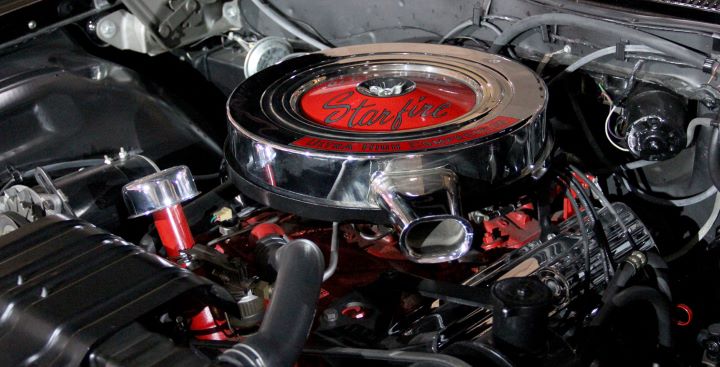 With dramatic exterior styling, a powerful V8 engine and a luxurious cabin, it’s should be no surprise that GM wanted to keep a first-generation Oldsmobile Starfire for the GM Heritage Center collection. The example residing in the collection is a black 1962 hardtop with a bright red interior. Standard equipment on the Starfire in 1962 included a Hydra-Matic automatic transmission, a sports console with a tachometer, two-speed wipers, power brakes, power steering, dual exhausts and leather interior trim. The ’62 coupe is much more common than the convertible, with GM selling 34,839 Starfire two-door hardtops and just 7,149 convertibles that year.

The Oldsmobile Starfire is one of the late 1950s and early 1960s American cars that is representative of what Detroit could do in its heyday. As over-the-top and decadent as some of these cars were, their opulence is what made them special and is the reason why people still desire them to this day.

Click here for a little more information and some additional photography of the GM Heritage Center’s near-perfect 1962 Oldsmobile Starfire.