The 1957 Chevrolet is ubiquitous at classic car shows. Go to any given car meet or show during the summer and you’ll probably see a 1957 Chevy of some sort, but no matter how many ’57 Chevy coupes or sedans you’ve seen in your life, we doubt you’ve ever seen one quite like this converted limousine version currently for sale on Cragislist. 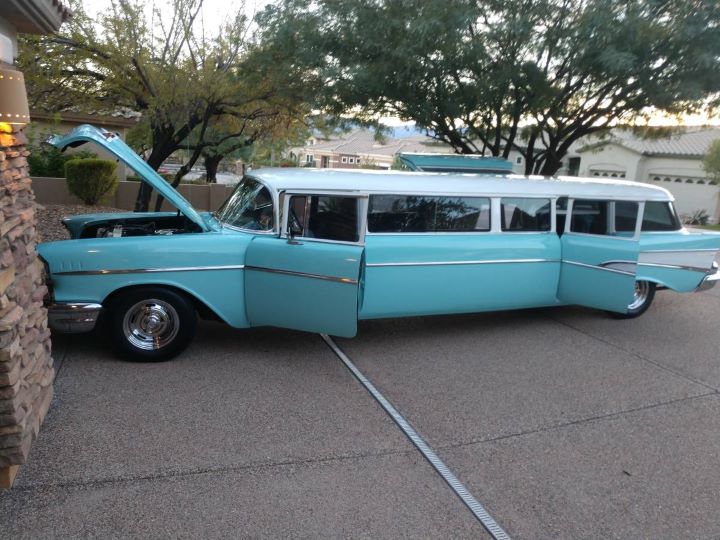 According to the listing, this 1957 Chevrolet Bel Air limo was fully restored about 15 years ago. It’s not clear what the vehicle’s origins are, but this is no ordinary limousine. Measuring in at about 25 feet long, this stretch Chevy is nearly as long as a standard city bus. Despite its size, the seller says the four-barrel Chevrolet V8 and two-speed automatic transmission pull the car along at 70 mph with ease. The back can seat about 8-9 people, the seller says, and while there’s no television or other modern-day luxury amenities, the car does at least have an AM/FM radio, air conditioning and power windows. 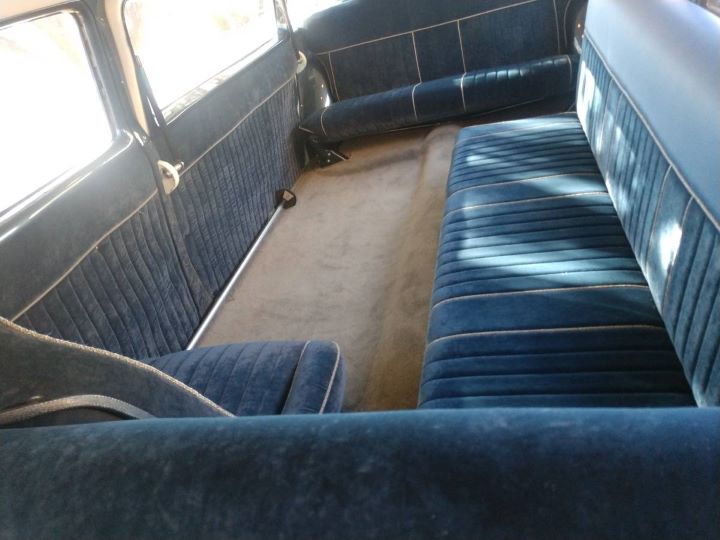 Many stretch limousines aren’t very well built to begin with, but this Bel Air limo actually appears to be fairly well executed and is said to be in very good shape. The current owner has a restorations shop and has kept it in good condition and working order over the years, the listing indicates. While a vehicle like this would require a lot of storage space and only has limited appeal, this one at least appears to be well taken care of. That should be a given considering the asking price, though. The seller is hoping to get $48,000 for this stretched out Chevy – not cheap by any means, but then again, the seller probably has the 1957 Chevy limo market cornered.

Check out the listing at this link for additional information and photos of this unique 1957 Chevrolet Bel Air limo.