General Motors presented the 2021 Chevrolet Trailblazer at the 2019 Los Angeles Auto Show back in November, expanding the Bow Tie brand’s existing crossover offerings with a new entry slotting between the Chevrolet Trax and Chevrolet Equinox. So far, just two trim levels have been announced, although we revealed the rest of the Trailblazer trim lineup in an exclusive post earlier this week. The two officially announced trims are the RS and the Activ, both of which offer their own unique features and styling that’s catered to specific customer tastes. Here’s what makes the 2021 Chevrolet Trailblazer Activ stand apart.

As though it weren’t already obvious from the names, the Trailblazer RS is the sportier of the two models, while the Activ is framed as an outdoorsy soft-roading adventurer. Both come with styling that looks similar to that of the latest Chevrolet Blazer and Chevrolet Camaro, with an aggressive demeanor and angular lines. However, the Activ also gets a unique grille treatment, as well as a unique front and rear fascia. 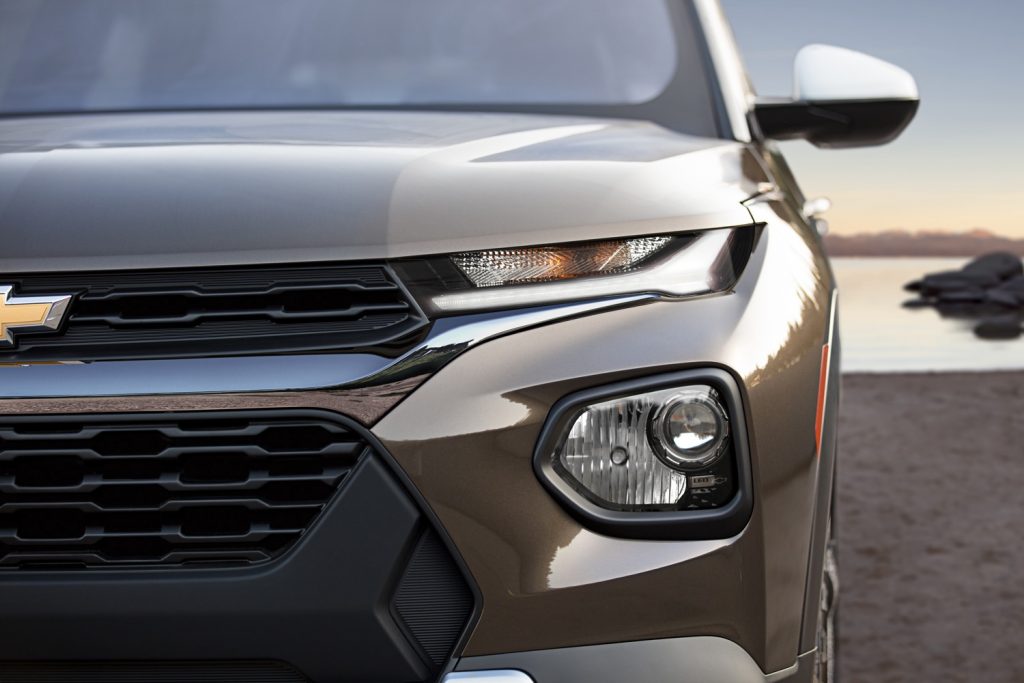 Whereas the RS gets a sporty mesh grille, the Activ uses a more segmented grille insert. The Activ also gets a faux skid plate lower in the front chin, and a revised bumper section for better ground clearance. The lighting also differs from that of the RS. 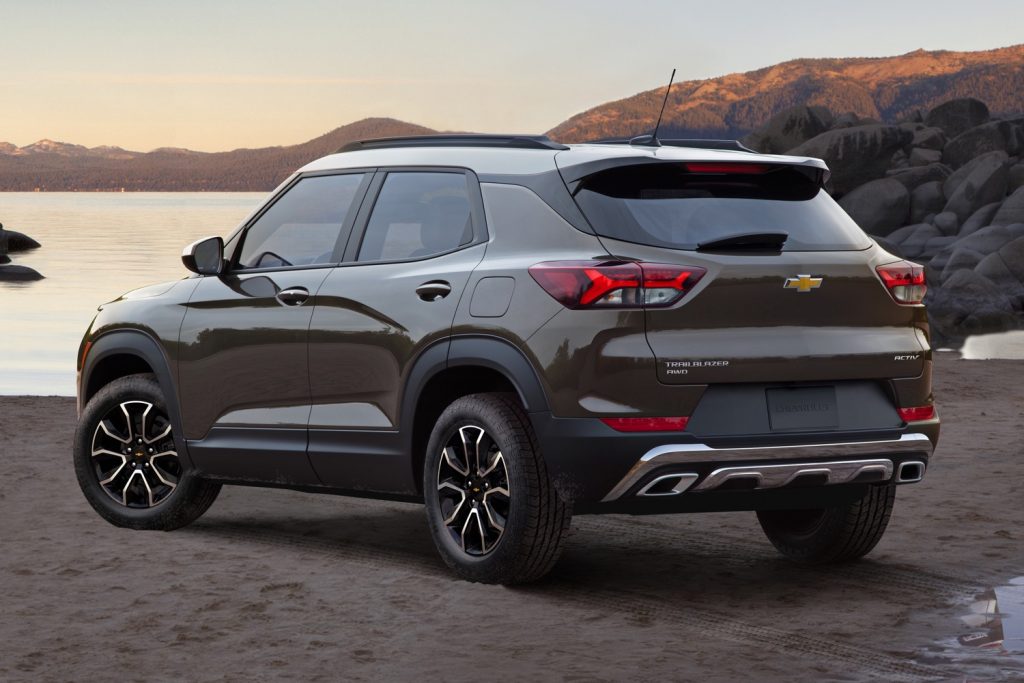 Meanwhile, the Activ’s interior does without the plethora of red accents seen on the RS. 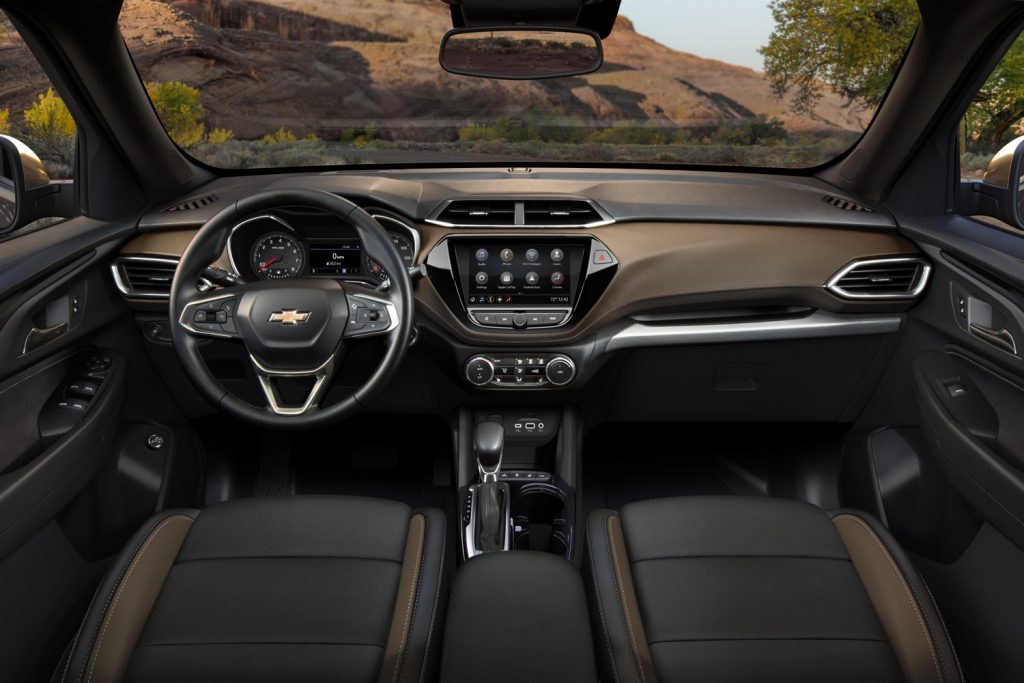 Beyond the aesthetic differences, there are also specific performance changes between the two trims as well. For example, the Activ gets 17-inch Hankook Dynapro AT2 sport terrain tires, while the RS mounts Hankook Kinergy GT all-season tires. To complement the rubber, the 2021 Chevrolet Traiblazer Activ offers an off-road tuned suspension that’s specifically geared for traversing “gravel roads.” 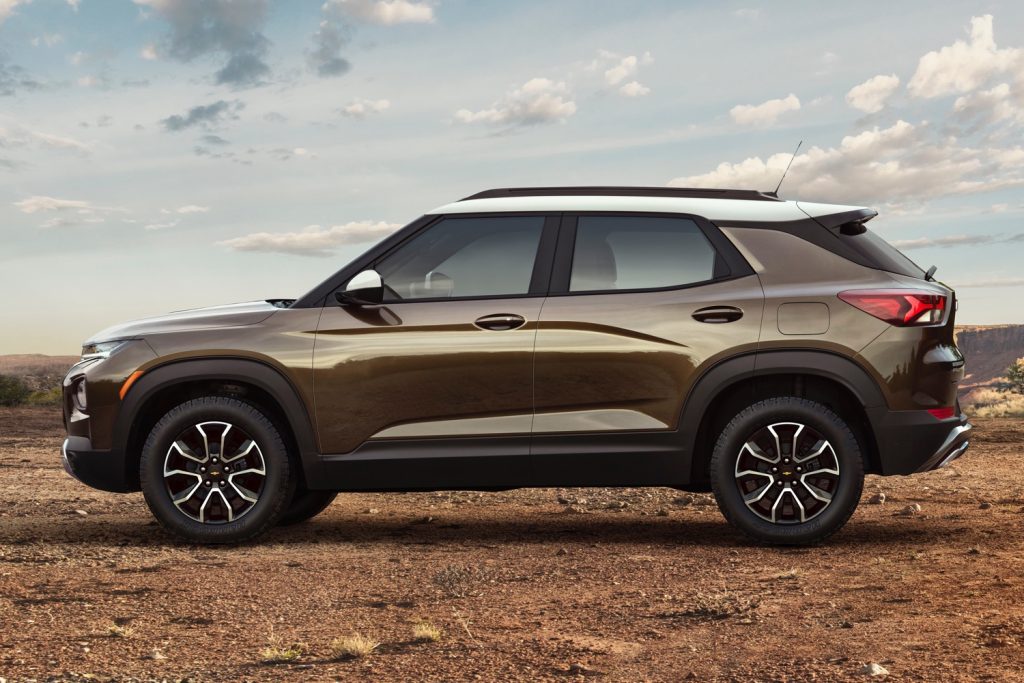 With regard to the name, it’s worth noting that this isn’t the first time Chevy has utilized “Activ” to denote a specific trim level, as the Bow Tie brand previously used it with the Chevrolet Spark and Chevrolet Spin.