There are lots of ways to have fun in your Corvette and really stretch its legs. You could take it to an autocross event, or maybe even a track day. One place you definitely wouldn’t want to take it, though, is out for a day of off-roading at the dunes.

Leave it to YouTube to produce someone who is willing to take their Corvette off-road, though. A C5 Chevrolet Corvette owner who goes by the name of ‘HUMMAH’s Cars RedWhite&Blue’ recently took his car out to a nearby beach to see how it would fare during a day at the dunes. As bad of an idea as this may sound, we were surprised to see the Corvette actually did pretty well and the owner did a good job of keeping his foot on the gas and not getting stuck. 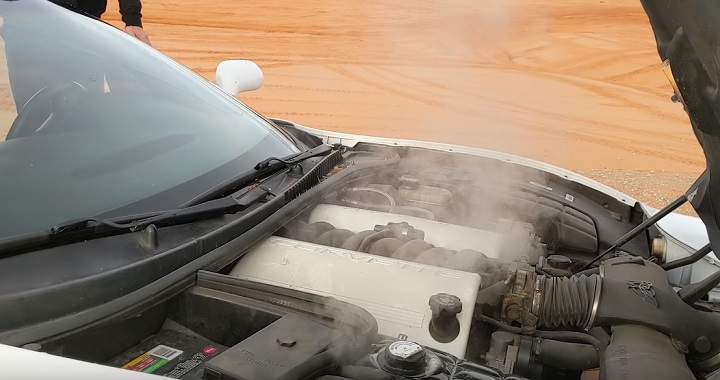 Eventually the C5 Corvette, which has over 300,000 miles on the clock, overheats. When it cools back down, the owner tries again, doing some drifts before eventually (and inevitably) getting stuck in the sand. He also manages to rip a brake cooling duct off of the car, crack the bumper and tear some of the underbody pieces off. In a video posted to his channel assessing the damage more completely, he says he has no regrets taking the car to the sand dunes, even adding that there may be some new videos where he takes it back. This time, though, he plans make it more capable, suggesting he may get some off-road tires or modify the suspension. He also says the reaction to the stunt has been split, with some people cheering him on for enjoying his car and others having a more negative take on the matter.

So, if you’ve ever wanted to see a C5 Corvette get thrashed at the dunes, check out the video embedded below.