Baojun has just revealed the first images of its New Energy Vehicle, or NEV. This all-new minicar, which doesn’t have an official name yet, ushers in a new styling direction for the brand’s range of electric vehicles. As such, the NEV is Baojun’s first electric car that adopts the “Interstellar Geometry” design language, and its particular appearance elevates the brand’s uniqueness to a new level. 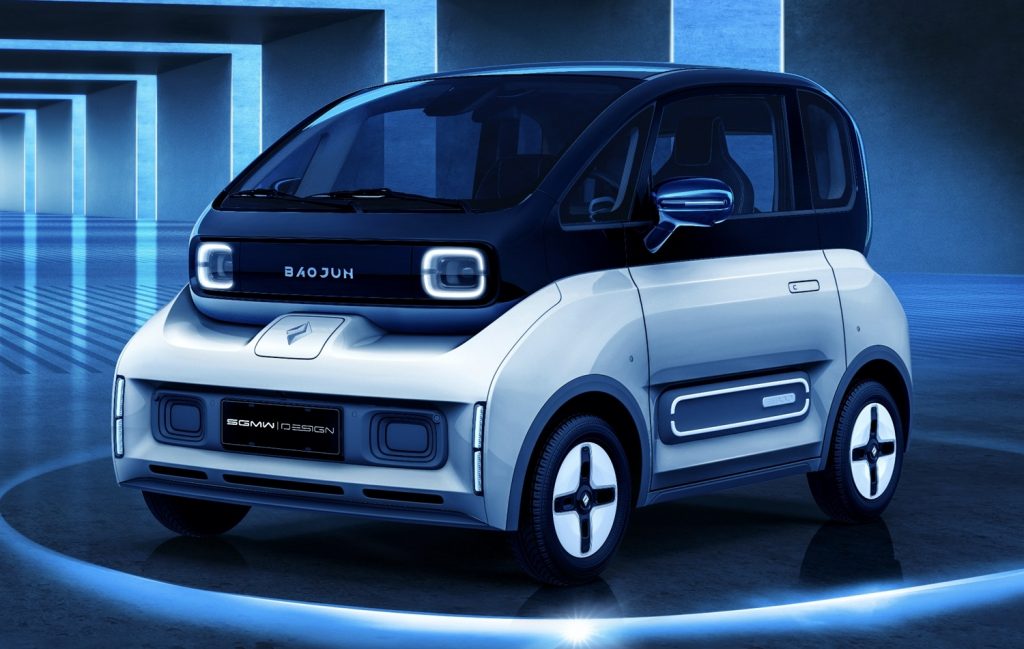 By completely subverting the traditional design philosophy, Baojun’s NEV is a truly revolutionary model that the brand presents as the ideal car for young people in the contemporary city of the future. Its avant-garde, split-body design and two-tone color scheme form a visual separation between the top and the bottom of the car, creating a highly distinctive image. 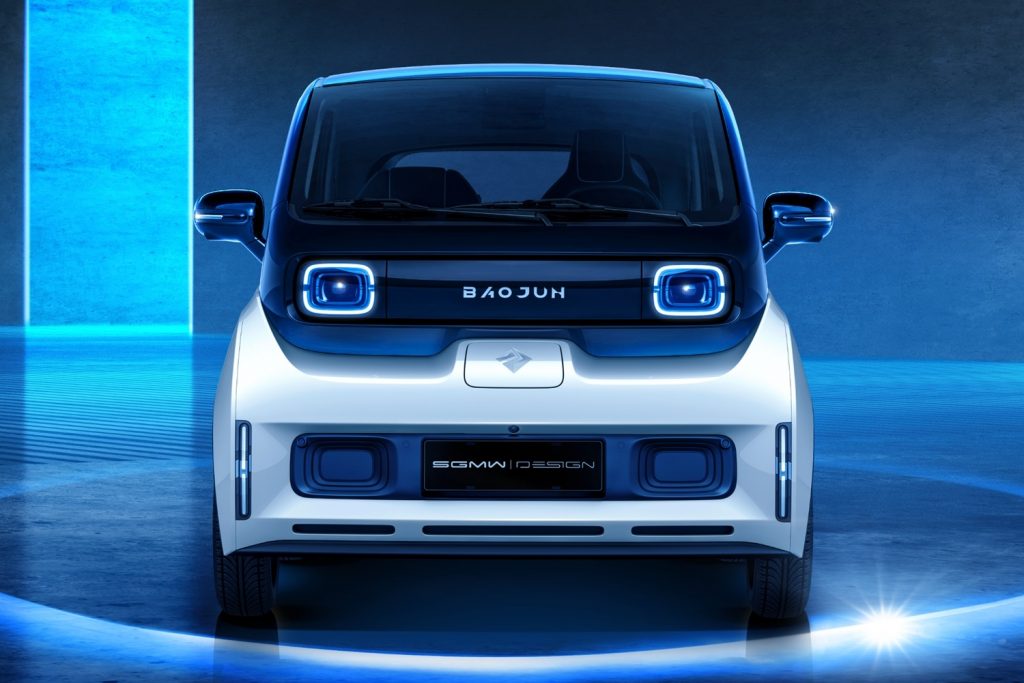 In addition to the particular design with well-marked volumes that divide the body in two, the front end of the Baojun New Energy Vehicle perfectly simulates the face of a cartoon robot. Its face is characterized by the two rectangular headlights shaping the eyes, the central charge port cover acting like the nose and the lower panel that houses two speaker-like moldings representing the mouth.

Baojun states that its upcoming city car perfectly combines functionality and technology, and has been designed with attention to detail. As such, the lower end of the door panels use a molding with scratch-resistant material, while the flat and minimalist exterior design presents a futuristic look. 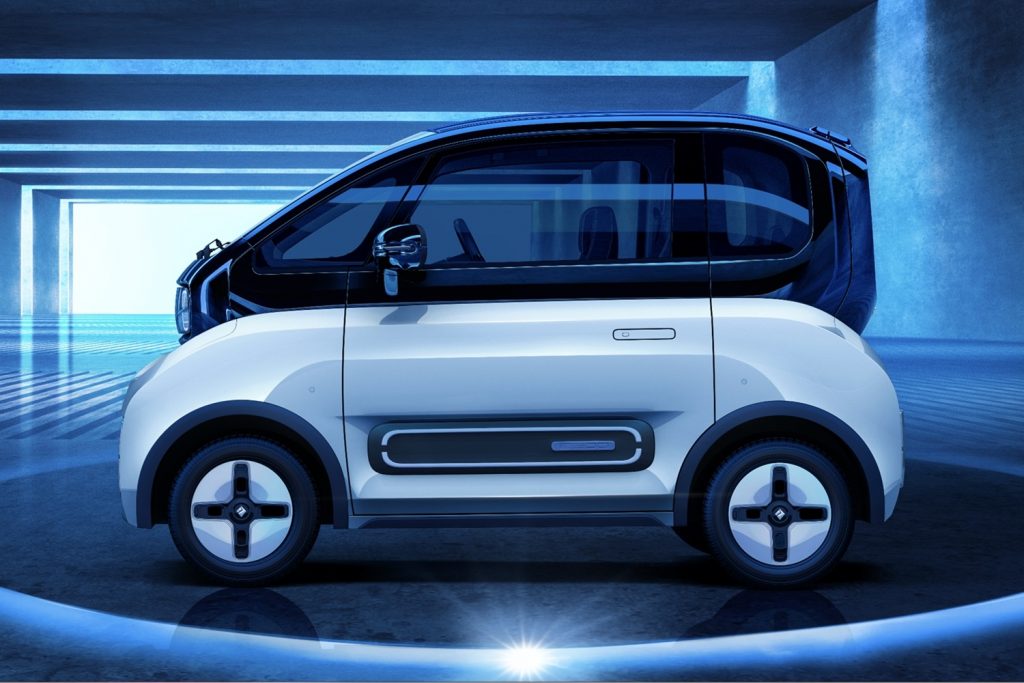 On a functional level, the cruciform design of the alloy wheels and the concealed door handles not only serve an aesthetic purpose, but also effectively reduce wind resistance. This is undoubtedly an essential feature that any electric vehicle should have. For now, the brand did not reveal any images of the rear or the interior of this new model. 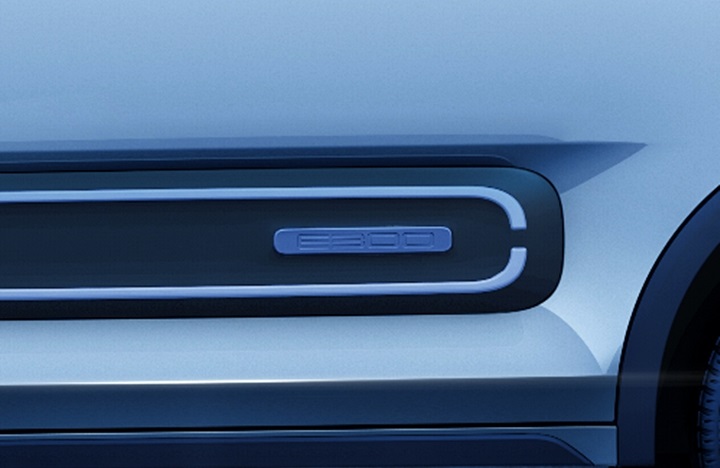 As mentioned above, the official name of the upcoming Baojun NEV has not yet been announced. Oddly enough, by zooming in on one of the vehicle’s images, we managed to read the designation “E300” on the door molding – in line with the previous Baojun E100 and E200 minicars. However, by adopting the latest design language and the brand’s new logo, this new model is expected to launch with the new naming nomenclature.