If we told our readers we found a used Buick with just under 200,000 miles on the odometer for sale for $12,000, we wouldn’t blame them for thinking we were talking about something like an Enclave or Encore.

What we’ve really found is, thankfully, much more interesting than that. This well taken care of 1968 Buick Skylark is currently for sale at Derek Motor Car Co., a dealership in Fort Wayne, Indiana, and has the mileage and price tag of a used economy car. This appears to be a survivor car mostly, with the listing making no mention of restorative work. It also has original seats and original body panels. 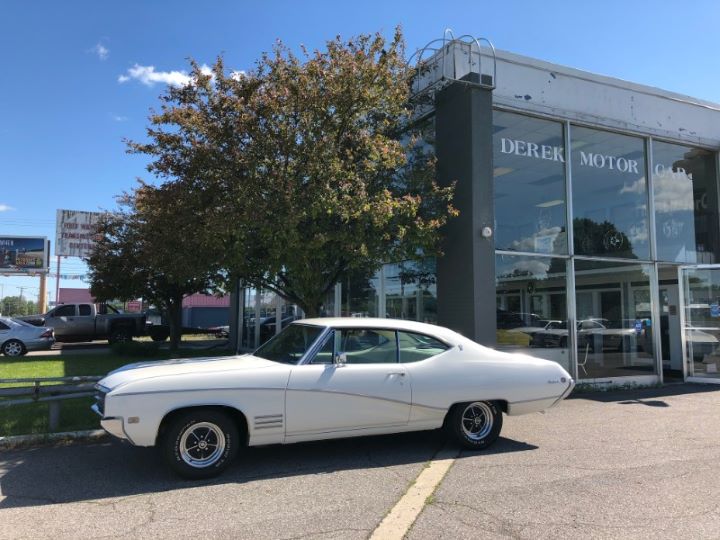 It’s not a completely original car, though, as the listing indicates the car has a “reconditioned” engine bay. It’s not clear if the 350 cu. in. Buick V8 is the original engine, either, or if it has been swapped out for a different Buick V8 at some point. It also has some customer interior parts, including an aftermarket steering wheel and gauges.

The listing says the body is in good condition and has no rust, so for anyone wanting a project, this car would need very little work to make it look a whole lot better. A more exciting exterior color would do wonders for this rather drab white old Buick, we think. 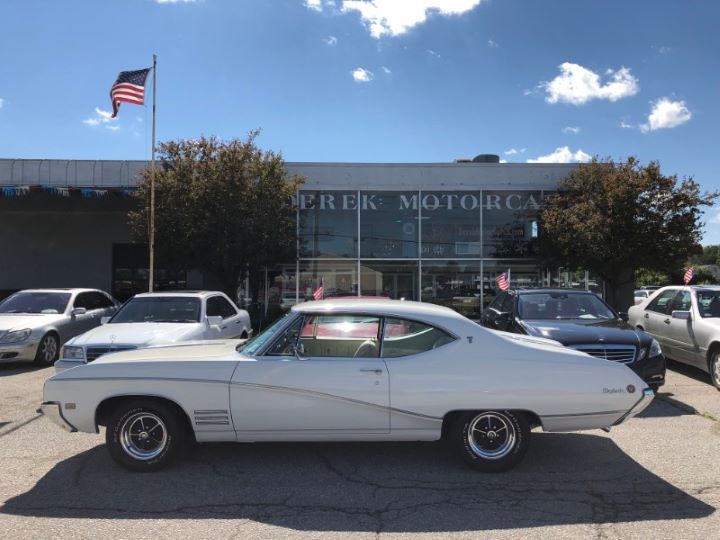 The dealership says the car has 199,883 miles on the odometer. It’s asking $11,995 for it, which is above market value for a Buick Skylark of this type, according to Hagerty’s online valuation tool. We suppose its engine bay “reconditioning” is worth a few pennies, though. 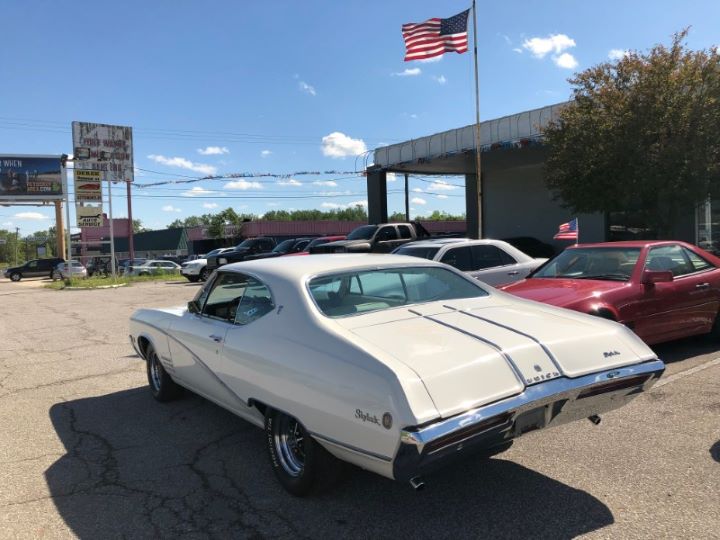 Check out the listing for this 1968 Buick Skylark at this link for additional information and photos and feel free to let us know what you’d pay for it in the comments below.