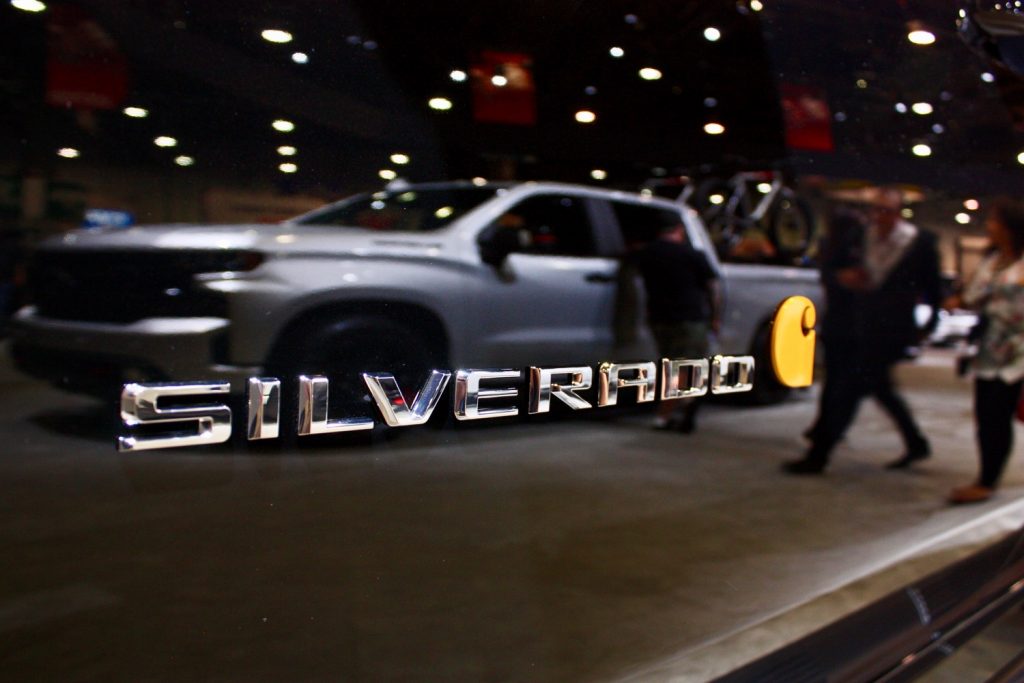 “We worked closely with Carhartt and tried to keep [the production truck] as true to the concept as possible,” Milne said.

“The hard part, and what we couldn’t do, is that the concept used the Duck Fabric that Carhartt is known for,” Milne explained. “It had it on the tonneau cover and on parts of the seats. But wherein on a Carhartt jacket, the right of passage is breaking it in, not so much on a vehicle.” 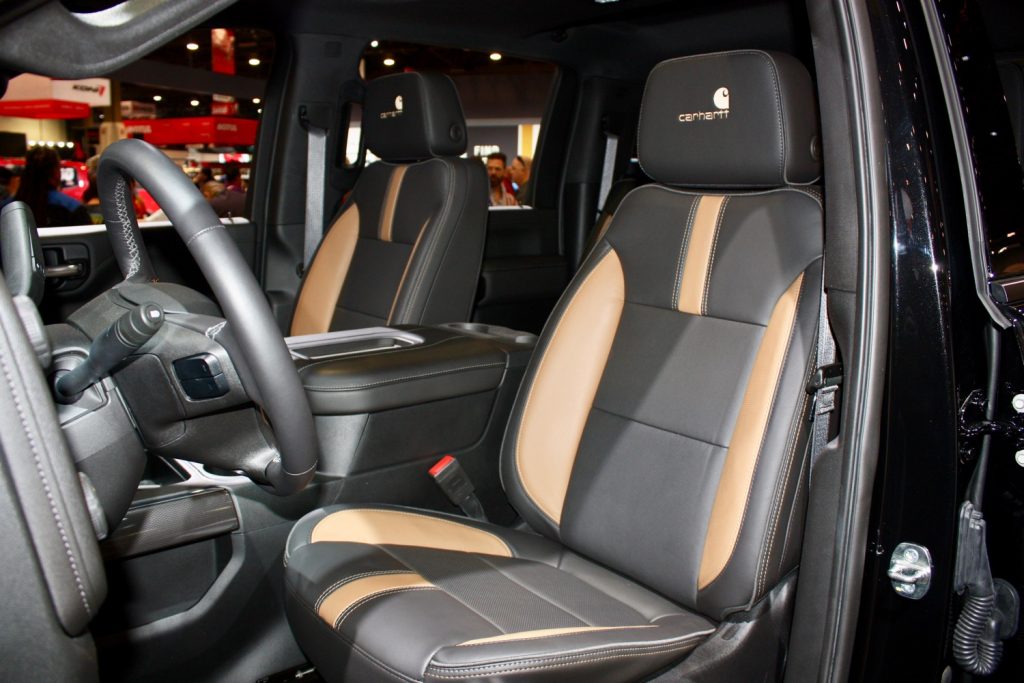 As such, in the transition to the final production truck, the Chevrolet Silverado Carhartt Edition went a different direction for the upholstery.

“What happens is on the seats – [GM’s] stuff is validated – the leathers and cloths from an entire wear usage standpoint, but [Carhartt’s] is part of the break-in process, so we actually were able to match [Carhartt’s] color with a leather that we had, so this is a unique seat for the Carthartt Edition,” Milne said. 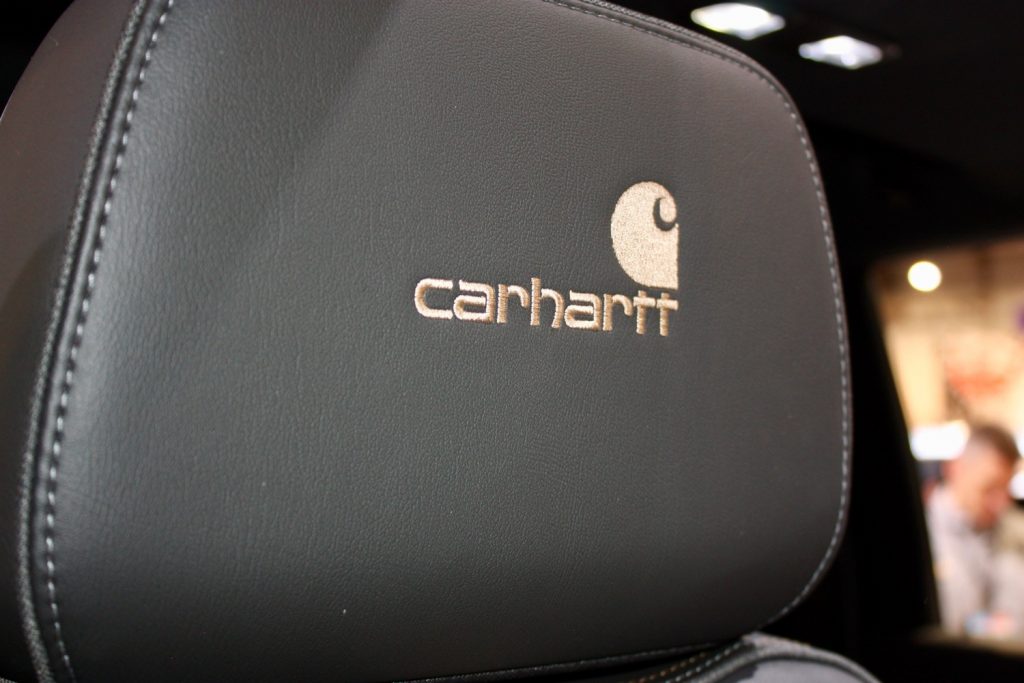 The new material and color can be found on the seats and in the embroidered Carhartt logo in the headrests. The color is also found in the upholstery stitching on the dash, center console, and armrest.

However, the new color doesn’t carry over to the doors, which keeps the traditional black stitching and upholstery finish. We asked Milne why the doors didn’t receive the same treatment as the seats:

“To do stuff like that requires a lot more parts and expense,” Milne said. “So what we were able to do is deliver a very unique look, very Carhartt, very upscale, without driving a ton of extra expense.”

“So it’s really not going to be that expensive of a package,” he added.