The latest 2020 mid-engine Corvette is an impressive machine, no doubt about it, but the C8 owes much of its success to the cars that paved the way to full production status. Also known as the Chevrolet Engineering Research Vehicles, or CERVs, these vehicles were the first to carry the mid-engine Corvette torch, and came equipped with a number of impressive high-tech features. The CERV III is a great example of this future-leaning vision. 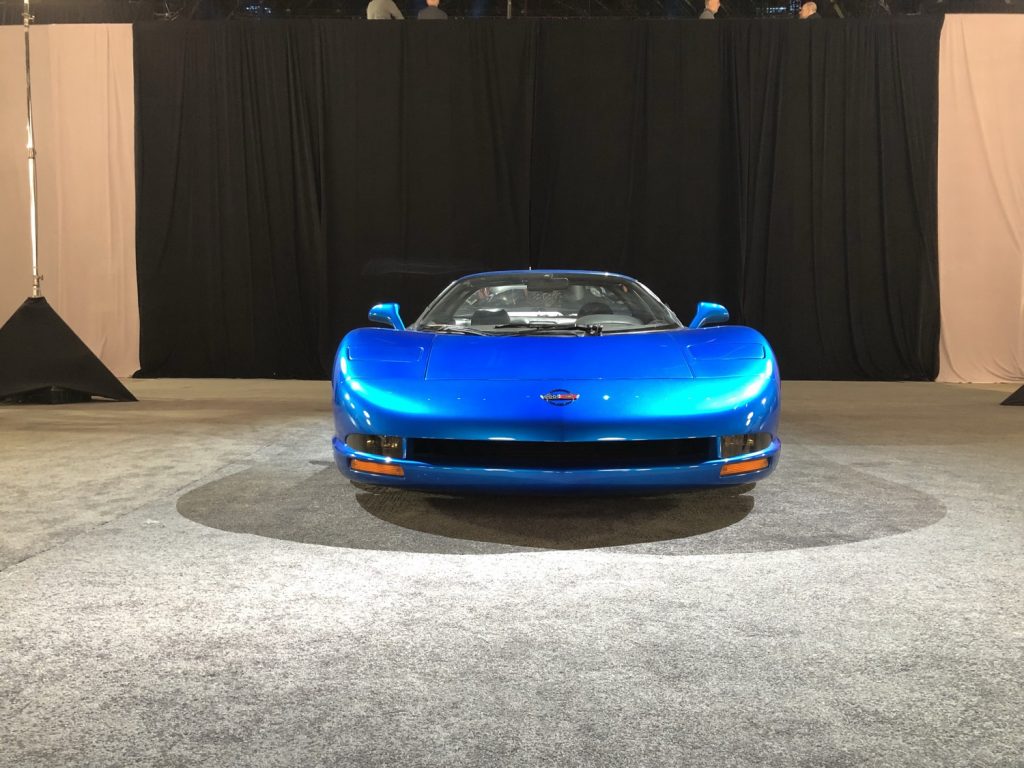 The mid-engine Corvette CERV III evolved from the 1986 Corvette Indy concept, which originally debuted at the Detroit Auto Show. Styled by the Chief of Chevy III Studio, Jerry Palmer, the CERV III not only looks the part of a rocket ship, but also has the features to match, including high-tech materials like carbon fiber, Nomex, Kevlar, and aluminum. 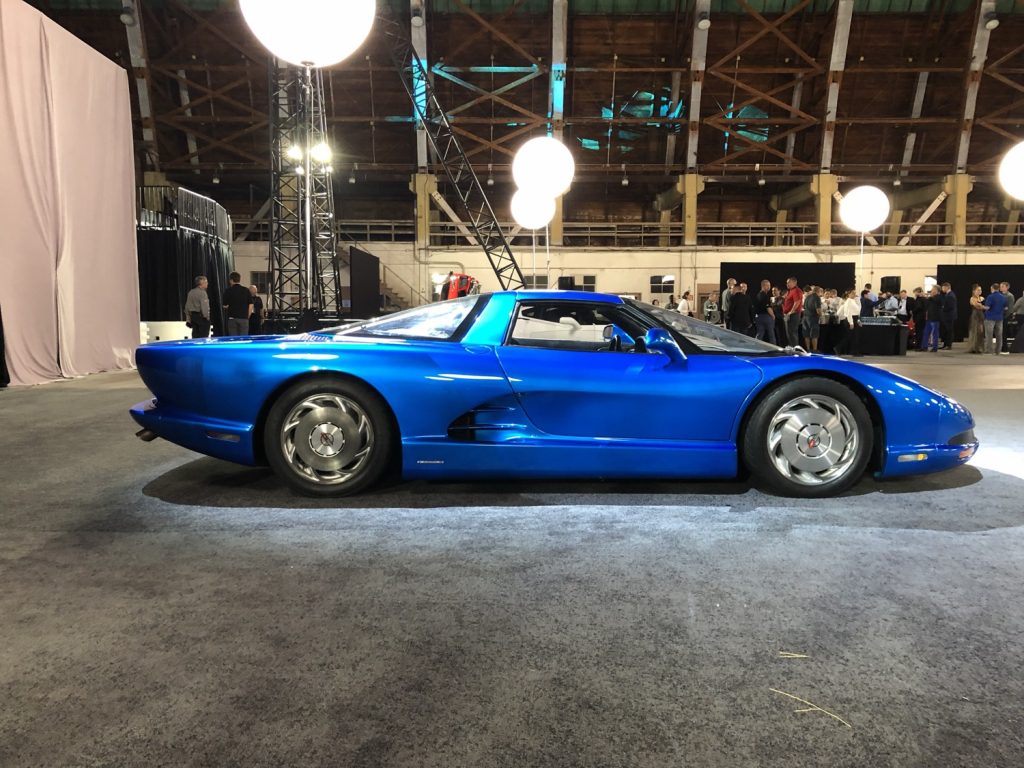 Mounted in the middle of CERV III is the same 5.7L LT5 small block engine as the 1990 Corvette ZR1, a lump that was subsequently twin-turbocharged for the experimental build. Final output was rated at 650 horsepower and 655 pound-feet of torque, a heart-stopping sum for the time. Power was then sent to a high-performance all-wheel-drive system through a six-speed automatic transmission. 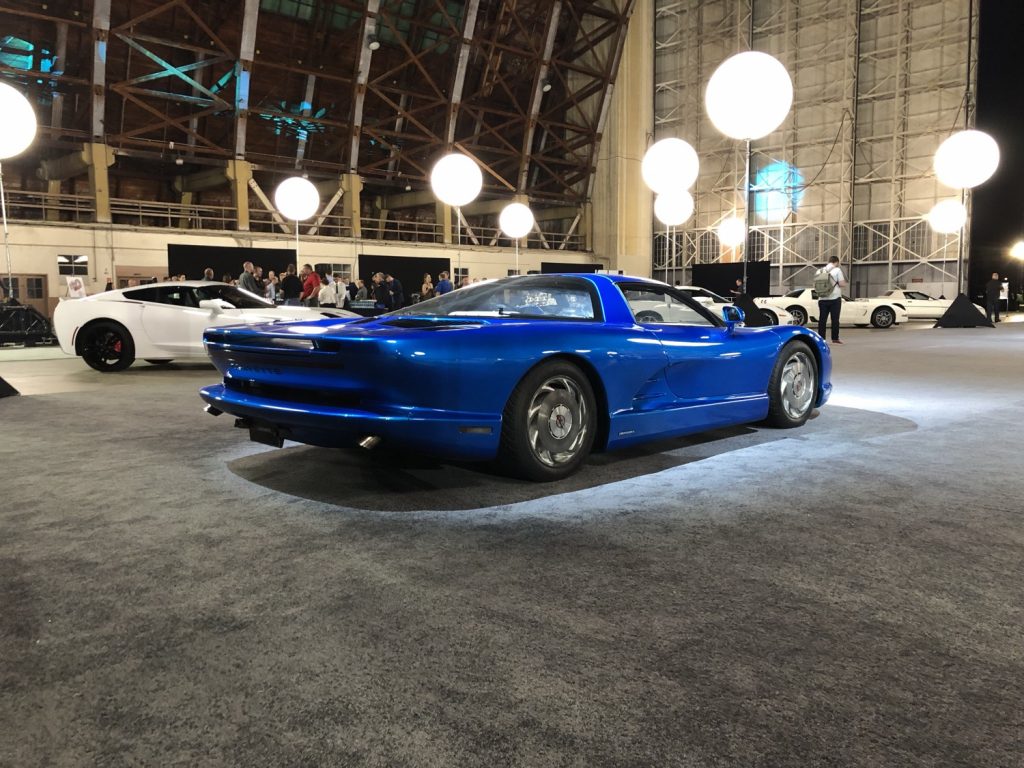 General Motors claimed a run to 60 mph in just 3.9 seconds, with 1.10 g in lateral acceleration and a top speed of 225 mph – all genuine supercar numbers, even by today’s standards.

To help keep it on the road, the CERV III mid-engine Corvette predecessor was also equipped with a computerized suspension made from titanium, with onboard systems measuring things like yaw and pitch, then adjusting the settings as needed to maximize grip levels. There are also dual-disc brakes at all four corners, and four-wheel steering to boot. Finally, scissor doors open the way for ingress and egress, while digital displays kept a tab on vitals in the cabin. 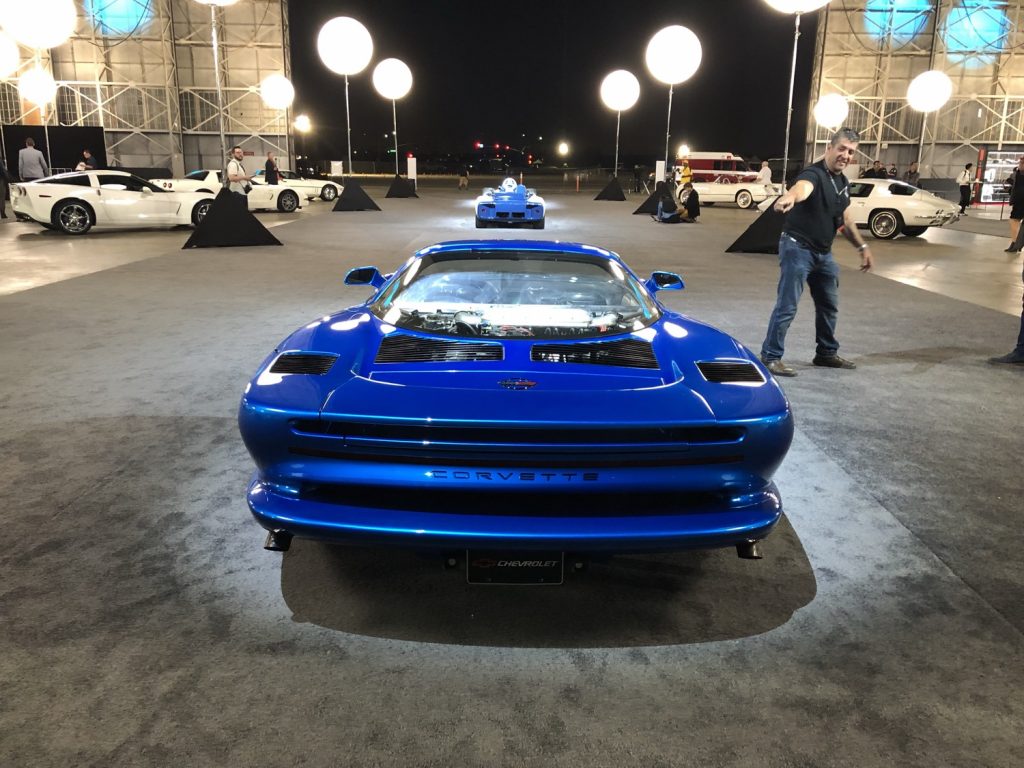 In spite of its outrageous performance and impressive features, the CERV III mid-engine Corvette predecessor still included many of the elements needed for a production-ready vehicle. For example, CERV III was shorter in terms of overall length compared to the preceding Indy concept, while the ride height was also raised and the suspension had adequate travel for normal roads. 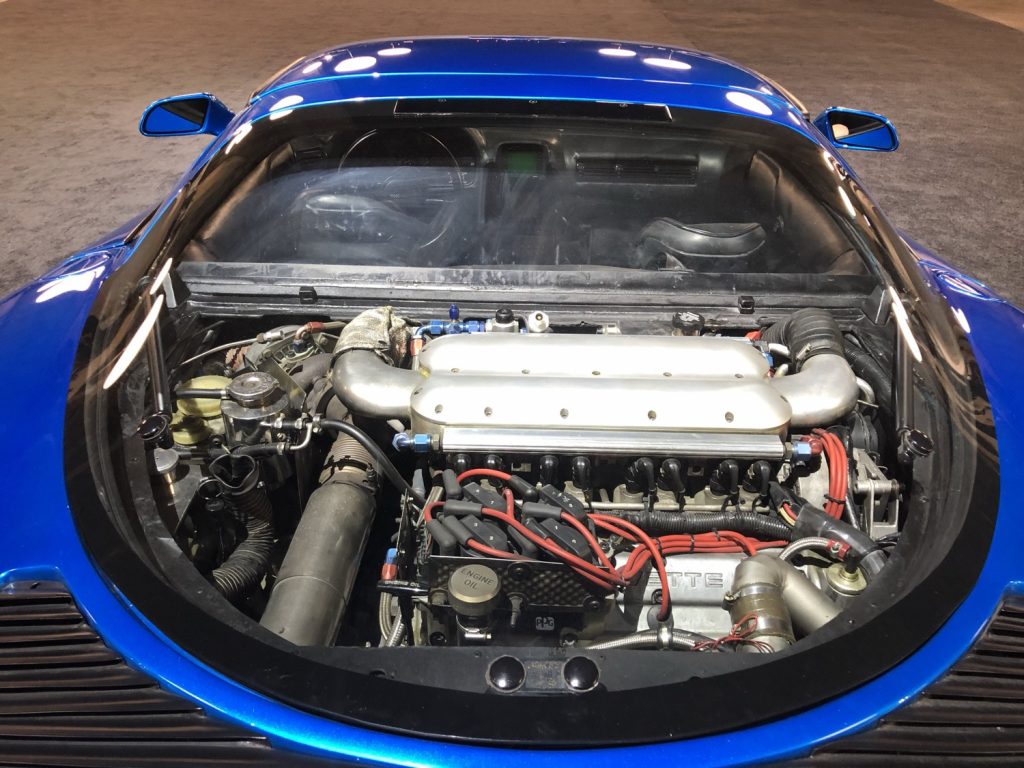 Unfortunately, the prospect of selling a high-dollar exotic just wasn’t in the cards for General Motors at the time, with pricing for such a thing expected to range as high as $300,000 to $400,000. Nevertheless, the CERV III’s technological development helped to usher in the modern mid-engine Corvette C8, and for that, it deserves praise.