Back in October, we covered Grind Hard Plumbing Co.’s custom Chevrolet Camaro kiddie car, which features scaled-down bodywork inspired by the fifth-gen Chevrolet Camaro SS, as well as a front-mounted 500cc Polaris Predator engine driving the rear wheels. When we last checked in, the folks at Grind Hard Plumbing Co. were still hammering the thing together. Now, it’s looking like this mini ‘Maro is ready to rock, as evidenced by a new video post. 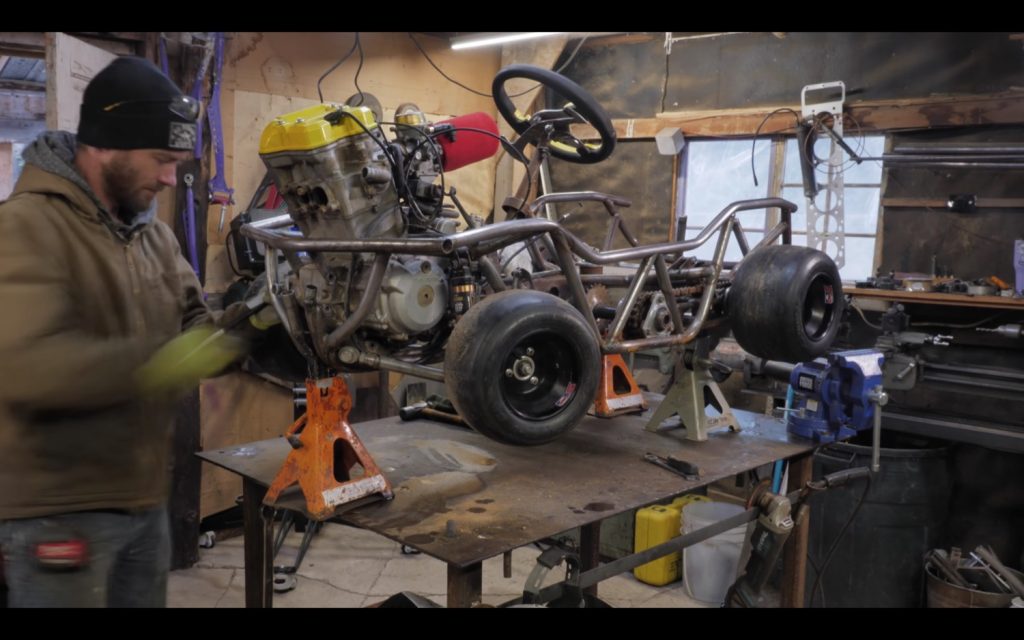 The video includes both slow-mo footage of the build process, as well as shots of the Chevrolet Camaro-style go-kart blasting sideways through the snow.

To kick things off, the builders strip the custom Chevrolet Camaro kiddie car down to the bare chassis. They then add a few final touches, such as paint work and extra chassis reinforcements.

It’s pretty cool to see this thing down to the bare chassis, and it gives you a good idea of all the custom work that went into its creation. 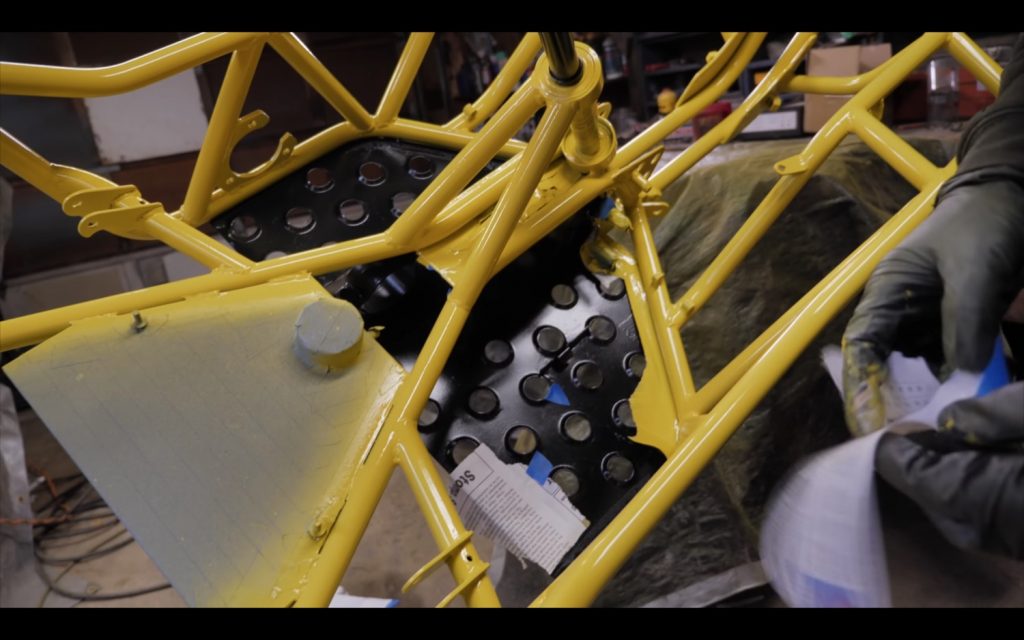 We’re also digging the custom paint work, with a black floor pan, oil tank, and suspension, as well as a “John Deere yellow” frame. The builders also weigh some of the components, such as the engine and frame, just to see how many pounds are in play here. 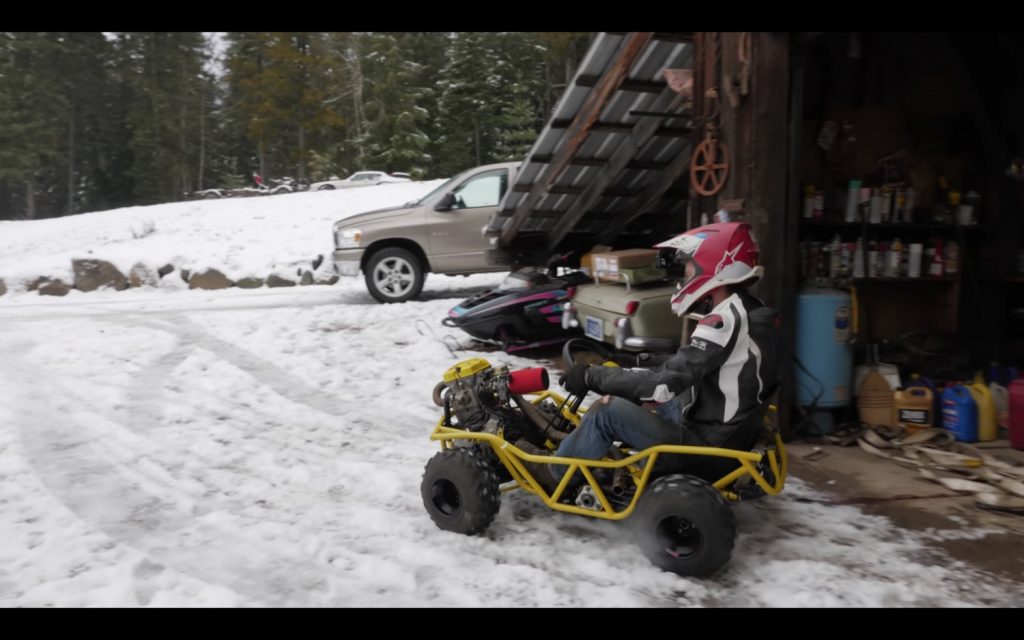 After piecing it back together, the builders throw on some dirt tires for “a proper test.” They also leave the Chevrolet Camaro body pieces off for the rip session, which makes sense considering the mud and grime churned up during the test. 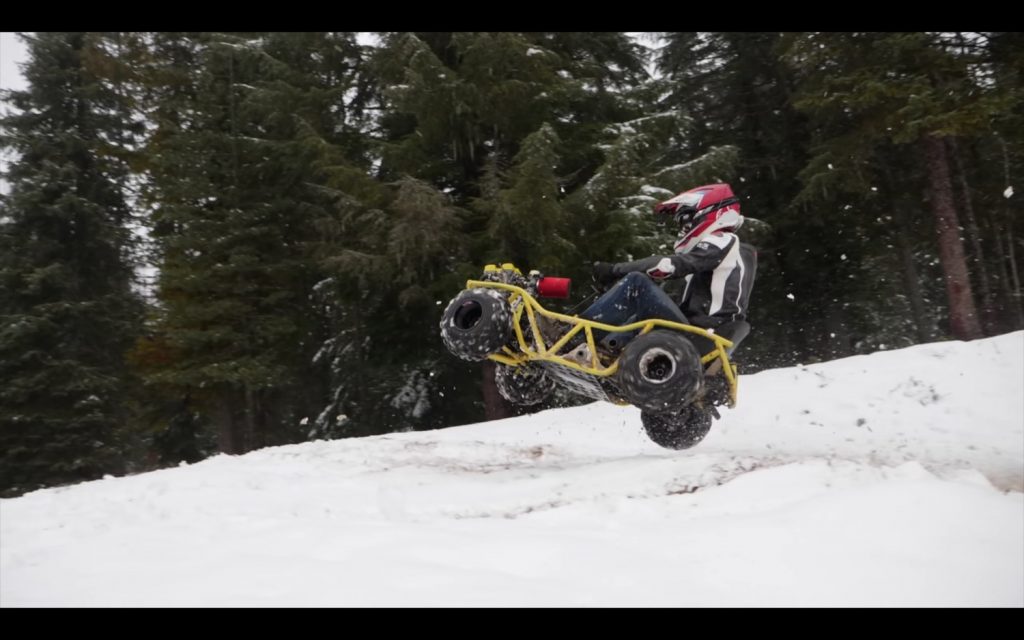 This ATV-powered Chevrolet Camaro kiddie looks like an absolute blast to drive, sliding the rear end with ease as it oversteers around corners, and even catching some air over a few jumps. It’s the sort of thing that makes you want to run out to the garage and build one for yourself. We can’t wait to see what comes next! 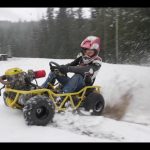 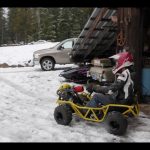 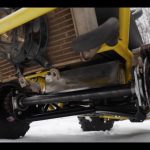 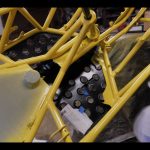 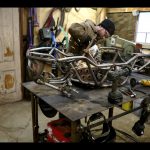 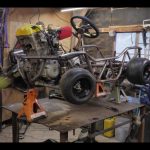 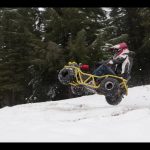